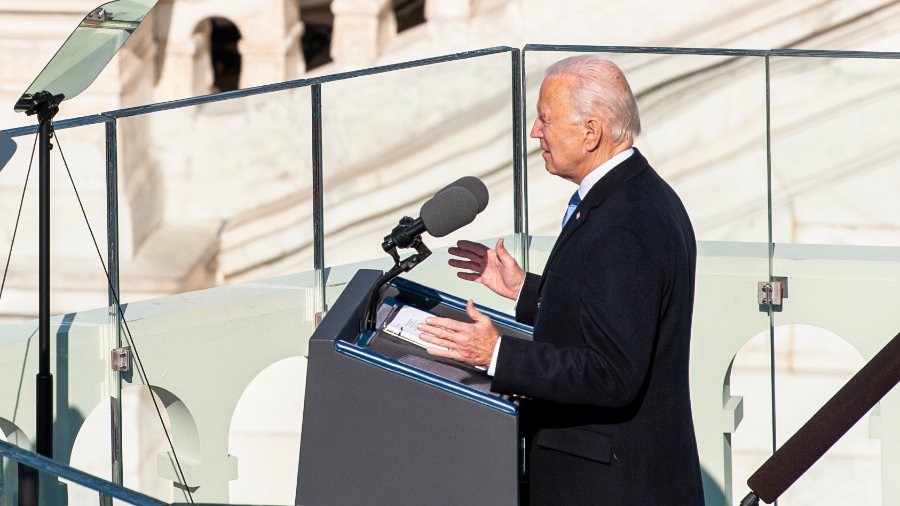 As you doubtless know, a significant majority (at least 75%) of white and Hispanic Evangelicals did not vote for you.

However, Mr. President, please allow me to congratulate you on behalf of millions of Evangelicals on having been elected to serve in the highest political office in the land. And, make no mistake, we accept you as our president. You will not hear from us the dangerous nonsense, “He will never be our president.”

As you doubtless know, the Bible exhorts us to pray for “kings and all who are in authority” (1 Tim. 2:1-2). I was raised in a devout Christian home where I was taught, as most Evangelicals are at an early age, to pray for the president every day, regardless of his or her political affiliation.

I can assure you that the vast majority of American Evangelicals will pray for you every day. We covenant with you to pray that our Father God will grant you godly wisdom and the mind of our Lord Jesus Christ in all your decision-making. We pray with the faith and confidence that “the king’s heart is in the hand of the Lord, as the rivers of water: he turneth it withersoever he will” (Proverbs 21:1). We will also importune our Heavenly Father to bless you with safety, health, and all spiritual blessings.

On issues that involve moral and ethical values, we will both pray for you and exhort you to apply timeless biblical principles and values as you make policy decisions that will impact the families in America and the world.

I can assure you that as you put the prestige and the “bully-pulpit” of the presidency behind the defense of First Amendment free speech, freedom of conscience and religion, human rights, and voice support for persecuted groups like the Uyghurs around the world, you will have the whole-hearted and full-throated support of the Evangelical community.

Mr. President, we will pray for you, support you when we can do so without violating our consciences, and we are united in the rejection of violence and in our commitment to peaceful redress of grievance and nonviolent protest.

Evangelicals are also overwhelmingly committed to the sacredness of all human life, from conception to natural death, and everywhere in between. We urge you to extend the legal protections of the law to all of our citizens, pre-born and born.

Therefore, we earnestly plead with you to prayerfully reconsider your stated positions on abortion on demand. No one, not even a mother, should have the absolute right of life and death over another human being, even their child.

Mr. President, we will pray for you, support you when we can do so without violating our consciences, and we are united in the rejection of violence and in our commitment to peaceful redress of grievance and nonviolent protest.

America needs moral conviction in our highest office. America’s children need a model of leadership committed both to excellence and to virtue.

Originally published at The Christian Post. Reprinted with permission.