The Amish are often regarded as uncivilized people, but perhaps there’s something we can learn from them. 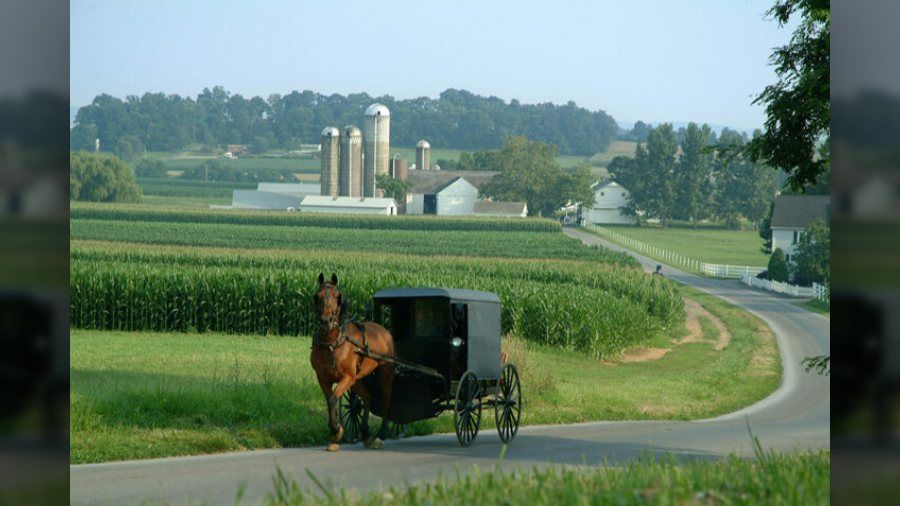 For nearly 30 years, Amos Miller has owned and operated Miller’s Organic Farm, an all-natural Amish farm located in Bird-in-Hand, Pennsylvania. Like many Amish farmers, Miller likes to do things the old-fashioned way. He doesn’t use electricity, fertilizer, or gasoline, and he also stays away from modern preservatives.

The farm’s reputation has grown over the years, and it now boasts a private buyer’s club of approximately 4,000 members. Miller has sold all sorts of food to his buyers, such as organic eggs, raw milk, grass-fed beef and cheese, and fresh produce.

“They use it as a medicine,” Miller said in a 2021 interview. “It’s very healing to the body because it’s raw.”

“They’re good people,” said one of his customers. “Their place is very clean, and their produce is excellent.”

In recent years, however, the farm has found itself in the crosshairs of the U.S. Department of Agriculture because of its failure to comply with federal farming regulations.

It all started in 2016, when two listeriosis illnesses that occurred in 2014 were traced back to raw milk sold by Miller’s Organic Farm. Both infected people had to be hospitalized, and one tragically died from the illness.

The USDA has been trying to bring the farm into compliance with federal regulations ever since, but it’s been a long, hard series of court battles, in part because Miller has been, by his own admission, less than fully co-operative with the government. Miller is facing fines and jail time for his actions.

The story reached a climax in March of this year when a federal judge ordered Miller to cease and desist all meat sales and authorized armed U.S. Marshals to use “reasonable force” to gain access to Miller’s farm so a court expert could inspect it. The expert — accompanied by the armed Marshals — took an inventory of all Miller’s meat, and federal inspectors are now returning every few months to make sure he hasn’t sold any of it.

For many people, the traditional lifestyle of the Amish is a curious phenomenon. Any pluralistic society is bound to have a few non-conformists, of course. But the Amish are not few and far between. Here are entire communities which, largely due to religious convictions, have renounced the pleasures and conveniences of modern life.

For some, the Amish are simply different. They are old-fashioned, even uncivilized in the eyes of some. But before taking this as a given, consider the case of Amos Miller. Consider, in particular, his employees and customers, and the armed U.S. Marshals who entered his property uninvited, and ask yourself this question:

Who exactly is being uncivilized here?

Arguably, the most uncivilized people in this entire ordeal have been the supposed “representatives” of the civilized world. While Miller, his employees, and his customers have all engaged in peaceful, voluntary transactions, the federal agents have used overt threats of brute force to get Miller to comply with the terms of a third party.

So much for “civilized.”

It almost makes you wonder if we’re the uncivilized ones. Perhaps the Amish have figured something out that the rest of us have yet to understand.

Obviously, this is a possibility. A farming operation that isn’t regulated by the government may have more risks than one that is. But this simple fact doesn’t give us the right to dictate the appropriate level of risk others can take.

Are we our brother’s keeper? Is it really our job to police every little thing our neighbors do, even down to telling them what they can and can’t eat? Why not let them make their own choices? Why don’t we just mind our own business and let people do what they want?

“That’s just the thing,” goes the popular response. “‘Minding our own business’ should not be the goal. We live in a community, after all, and it’s our job to care for our neighbors, even when they won’t look out for themselves.”

Ah yes, “community,” that ultimate rebuttal to the self-centered libertarian who refuses to care about anyone else.

As it turns out, the Amish also have something to teach us about community.

Have you ever noticed that the Amish rarely seek positions of political power? This isn’t an accident. For them, the goal is simply to “live peaceably with all” as the book of Romans puts it, “to live quietly, and to mind your own affairs, and to work with your hands” as it says in 1 Thessalonians.

Yet despite their lack of involvement in politics, the Amish are some of the most community-oriented people out there. They know their neighbors almost as well as their family, and they are always ready to lend a hand when someone in the community is in need.

They do have strict social customs, of course, but the key is that they only enforce those customs amongst themselves (that is, on their own private property). They never seek to impose those values on others with force. They “mind their own business,” in that sense. If someone doesn’t want to participate, they are simply ostracized and left alone.

Herein lies the lesson we can learn from the Amish: you don’t have to mind other people’s business in order to be pro-community.

In fact, minding other people’s business when they don’t want you to is actually a rather anti-community disposition. It’s amazing this needs to be said, but coercion is not neighborly. Forcing your neighbors to live a certain way or make certain choices is about the most anti-community thing you can do. And yet, that’s exactly what the government does when it passes laws which are ultimately enforced with intimidation and threats of violence.

Contrary to what the politicians will tell you, genuine communities are built on voluntary interactions. Respecting people’s property rights — “minding your own business” — is not antithetical to civil society, but is in fact a key cornerstone of it. As the Amish show us, the recipe for a healthy community is mutual respect and mutual agreement — getting involved in other people’s business only to the extent that they welcome that involvement. If people can’t agree, it’s best for everyone if they simply go their separate ways.

Having said all that, it’s great that we want to look out for our neighbors, and we should absolutely warn people about risks they might be exposing themselves to. But the key to building a healthy, civilized society is to allow people to ultimately make their own choices, even if we may disagree with their decisions.

“Anything peaceful,” as Leonard Read would often say.

The Amish may be decades behind us when it comes to technology, but they are decades ahead of us in living out that principle.