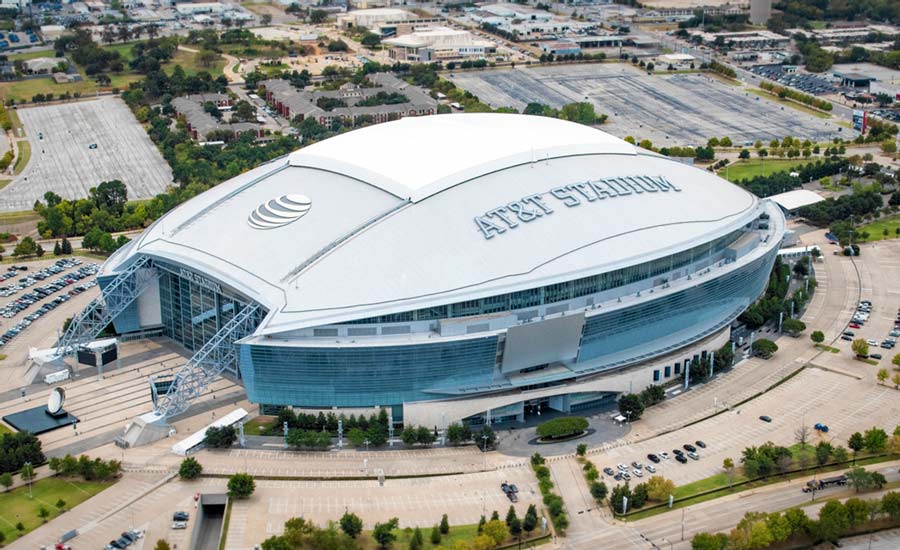 The cancel culture must be getting desperate. After a month of having their lunch handed to them by Georgia, Montana, Arizona, Texas, and the conservative movement in general, the bullies on the Left are frantically trying to prove they’re still relevant. The trouble is, fewer and fewer people are a) intimidated; or b) paying attention. But as Promise Keepers’ Ken Harrison will tell you, that hasn’t stopped the mob from making a stink about the big PK event scheduled for July in Texas.

If you’re looking for woke hot spots, US sports may be the biggest offender outside of government schools. From Major League Baseball to the NCAA, America’s leagues seem intent on driving away fans and profits with their political extremism. USA Today‘s Mike Freeman, a columnist for the paper, is the latest to bet that the NFL will back him in his absurd quest to cancel a Christian conference for daring men to act like… men! In today’s world, that’s apparently a shocking enough concept that Freeman thinks Dallas’s AT&T Stadium should call off the event entirely.

At the end of the day, the Left is scared of one thing: our impact.

“I’m tired,” Freeman declares dramatically. “Just really tired. Tired of ignorance. Tired of fear. Tired of how some use both as weapons, cloaking bigotry as patriotism or religious freedom” — which is what he accuses Promise Keepers’ Harrison of doing. Comments like his, the sports beat writer says, “shouldn’t be anywhere near an NFL team. A company like AT&T shouldn’t be associated with them either.”

And what are these outrageous comments that has the Left in such hysterics? Nothing short of biblical worldview on marriage and gender. “Look,” Harrison said, when USA Today contacted him and asked if he regretted his stance, “today’s culture is blurring the lines when it comes to sexual identity.” That’s not hate speech, he insisted. That’s reality.

Freeman disagreed, insisting (as so many radicals before him have) that people who identify as transgender “simply want to exist.” Where have we heard that before? Oh, right. From the domestic partnership debate. From the same-sex adoption and marriage debates. And now from the transgender debate. The far-Left has been lying about this grand compromise for years. “Live and let live,” they promised during “Don’t Ask, Don’t Tell,” bathroom privacy, and school debates. Now, we have drag queens reading to our kids in elementary school, girls running from the half-naked boys in their locker rooms, and teachers getting fired for using the “wrong” pronoun. That’s oppressing. It’s coercing. It is not, as hundreds of victims will tell you, “existing.”

The irony, as Ken explained on “Washington Watch,” is that Christians continue to welcome people they disagree with into the conversation. We may disagree with some people on biblical marriage and sexuality, but

…we don’t want to exclude anybody. That’s the source of the attack, is that people aren’t going to be welcome. We’re saying bring everybody who wants to hear the gospel. Anybody who Jesus would appreciate that we want to preach to. So everyone is welcome to come. But we are going to be preaching the gospel clearly and authentically. And I did have one leader call me and say that he wanted us to assure him that nobody would be offended by our event and [that we would] preach the gospel. But if no one is offended, then we didn’t do a very good job.

We Should All Be on the Same Side

And frankly, Ken points out, everyone should be on the same side when it comes to the importance of fathers and solid marriages. The social benefits are too overwhelming to ignore.

I was a policeman in Los Angeles, in south central L.A. back in the 80s and 90s… I saw what happens when boys are not raised by fathers… You had 90 percent who are really good people in a very Christian churchgoing culture of south central L.A., held hostage by 10 percent of violent, angry, driven young men with no discipline. And that’s where we’re heading unless men don’t start to raise their kids and have biblical values and start to be unpopular with their kids every once in a while because they stand for what’s right.

So far, the Dallas Cowboys and owner Jerry Jones don’t need convincing. They see the value in tens of thousands of men coming together to try to live a life of purpose. “They’ve been great to us, and I have nothing negative to say about them at all.” And why should any of this be controversial?

We are not teaching misogyny, we’re not teaching chauvinism. We’re teaching men to lay down their lives, to be godly leaders to their family, to teach their children the word of God, to cherish and love their wives… That’s what Promise Keepers is about. It’s amazing that anybody would be threatened by that.

The Left is Scared of One Thing

At the end of the day, the Left is scared of one thing: our impact. “They don’t want to see us unified and standing strong, because [that’s when we’re] a powerful force for the Lord and our children.” If the church would stick together, Ken believes, there’s no limit to what godly men and women could do.

If you want to be a part of the movement, consider going to the Promise Keepers’ event this July. Details are available on their website.