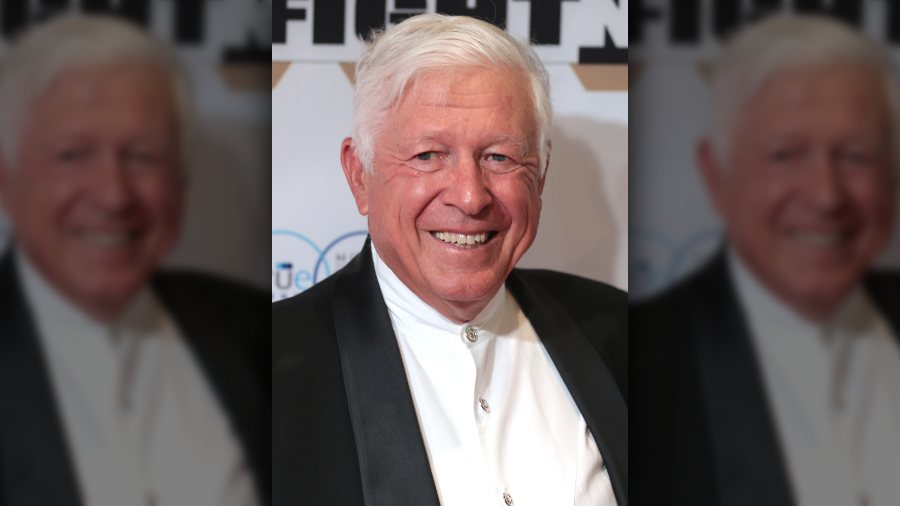 Note: Foster Friess, businessman, philanthropist, friend to The Stream, passed away peacefully Thursday, surrounded by his family.  He was 81 years old. Friess announced in March he was battling myelodysplastic syndrome, a cancer that affects the bone marrow.

“We are grateful for the wonderful life Foster lived and thankful to the many people who have shared their prayers during his illness,” his family said in a statement.

Friess famously started his investment career with $800 in U.S. Army leave pay. And became, in Neil Cavuto’s words, one of the “century’s great investors.” He would donate more than $500 million of his fortune to philanthropy around the globe.

Friess had a tremendous love and concern for this country and her people. Last August we were proud to publish this op-ed.

In his honor, we repost it again today.

Foster Friess is survived by his wife Lynnette, their four children and 15 grandchildren.

But then Saint Hypocrisy arrived. The media, political class and educators had correctly championed the belief that we cannot hold all Muslims responsible for the 9/11 attacks. Now, these same elites want us to justify hurling epithets, spit and bricks at completely innocent police because of “systemic police racism.”

Life in America did not use to be like this. What happened?

The increased divisiveness is more than just tensions between Democrats and Republicans; between progressives and conservatives; capitalists and socialists. It is more profound — it’s Secularists versus Christians.

From Where Do We Derive Our Significance?

Democratic President Harry Truman said in 1946, “In this great country of ours has been demonstrated the fundamental unity of democracy and Christianity.” Harvard, Yale and Princeton originated as seminaries. Hospitals with names like St. Francis, St. John’s and Saint Luke dotted the landscape. But these days Secularists have successfully drowned out faith’s role in the founding of our freedom.

Can it [our Constitution] keep working if we cease to have those beliefs? Our Founders didn’t think so.

The Christian notion that God loves us, created us in His image and sent His Son to die for us affects the kinds of governments people build. That belief also gives us a sense of worth, of significance, even if we carry bedpans in a nursing home.

Secularists, however, derive their significance from the work of their own hands. From how much power, prestige, status, or influence they attain. Power is the biggest. They don’t see as fundamentally equal the residents of elite neighborhoods and rural farmers, Big Tech executives and hotel maids, Ivy League professors and disadvantaged dropouts.

Not to Be Served, But to Serve

Secular totalitarian dictators claimed some 169 million victims in the last century. Still, every day in lesser ways, ordinary people choose short-sighted, this-worldly satisfaction over the love of their fellow man. The results are always the same: broken relationships, civil discord and violations of justice. The Secularist quest for power fuels our increased divisiveness.

We each choose every day whether to be encouragers or denigrators. To make the right choice, we need to carve in our hearts the fact that God considers us important, loves us,  helps us overcome the fear of death and offsets our weaknesses with His grace.

That’s the man whom true Christians make their role model. He came “not to be served, but to serve.” Our Constitution was built to work with people who believed that to be true. Can it keep working if we cease to have those beliefs? Our Founders didn’t think so.

Our Government Won’t Work for an Immoral, Irreligious People

Thomas Jefferson said, “Of all the systems of morality, ancient or modern, which have come under my observation, none appear to me so pure as that of Jesus.”

John Adams went further, “Our Constitution was made only for a moral and religious people. It is wholly inadequate to the government of any other.”

A pastor friend surmised that of the 22 candidates who sought the Democratic nomination, none possessed such a Biblical worldview. The Christians in “holy huddles” and “hymn-singing country clubs” are waking up and finally responding to the Secularists’ war against them. The beheading of three statues of Mary and one of Jesus and the burning of Bibles in Portland is getting their attention.

Let’s each of us choose “servanthood” over “power.”

Forbes in 2018 recognized Foster Friess as one of the 10 most outstanding money managers of this generation. He now promotes a Philippians 4:8 world as “Head Wrangler” of Foster’s Outriders, created to help government stay on the right path, just as outriders kept cattle herds on the right trail.

Originally published at Real Clear Politics. Re-published with permission by the author.