Optimism among small business owners growing at a historic clip. 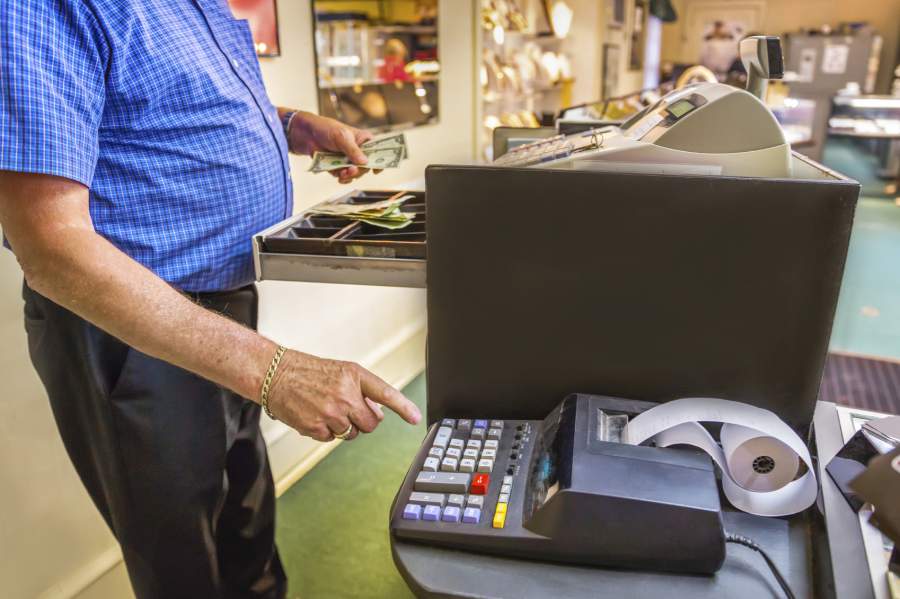 WEST NEWTON, Pa. — Bloom Brewery is the kind of Main Street business that shut its doors a generation ago when shopping malls lured customers to their mega-buildings with well-lit parking lots, extended hours and everything imaginable under one roof.

The brewery, which offers 24 artisanal beers on tap, sits near the Great Allegheny Passage, a 335-mile bike trail that has connected Washington, D.C., to Pittsburgh since 2013. And with it, a new kind of customer is being drawn through its doors, seeking comfort and community instead of big-box discount deals.

“When I first started, we were only open Saturday afternoons,” said owner Jeffrey Bloom, 52. “Now we are open Wednesday, Friday and Saturday, and we are growing all of the time. It’s a real sense of community when you are here, where conversation and good beer are a given.”

When Bloom was scouting different towns to house his brewery, no local officials offered him tax subsidies to entice him here — a sharp contrast to the estimated $4 billion in subsidies that local and state officials offered Amazon in nearby Pittsburgh to lure its second headquarters there. The new HQ was expected to deliver 50,000 high-paying jobs and an economic reboot.

Fabric of the Community

Despite practically being handed the keys to the farm, Amazon ultimately chose to divide its second headquarters between New York and suburban Washington — two of the wealthiest cities in the country — instead.

“There was never a chance they were going to come here,” said Joe Mistick, a former Pittsburgh Zoning Board chairman. “But I’d take a bunch of small businesses any day over Amazon. Their contribution to the fabric of the community is more valuable.”

A growing number of small-business owners are seeing an opportunity to make a comeback. This summer, a National Federation of Independent Businesses report showed that small businesses are growing and adding the most workers per firm since July 2006. At the same time, the Wells Fargo Small Business Index shows optimism among small business owners growing at a historic clip.

And their commitment to the community goes well beyond their business hours. Bloom sits on his downtown revitalization board, attends city planning meetings and creates events to draw people not just to his brewery but to the town itself. And for now, he does all of it while working a full-time day job as a lineman for Verizon.

A new Amazon headquarters would undoubtedly have brought jobs to the Pittsburgh region, but it also would have brought real-estate speculators, gentrification and soaring housing prices. In addition, Amazon’s convenience-through-technology model has caused many of the malls to shutter and Main Street businesses, too. And the bigger companies become, the less they care about the communities they serve.

The 2017 book Glass House told the story of Anchor Hocking, a century-old glass tableware company in Lancaster, Ohio, that was originally locally owned. Its corporate leaders served on local community boards. The wives of the leaders were local volunteers. But Anchor Hocking became detached from the city after a hostile takeover in the late 1980s, leading to several bankruptcies and mergers and acquisitions. Eventually, the ownership vanished, and the social capital of the city shrank.

Like Bloom, Mary Lou and Rob Rendulic spotted a business opportunity along the Great Allegheny Passage, opening their Bright Morning Bed-and-Breakfast in 2002. As the trail’s popularity surged, so did their profits. Eventually, they purchased the dilapidated homes flanking their bed-and-breakfast, giving them more rooms for guests.

Their booming business has boosted others nearby as well. Rob Rendulic said, “People who stay here also eat at the local pub or rent bikes from the bicycle shop or go to the new distillery across the bridge.”

America has always loved its innovators. From the railroads to driverless cars, they all moved commerce and offered endless possibilities. But they also eliminated jobs and created a dependence on them we didn’t anticipate. Their senseless growth has led to a revolt — even in New York City, where leaders have slammed Amazon’s plans to colonize Queens, taking millions in subsidies while guaranteeing nothing in return.

But with entrepreneurs like Bloom and Rendulic, it’s heartening to see the small-business owners fighting back — one small store at a time.

Salena Zito is a CNN political analyst and a staff reporter and columnist for the Washington Examiner. She reaches the Everyman and Everywoman through shoe-leather journalism, traveling from Main Street to the beltway and all places in between.