America's talking heads don't appear to know who to blame in the wake of the Orlando massacre. Can we just stop pointing fingers and focus on the very real challenge of ISIS? 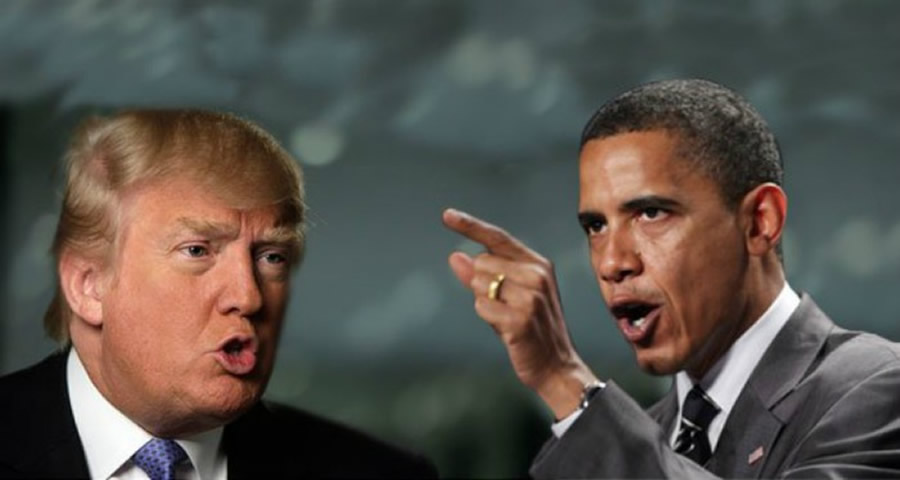 No, I’m not pulling your leg. “While the precise motivation for the rampage remains unclear” — more on that later — “it is evident that Mr. Mateen was driven by hatred toward gays and lesbians. Hate crimes don’t happen in a vacuum. They occur where bigotry is allowed to fester, where minorities are vilified and where people are scapegoated for political gain. Tragically, this is the state of American politics, driven too often by Republican politicians who see prejudice as something to exploit, not extinguish.”

This is strange, given that Omar Mateen, the now-infamous shooter at the Pulse nightclub, did not mention Republicans when he called 911 to pledge allegiance to ISIS and its leader, Abu Bakr al-Baghdadi. According to the latest reports, he did not mention Paul Ryan or Mitch McConnell when he called a local television station and declared the following: “I did it for ISIS. I did it for the Islamic State.” He did not rain down curses upon America’s roiling bathroom wars or even the scourge of supply-side economics when, terrified eyewitnesses reported, he said “he wanted America to stop bombing his country.”

Well, never mind all that. What do words even mean these days, anyway? “The 49 people killed in Orlando were victims of a terrorist attack,” the Times concludes, albeit reluctantly, given that 98 percent of its editorial blames Republicans instead, neglecting to mention that Mateen was a registered Democrat. “But they also need to be remembered as casualties of a society where hate has deep roots.”

Those “deep roots,” at least according to our friends at Salon, Rolling Stone, The New Republic, and a branch of Planned Parenthood Action, also include a special something called “toxic masculinity.” Mateen, at least according to this framework, was a catastrophic crockpot of conflicting prejudices, bigotries, societal corruptions, and, most importantly, a consistent hatred of women. ISIS, you see, was just a convenient smoke screen for Mateen’s real motives; in this view, no one could really believe any of that wild and crazy religious stuff, too.

Yet another culprit, in case you missed it, has become a media darling of late: the AR-15, a rifle that many journalists pretend they know everything about (pro tip: most don’t) and that also, inconveniently, was not actually used in the Orlando attack. Mateen’s gun was a Sig Sauer MCX carbine, but that didn’t stop Newsweek, the Washington Post, and dozens of other media outlets from obsessively lunging at the AR-15, declaring it a “weapon that shoots off 700 rounds in a minute” — that would be Democratic Rep. Alan Grayson being wildly incorrect — and, by extension, demonizing the millions of law-abiding Americans who safely own this gun.

Eh, details, what do they matter? Meanwhile, in the wake of the nation’s worst mass shooting in history, CNN’s Anderson Cooper berated Florida’s attorney general for not tweeting about gay pride. On Facebook, popular evangelical blogger Jen Hatmaker scolded her fellow Christians for what she saw as hypocritical attempts to show post-Orlando love and compassion: “Anti-LGBTQ-sentiment has paved a long runway to hate crimes.”

President Obama, not to be outdone, subtly blamed America. We need to do some “soul searching,” he told the nation, sounding exhausted, adding that Americans need “the strength and courage to change.” The president was not, alas, talking about changing the FBI, which, under his own administration, was apparently quite aware of Mateen, interviewed him multiple times, and was even warned by Disney World that he was likely casing out an attack. No, no: “These lone actors or small cells are very hard to detect,” Obama told America, despite clear evidence otherwise, “and very hard to prevent.”

Donald Trump, for his part, predictably yelled about immigration and his proposed Muslim ban, despite the fact that Mateen was born in the United States. Trump, who has had his usual wild-eyed carnival of a week, also called out Obama for his studied refusal to say “radical Islam.” The president, clearly furious, lashed out: “What exactly would using this label accomplish? What exactly would it change?”

Well, I can think of one thing that needs to change: The frenzied and absurd finger-pointing among Americans, at each other, in the wake of a horrific attack. If a turn of phrase can turn attention outward to the clear challenge of ISIS — and inward to our failed and cumbersome security apparatus, clearly unable to rise to this challenge — it would at least be a start.

This article originally appeared at RealClear Politics June 16, 2016 and is reprinted with permission.