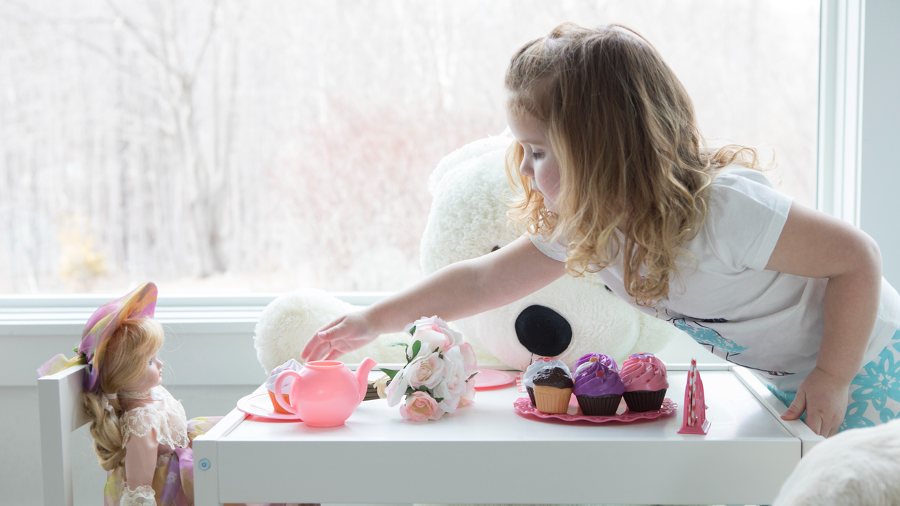 “Parents are reasonably outraged by the company’s new book, A Smart Girl’s Guide: Body Image, which pushes transgenderism. It’s a betrayal,” she said.

The 96-page book tells children the gender they were born with might not be their “gender identity,” which they need to explore.

Morse remarked: “The company says the target audience for this propaganda is girls 8 to 11. Really, how many 8-year-olds think about changing their gender, unless the idea is put in their heads by an adult?”

The book advises: “Parts of your body may make you feel uncomfortable, and you may want to change the way you look… That’s totally OK!”

“The book tells girls that if they’re not comfortable with the way they look, they can dress and act like a boy, change their names, and demand that they be addressed by different pronouns,” Morse said.

The book also advises: “If you haven’t gone through puberty yet, the doctor might offer medicine to delay your body’s changes, giving you more time to think about your gender identity.”

“They’re setting up children for puberty-blocking drugs and eventually surgery to alter their appearance,” Morse said. “In reality, the gender you’re born with is the one you’ll have until the day you die. So-called gender identity is an ideological construct.”

“Many young women who’ve gone through ‘transitioning’ have come to regret it. But, in most cases, what was done to them as adolescents is irreversible,” Morse said.

Chloe Cole, a California teen who formerly identified as “transgender,” underwent a double mastectomy at 15. She recently testified before a Florida hearing: “I was unknowingly physically cutting off my true self from my body, irreversibly and painfully.”

“This madness is no longer confined to government and the medical establishment,” Morse said. “Now Corporate America, which wants to be seen as cool and compassionate, is promoting chemical poisoning and surgical mutilation.”

“I hope families will voice their disapproval by boycotting American Girl.”

The Problem With ‘Freedom’

Societies have a tendency to establish norms. And then put pressure on people to live up to those standards of what people are expected to do… . The liberal idea, which I think is a fantasy, is to free everybody … . There’s no social incentive on them. They can just do whatever they want.

It’s freedom from doing the difficult things, in other words, being virtuous. Our “freedom” only corrupts ourselves, Hazony says.

An example of this, Morse points out, is no-fault divorce, “This is presented as a great increase in personal freedom because you can walk away from a contract whenever you want. What has happened, is people have become less free because the State moves in [and] takes over the management of the family through the family courts.”

“The traditional family has been turned into something that’s optional. [The new norm] comes through the computer, the television, the movies … . Now young people are afraid to get married,” Hazony says.

“The U.S. and Europe are in advanced stages of decay unless we turn our societies around,” Hazony says, equating these to Nineveh, the worst area of decay at the time, but saved after God’s message of repentance through Jonah.

I think it’s possible [to be saved] because so many people are seeing what’s coming … . People are saying, ‘maybe we should try restoration and repentance’… What’s needed is states that can put together a revived, restored public life that will be … pro-Christian, and let people see that it can work.

Let’s start seeing people move to those states because they’d rather send their kids to those kinds of schools … . If we take the steps carefully, I think this catastrophe can turn out to be a big opportunity … . Our job is to do everything we can to make the change we’re talking about.

On “Ask a Survivor,” clergy abuse survivor Faith Hakesley discusses how to remain healthy while dealing with trauma.

Something I hear very often from many survivors is that they lack energy and stamina especially in the initial stages of dealing with a trauma. Having endured multiple traumas, I have felt this way many times.

Through my own experience over the years, I have found that one way to help contend with trauma and with the lack of energy that comes with it, is fueling your body and mind well. This means prioritizing nutrition, especially during times of stress by eating enough healthy foods.

Trauma is physically and mentally draining. When we are feeding ourselves too many unhealthy foods on a regular basis, we will feel even worse. Foods high in sugar can especially wreak havoc on us, leaving us feeling drained and in a mental fog.

While food can be used on joyful occasions and to bring us together, it is first and foremost fuel. When we choose real food (by this, I mean foods that are as close to natural as possible), we are tapping into our God-given ability to heal our bodies and even our brains. Food can either act as medicine and help to heal us or it can harm us.