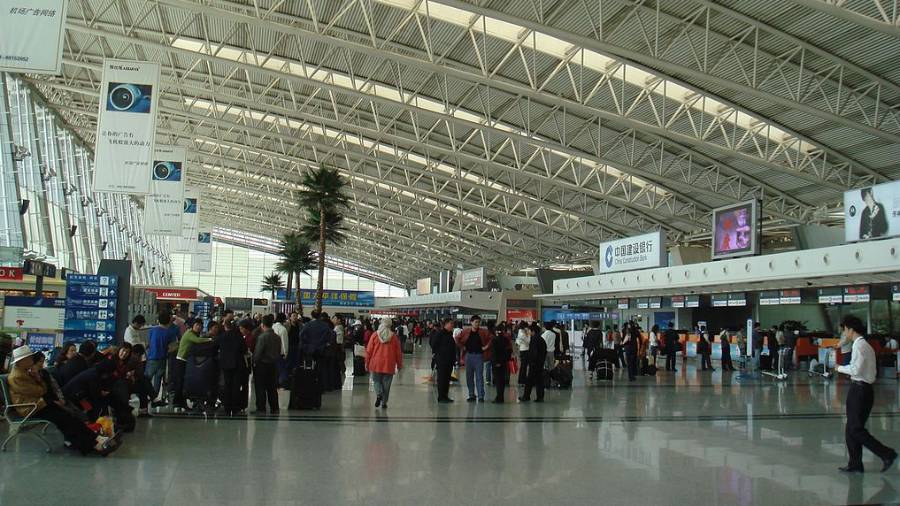 A new coronavirus has spread from China to other countries through Chinese travelers — Japan, South Korea and Thailand. Airports are taking extra health precautions. Pictured: the interior of Xi'an Xianyang International Airport, an airport in China.

Airports around the world, including in the U.S., are taking extra health precautions as a coronavirus spreads to four countries and its death toll rises to six as of Tuesday.

There are about 300 infected people in total as the virus spreads to other countries among Chinese travelers: Japan, South Korea and Thailand. A Taiwanese woman who recently returned to her country from China was also infected, according to the Associated Press.

Symptoms of the virus, which is believed to have originated in Wuhan, China, include coughing, fever, respiratory tightness and shortness of breath.

“Based on current information, however, the immediate health risk … to the general American public is deemed to be low at this time,” the CDC told the AP in a statement.

Throughout China, almost all public employees are wearing face masks — which are nearly selling out — to prevent the spread of germs, according to the AP. Travelers leaving the country underwent temperature checks at airports and train stations, portraying a similar image to that of the 2002 SARS outbreak.

Among other Asian countries, Japan is requiring incoming travelers from Wuhan to fill out health forms; Hong Kong officials are accelerating disinfecting procedures; South Korea is requiring health checks for incoming travelers from Wuhan; and Singapore is increasing temperature screening and quarantine measures to those who have traveled to Wuhan within two weeks of visible coronavirus symptoms.

Australian officials are distributing pamphlets with information on the virus to groups of passengers coming from Wuhan, while Russia is calling the outbreak a biological threat. In Italy, passengers coming to Rome’s Leonardo da Vinci International Airport from Wuhan will be screened for the coronavirus and held in an infectious disease hospital if officials believe they’ve contracted the disease, according to the AP.

The CDC did not immediately respond to the Daily Caller News Foundation’s request for comment.

CDC Announces First Person-to-Person Spread of Coronavirus in US