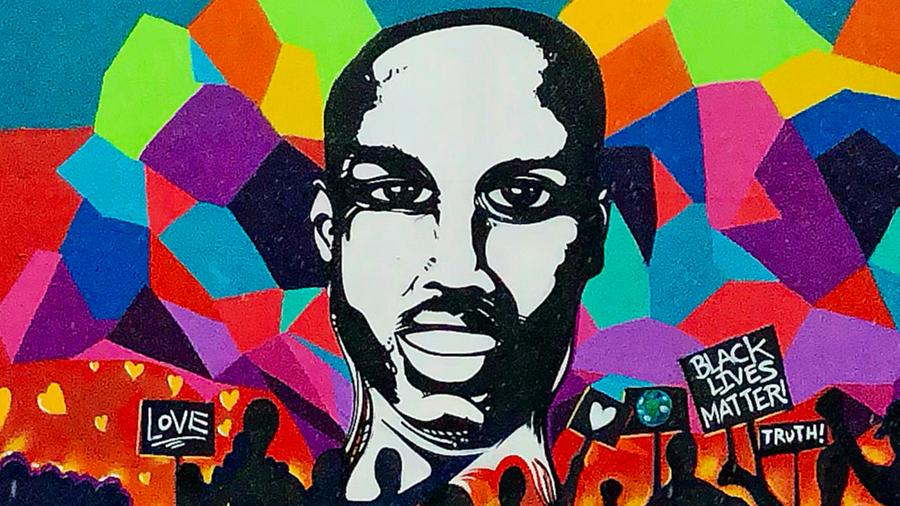 A portion of a mural in Albina, Oregon by artist Firekatg features Ahmaud Arbery.

Ahmaud Arbery’s father reacted to the guilty verdict of the three men involved in his son’s murder Wednesday, proclaiming “all lives matter.”

“For real, all lives matter,” Marcus Arbery told the media following the guilty verdicts. “Not just black children, we don’t want to see nobody go through this. I don’t want to see no daddy watch their kid get left and shot down like that. So it’s all our problem.”

Arbery, a 25-year-old black man, was shot and killed in Brunswick, Georgia, on Feb. 23, 2020, when three men attempted to carry out a citizen’s arrest by chasing and cornering Arbery in two pickup trucks.

Gregory McMichael and his son Travis, along with their neighbor William Bryan could face life sentences without parole for the murder. Travis’ lawyers attempted to argue he was acting in self defense when he shot Arbery, but the prosecution said Arbery was not a threat to him.

The three men claimed Arbery was the offender of recent break-ins in their neighborhood, but prosecutors said he was merely jogging.

Travis testified that Arbery never spoke to him, threatened him or wielded a weapon and when the prosecutor asked him if Arbery “just ran,” when confronted, he said yes.

Justice for Ahmaud — But Will It Change America?