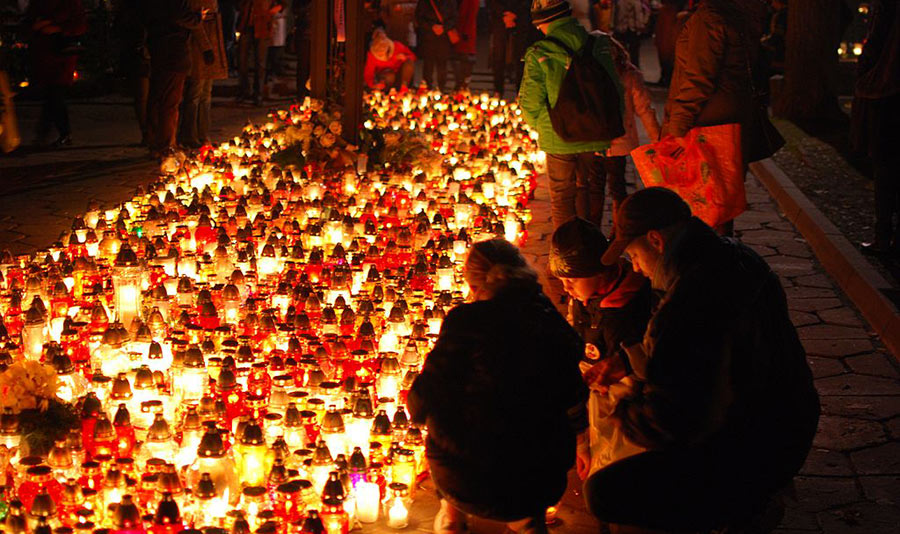 Given the spread of violence across America, and the unfortunate politicization of these events, I’ve written a statement that virtually any Protestant or Catholic pastor could release, or deliver from the pulpit, in the wake of the next outrageous attack on innocent life using guns. As a public service to Christians in America, I’ve written it to avoid a dehumanizing and amoral fixation on public policy proposals that usually follow these tragedies, and I’ve refrained from recommending government as the messianic force to which we look when faced by radical evil.

Dearly beloved. Today we gather to pray together, to obey the words of Jesus, who asked us to share bread and wine, “in remembrance of me.” In one of the paradoxes of our faith, such gatherings are bloodless reenactments of His redeeming death on the cross. In the midst of life, we remember death. Gathering as we do in the hope of life but under the shadow of death, we can take some comfort that we Christians are more prepared than the pagans to face moments of darkness, horror, and sin.

The people who fell last week were our neighbors, perhaps our friends. Besides being fellow souls walking with us through this vale of tears, the men, women, and children whom the killer targeted were our fellow citizens. People joined with us in the very special, particular bond that is America. Like us, they looked to government of ordered liberty to protect their inalienable rights.

For that purpose our forefathers formed the United States of America. If you read the words of the men of faith who designed our nation, you would see that almost to a man these preachers and pastors saw in America something unique, fragile, and special.

A City on a Hill

They saw in these far-flung colonies the seed of a city on hill, a place where the people and not some prince, the citizenry and not some conspiracy of the powerful, would wield the levers of government. A place where the solemn power of the state would be wielded in the light, not in the shadows of court intrigue or bureaucratic lethargy. The light of which I speak is cast by a very particular source. It shines from the face of every human being, made in the image of God and redeemed by His very own Son.

In a dark and prophetic novel, 1984, George Orwell had the spokesman for a modern, godless tyranny describe a future in which the will to power would reign unchecked and citizens would be reduced to cringing, manipulated slaves. “If you want a picture of the future, imagine a boot stamping on a human face — for ever,” he wrote.

Orwell had seen the rise of the Nazi and Fascist regimes, which created vast industrialized mechanisms of genocide. He watched the misguided dream of socialism turn into the vast slave state of the Soviet Union, with its labor camps and murder squads. He feared that the whole world might succumb to one brand or another of totalitarianism. And he depicted that grim possible future with an attack on the human face.

One of the most ancient Christian devotions entailed meditating on images of Jesus’ wounded face. Too many pastors this weekend will be offering sermons that lose sight of that face. Too many of our leaders will react to outrageous crimes like the one our community suffered, but forget the human face — the faces of the victims, individual citizens with dignity, value, and inalienable rights.

They’ll forget the face of the killer, a man who is either deranged or wicked. They won’t speak of the outrageous, sickening sin that man committed. They won’t remember the rights of each of the victims he assaulted. Instead they will speak in broad, vague generalities about the “problem” of “gun violence,” as if inanimate objects were jumping out of stores and killing people. As if the tools we Americans use for hunting, sports, or self-defense were viruses, which we must address as a public health crisis, with quarantines, masks, and lockdowns.

Beyond Good and Evil

The modern temptation is great, to avoid talk of sin and forgiveness, of good and evil, of the rights of the human person and those who threaten them. Instead we should think of the vast, nebulous “community,” whose well-being we measure in aggregated statistics.

Today both Mammon and Caesar would have us forget the face of Christ and our neighbor. They want us to see our country as more like a termite colony, or an anthill. In such collectivist species, the person is a replaceable, perfectly interchangeable, and the only fate that matters is that of the hive.

America’s Christian Founders saw the deadly danger in such political systems. They feared the rule of tyrants and the rise of demagogues. They refused to worship Caesar and, like the early Christians, they put their lives on the line for their convictions.

In the media, we rarely see the faces or hear the stories of the victims of mass killings like this one. For a few days, some will morbidly dwell on the scattered thoughts and hateful writings of the killer. After that, the drumbeat of groupthink that fills our opinion pages, and too many of our sermons, will return to its default mode: collectivist tinkering.

The reporters and TV commentators, the legislators and ministers, won’t ask what fatherless homes, overused psychoactive medicines, might lay behind a crime like this one. Nor will they ask why the victims were helpless to save themselves, in the “gun-free” zone that the legislature created, which too often really means a “free-fire” zone, as citizens crouch helplessly behind couches or desks, waiting for the faraway police to at last arrive.

No one on TV will talk about that outrage. No one will ask why these Americans were forbidden on pain of jail time to exercise a basic constitutional right to defend themselves, a right as fundamental as freedom of speech or the exercise of religion.

Instead we’ll hear from the usual well-funded suspects about the latest scheme to render more citizens helpless with calls to “cure” the “plague” of “gun violence.” When someone insane or evil, or equal measures of both, attacks our fellow citizens and strips them of their rights, it’s simply not Christian to step back from their faces, forget their identities as persons, and instead think of ways to strip even more of our fellow citizens of even more of their rights.

Today as we pray for the victims and their families, and even for the conversion of the man who inflicted this evil, we must recommit ourselves to cherishing, protecting, even safeguarding the rights of every American, including the most basic right it’s even possible to imagine: the right, in the moment of danger, to defend himself and his family.

This essay originally appeared at Chronicles Magazine, and is reprinted by permission.