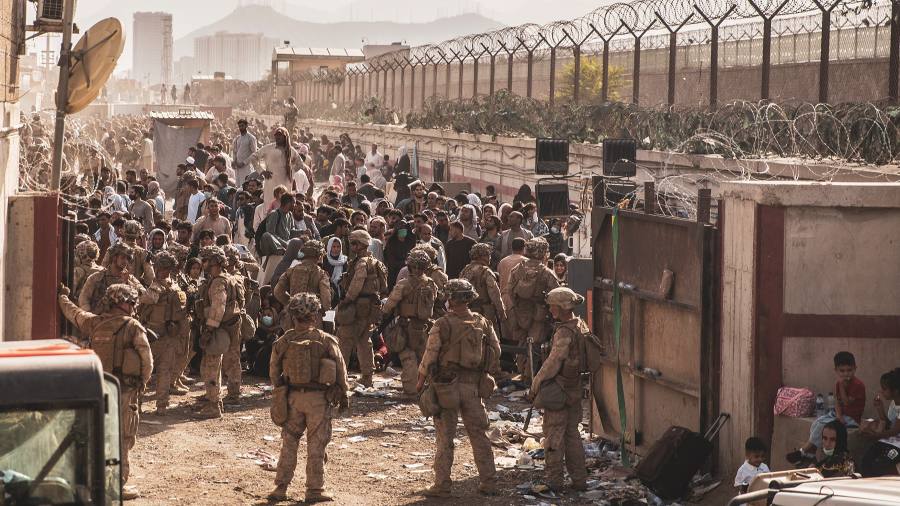 This month marks one year since President Biden’s debacle that will live in infamy: the deadly botched pullout from Afghanistan. It reached its deadly crescendo in the needless deaths of 13 heroic American service members and 170 Afghan civilians in a suicide bombing at Kabul Airport on August 26, 2021. It also brought shame to the U.S. as Biden’s incompetent administration left Americans and our Afghan allies behind to the mercies of the Taliban, who also took possession of about $70 billion worth of our advanced military equipment.

Shocking Revelations From ‘A Strategic Failure’

MUST READ: Front Page magazine just published a story about a new report on this catastrophic pullout by the Republican minority on the House Foreign Affairs Committee, and it’s filled with shocking revelations that should shatter the cone of silence the media has constructed. The report, titled “A Strategic Failure,” was compiled despite efforts by the White House, House Democrats, and the Defense Department to stymie it in every way, from blocking information requests to keeping briefings unnecessarily classified. (Sound familiar?)

You must read it all, but some of the lowlights include revelations of countless boneheaded mistakes, cover-ups, and lies. We learn that Biden was adamant that an Embassy remain in Kabul even after our troops were pulled out, despite warnings of a possible Taliban takeover. Secretary of State Blinken and other State Department officials refused to consider that possibility or even to plan for an evacuation up until a week before Kabul fell.

NATO allies vehemently opposed Biden’s unconditional withdrawal to such a degree that Secretary Blinken had phoned his boss from a NATO summit to tell him he had gotten a ‘jolt’ ‘in quadraphonic sound’ opposing the move. His own military advisers had told him not to do it.

The Taliban even offered to let the U.S. handle security for Kabul, but Biden didn’t want to send enough troops back in. So they outsourced the job to the Taliban. Result: our few remaining troops were under constant assault. When they bravely ventured out to rescue trapped American citizens, Biden’s brass got angry because they were more concerned about the Taliban’s reaction than the safety of Americans.

Biden swore that we were going to remove all Americans, but that was another lie. Over 800 American citizens were abandoned. And women who voted for Biden because he made them “feel safe” should note that American women were among those left behind who “were beaten and shot at for not being accompanied by a male, sexually assaulted, trampled, and forced to stand in wastewater for hours.”

The White House and the media have tried to sweep this under the rug and make us forget it, but we must never forget why it happened and the suffering of the people it happened to. True to form, Biden and his people tried to blame Trump, but had they followed his pullout plan, it would not have happened that way.

Kurt Schlichter is not only a writer, he’s also a veteran and an attorney, and he represented the family of one of the Marines killed in the Kabul bombing, which made him privy to a detailed tactical briefing on what happened. He says he learned that the soldiers on the ground performed flawlessly. But they were failed by incompetent senior leadership who put them in an unprotected position without any infrastructure to hold back unvetted Afghans, which should have been built months before.

Have any of them been held responsible, prosecuted, or even just demoted?

Personally, I am sick of hearing about President Trump’s mean tweets. I want something done about the lethal birdbrains who are responsible for this black mark on history.