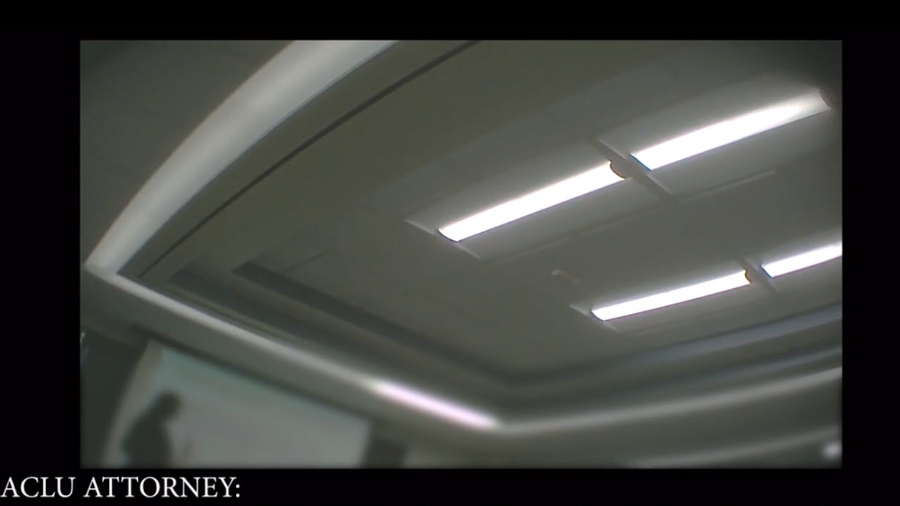 The video, released by conservative organization Our Watch and published June 26, depicts ACLU staff attorney Ruth Dawson, according to Our Watch, instructing teachers on how to help students obtain abortions without parental knowledge or consent.

Dawson also instructed teachers on how to explain these students’ absences to parents, how to forbid parents from opting their children out of LGBTQ education classes and more.

“If I were to show that material to a child, I would be brought up on charges,” Andrews said. “But somehow our public schools are allowed to teach this to junior high and high school kids.”

Our Watch President Pastor Tim Thompson told the Daily Caller News Foundation he published the video after uncovering several instances of the progressive agenda through undercover work. Thompson added that they were spurred by the California Board of Education passing legislation in May enacting compulsory sex and gender education.

The Our Watch president says in the video that Planned Parenthood and the ACLU collaborated on both AB329 in 2016 and the Health Education Framework in May. AB329 requires school districts to ensure students take sex-ed and encourages students to push back on sexual topics with their parents — topics explored in the kindergarten through twelfth grade sex education curricula implemented in California schools.

“We don’t want our children exposed to some of these things they are showing, these pornographic, sexually explicit material. It has no place in the classroom. It’s not right, and it won’t be tolerated,” Thompson says.

Thompson told the DCNF that parents are usually unaware of how progressive the California sex educational programs are.

“We knew parents had to see for themselves or else they weren’t going to believe it.”

A member of Thompson’s team filmed a Riverside County Comprehensive Health Education meeting. The meeting was presented to the public as a curriculum discussion.

In reality, the meeting consisted of Cardea Services, a developmental and research group and the ACLU teaching school districts how to keep parents unaware of subjects such as whether their children received abortions.

Riverside County spent tens of thousands of taxpayer dollars paying Cardea Services for this training, said Advocates for Faith and Freedom attorney Nada Higuera, who told the DCNF that this information was obtained through submitting a California Open Records request.

Cardea Services did not respond to multiple requests for comment from the DCNF.

“Regardless of how old a student is, they can walk into a doctor’s office and consent to these services without parental consent,” says Dawson, according to footage from the video, referring to abortion when she said “these services.” She was initially misidentified in the video.

The ACLU attorney notes that these services include pregnancy and prenatal care, contraception, emergency contraception and abortion.

“And for these there is no parental notification.”

“I think a good way to think about all these services that California has decided are so important that we are going to allow minors to go into a doctor’s office and consent to these services,” Dawson added. “Because they are just that important and students need to be able to access them.”

The video also includes footage of ACLU instruction on gender theory, telling teachers that “opting out of just LGBTQ stuff is illegal and should be impossible.”

The ACLU did not describe how the video was doctored.

“In January, the ACLU of Southern California was invited to a meeting hosted by the Riverside County Office of Education to give a presentation on state laws concerning student access to health care and comprehensive sexual health education,” an ACLU spokeswoman told the DCNF.

“All statements made at that meeting by ACLU representatives are in accord with California law. The video of these remarks has been doctored, thereby distorting the presentation.”

The video appears to show spliced clips of different parts of the meeting and blurred faces to match YouTube requirements.

Thompson says that regardless of whether the ACLU thinks these kinds of comments are within the law, what the ACLU is doing is highly unethical.

“They are clearly coaching school district personnel to mark a child as present, supposedly meeting with a school administrator, while actually seeking medical attention (abortion) without parental consent, just so they can still receive their federal funding,” Thompson told the DCNF.

Thompson’s reference to federal funding refers to a discussion in the video where a person identified as an ACLU attorney reminds the audience that they must mark children’s attendance for “financial” reasons.

Andrews said in the video that his children’s school now uses Positive Prevention Plus, a curriculum that contains highly explicit photos and drawings explaining the intricacies of every type of sexual activity.

Parental Rights In Education Executive Director Suzanne Gallagher told the DCNF that the video demonstrates “a clear political agenda to destroy the traditional family in America.”

“Until now, the American family was considered to be the foundation of civic life; the smallest form of government, where children are taught responsibility, respect for authority, and national pride.”

“Now, legislation passed throughout the states is designed to support minor rights, not parents’ rights. In the name of equity and inclusion, children are required to know and accept every form of sexual behavior, even though those behaviors are dangerous and contrary to their parents’ beliefs.”

Get Out Now: Why You Should Pull Your Child from Public School Before It’s Too Late author, attorney and director of the Catholic Women’s Forum Mary Rice Hasson told the DCNF that Our Watch’s video is “powerful” and “deadly accurate.” Hasson’s book examines similar cases of progressive sexual and gender education in public schools across the nation.

“Who gave progressive LGBTQ activists, Planned Parenthood, or the ACLU the right to teach other people’s kids about queer identities and explicit sexuality?” Hasson asks. “Especially over the objection of the kids’ own parents?”

Planned Parenthood did not respond to multiple requests for comment from the DCNF.