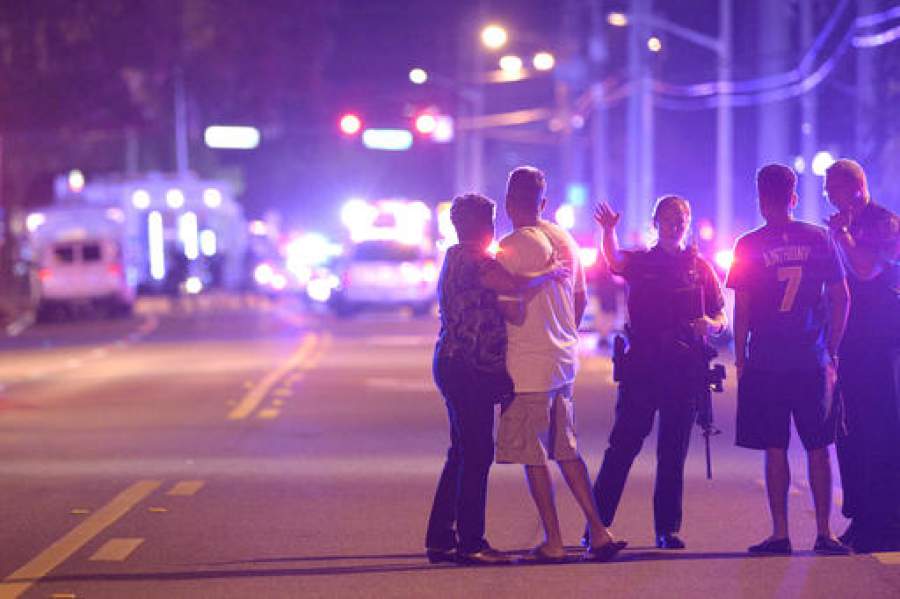 Orlando Police officers direct family members away from a multiple shooting at a nightclub in Orlando, Fla., Sunday, June 12, 2016. A gunman opened fire at a nightclub in central Florida, and multiple people have been wounded, police said Sunday.

Chase Strangio, a staff attorney with the ACLU’s LGBT and AIDS Project, claimed the social and political environment cultivated by Christian conservatives in recent months was to blame for the shooting at Pulse, a nightclub popular with Orlando’s LGBT community.

The Christian Right has introduced 200 anti-LGBT bills in the last six months and people blaming Islam for this. No. #PulseNightclub

Strangio also called for solidarity between American Muslims and LGBT communities, arguing both are maligned and oppressed by the religious right.

Another ACLU attorney, Eunice Hyon Min Rho, who specializes in election and religious liberty law, impugned the motives of Republican lawmakers who expressed sympathy for the victims, by pointing out many were sponsors of the First Amendment Defense Act, legislation the ACLU considers anti-LGBT.

She further characterized expressions of solidarity as “useless,” as many of the victims could be people of color, who she contends are regularly stigmatized by Republican legislators. Little demographic data is currently available about the victims, as many have not yet been identified.

Oh yeah, many victims likely are brown, aka, the same people you work tirelessly on a daily basis to stigmatize. GTFO.

She went on to retweet a user who claimed many public officials would use the auspices of an LGBT tragedy to pursue an “anti-Muslim agenda.”

The ACLU did not respond to The Daily Caller News Foundation’s request for comment.