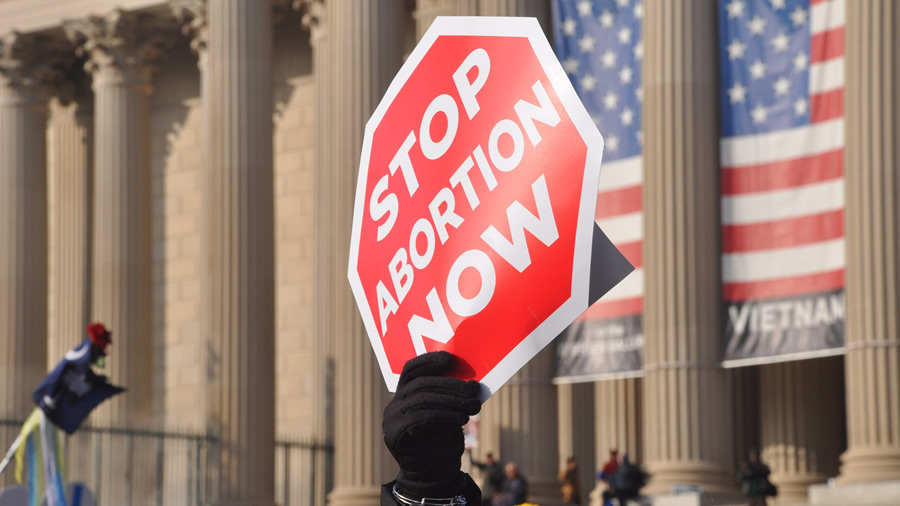 The abortion industry has taken its gloves off and come out swinging. It’s not just a political battle. It’s a clash of worldviews.

Governors in Illinois, Virginia, and New York have celebrated legislative expansions such as abortion until birth and the possibility of allowing infanticide.

The American Medical Association worked with Planned Parenthood to sue the state of North Dakota. They claim that North Dakota “forces” abortionists to tell pregnant women that abortion terminates “the life of a whole, separate, unique, living human being.” They argue that this is unconstitutional.

Politicians also play politics with human lives. Every Democratic presidential candidate supports abortion on demand. They refer to abortion as a human right, and even “reproductive justice.”

The truth is that the abortion movement isn’t trying to hide its agenda anymore. They flaunt their intention to cram down taxpayer-funded abortion on demand. They celebrate abortion and mock those who disagree.

The abortion industry is moving in this direction because they sense that the courts could dismantle Roe v. Wade, but they may still have enough cultural capital to win anyway. They’ve gained popular support by entrenching themselves in media and pop culture.

How we view politics, church, culture, biology, family, education, and everything else is directly tied to our view of God.

Pro-lifers I interact with often wonder how the culture at large accepts the brutality of abortion as part of “normal” American society. Since science has proven that life begins at conception and is beautiful in prenatal development, rational people no longer question what the pre-born child is. So the compassionate pro-lifer must ask how the culture is OK with the killing.

Our Worldview and Our Position on Abortion

We have to be willing to look through the lens of the pro-abortion worldview to see their side’s rationale.

Every adult on the planet has a worldview, and everyone’s worldview is rooted in their understanding of God. We process information, assess circumstances, and navigate our choices through the construct of our worldviews.

How we view politics, church, culture, biology, family, education, and everything else is directly tied to our view of God. Thus, the conflict between the pro-life and pro-abortion positions is, at its core, a conflict between two opposing theological positions.

The pro-life worldview is based on a theological claim that we are created by a loving God and made in His image. We have value at all stages of human development, from conception to natural death. We don’t assign other humans their value. God has already determined that.

The pro-abortion worldview is based on the idea that there is no transcendent God. Instead, we are gods ourselves. This worldview is summed up in the popular slogan “You do you,” often seen in pride marches, and in demands that women have a right to “do whatever they want with their bodies.” This worldview assumes that we are tiny gods living for ourselves, able to determine who lives and who dies based on our wants. It says we, not God, can determine the value of other human beings.

Who is Central: God or Self?

The sexual revolution proclaimed that we should be able to sleep with whom we want to, when we want to, however we want to. That was a theological proclamation — a claim of self-divinity. It was infectious. The culture was ready for that message. It had already rejected the idea that sexuality and family are oriented toward goals that transcend ourselves and our personal satisfaction.

This deifying of self is behind most of the new American ethic. The adoption of contraception. The introduction of no-fault divorce. The explosion of abortion. The redefinition of marriage. The war on binary gender. These are all consequences of a self-centered society. The breakdown of family will continue if left unchecked, for  a “tiny-god” cannot abide the true God’s principles and social structures. To do so would be to recognize His divinity.

We must reject the claim that we subjectively determine truth and that our self-gratification is our highest good.

One of the core doctrines of this worldview is that nothing or no one should impede the pursuit of self-satisfaction. Thus sex becomes a religious tenet. Sex is, in the self-divine worldview, a sacred act to be worshipped. And that means the woman may kill the pre-born child, if it gets in the way of pleasure. This worldview has become so pervasive that untold numbers of professing Christians engage in this destructive behavior.

What is a Pro-Lifer to Do?

So if abortion is essentially a clash of theologies, what can pro-life advocates do?

First, we must reject any idea that we subjectively determine truth and that our self-gratification is our highest good. If we proclaim a pro-life ethic based on Christianity, we are proclaiming that we don’t get to determine what is true and what isn’t. God does, and He reveals it to us in His Word and in nature itself. Thus, every human being has extraordinary, intrinsic value, and we have no right to claim he doesn’t.

Second, we must have the courage to live radically differently from the culture around us. The abortion genocide in America is based on an unhealthy, devaluing sexual ethic, and a false theology besides. So don’t sleep around. Don’t cheat on your wife or husband. Don’t have sex outside of marriage. The sexual ethic God lays out for us in His Word is the very best pattern for all of us.