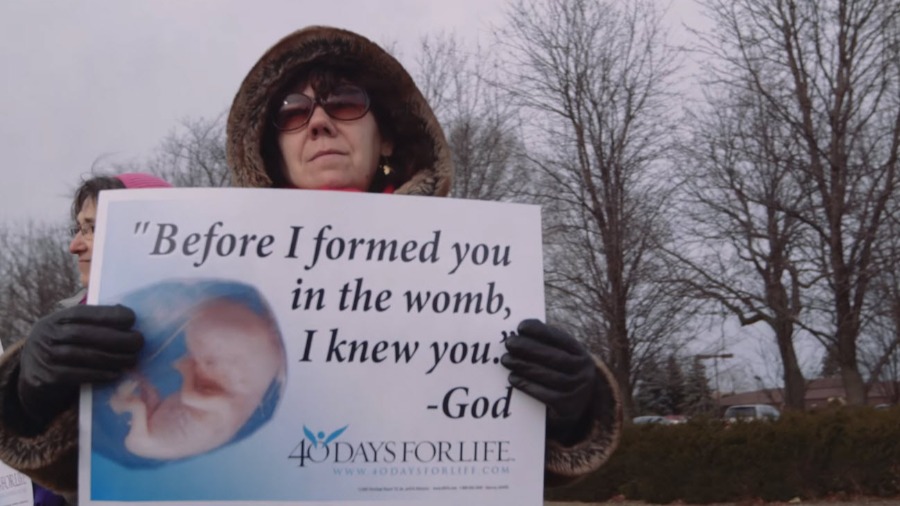 There was a time when there were real liberals on the Left. That is, people who believed in liberty. Their disagreements with conservatives were profound, but they shared a commitment to free speech, religious liberty, and more.

Today, however, those traditional liberals are nowhere to be found. The hard, authoritarian Left dominates Democratic politics. That is obvious on a number of issues, especially abortion.

Where is the Liberty?

Consider the argument of Alabama State Representative John Rogers: “You bring them in the world unwanted, unloved, you send them to the electric chair. So, you kill them now or you kill them later.” Moreover, “some parents can’t handle a child with problems.” So apparently you kill those kids now as well. Rogers, a friend of accidental Democratic Sen. Doug Jones, up for reelection next year, claimed the latter agreed with him.

The 1859 Kansas constitution respected life and went so far as to include hallowed language from the Declaration of Independence — “All men are possessed of equal and inalienable natural rights, among which are life, liberty, and the pursuit of happiness.” But earlier this month, the state supreme court turned that proposition on its head by discovering a “right” to abortion.

Finally, the determination to defend the absolute right to an abortion whenever and wherever desired has turned the Left against basic liberties. One is religious freedom. For instance, shame on a Catholic hospital which does not perform the procedure which violates church doctrine. Today’s progressives want to force it to do so, even if it will close its doors rather than offer abortion. There is no right to dissent from today’s progressive orthodoxy.

No Right to Dissent in “Bubble Zones”

Even free speech, once enshrined by the Left, is now viewed as an obstacle. People are free to advocate, but only on behalf of politically correct causes.

Consider Chicago’s so-called “bubble zone” ordinance which prohibits “sidewalk counselors” from getting within eight feet of anyone within 50 feet of an abortion clinic. It doesn’t matter if the purpose is to protest or educate: abortion opponents cannot talk or even hand literature to someone going in or out of the clinics. This measure was passed by the same people who zealously defend screaming mobs which “protest” any alleged injustice which they believe fills American society.

Advocates for life are seeking to burst the bubble zone. But in Price v. Chicago both the federal district and appellate courts upheld the ordinance, despite the obvious burden on First Amendment rights. Everyone knows that the measure is directed against only one group. Observed attorney Thomas Olp, the law was written “solely to discriminate against people who wish to offer abortion-bound women information about alternatives to abortion.” Yet the judges treated it as a “time, place, or manner” limitation, subjecting it to a lesser standard of scrutiny.

A Precedent Begging to be Overturned

However, subsequent court decisions have called the Hill ruling into question without overturning it. As the 7th Circuit Court of Appeals panel acknowledged in Price, the Supreme Court affirmed that “The First Amendment reflects a profound national commitment to the principle that debate on public issues should be uninhibited, robust, and wide-open.”

A separate high court case noted that sidewalks “occupy a special position in terms of First Amendment protection because of their historic roles as sites for discussion and debate.”

So obvious is the violation of free speech here that even the American Civil Liberties Union has advocated overturning the precedent!

Both these decisions were rendered after Hill v. Colorado. Although Hill remains binding on lower courts, it is a precedent begging to be overturned. Which is why groups such as the American Civil Rights Union support overturning the bubble ordinance and will be filing a writ of certiorari for review of Price v. Chicago by the Supreme Court. So obvious is the violation of free speech here that even the American Civil Liberties Union has advocated overturning the precedent!

The left-wing campaign against dissent from its orthodoxy grows ever broader and fiercer. If “progressives” have their way, academia will become conservative-free. Social media too. And now even the public streets.

The First Amendment remains the bulwark of our liberty. But it faces unrelenting assault by the Left.

More than two centuries ago Thomas Paine warned Americans that “the summer soldier and the sunshine patriot will, in the crisis, shrink from the service of their country.” So, too, today. We must stand up to these bullies and defend our system of limited government and individual liberty which sets America apart from every other nation in the world.

Ken Blackwell is a senior fellow at both the American Civil Rights Union and the Family Research Council.