I Had an Abortion. Here’s the Message I Want to Share With Other Women.

An astounding 84 percent of post-abortive women believe abortion was their only choice. It's our job to do our part to change that. 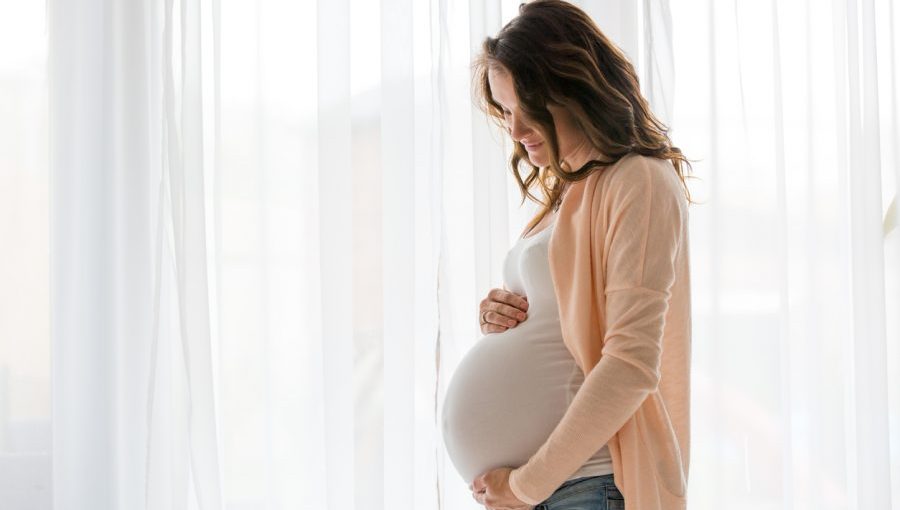 Thirty years ago, I was a very young, divorced mother of two little girls.

My ex-husband, the biological father of my daughters, had abandoned us, leaving me with no support and struggling to make ends meet. It was quite challenging to just put food on the table. I was working 12 to 14 hours a day in a health club, and dropping my children off at day care for up to 12 hours. It broke my heart every time I saw them peering out from the day care windows waving, crying uncontrollably.

But I had no choice.

They were my responsibility, and I had to do whatever was necessary to make sure their basic needs were met.

Six months after my ex-husband left, I met a guy who frequented the gym I was working in. We hit it off and began dating almost immediately. We fell in love.

Nine months later, I was pregnant.

Although I was terrified at the thought of raising now three children without a husband, I was equally excited at the prospect of having a child with this man I loved so much.

To say I was shocked by his reaction to my pregnancy news would be an understatement. He quickly reaffirmed his love for me and my daughters — but insisted the best course of action at this time was abortion.

“We can have children later,” he said.

I tried to change his mind, to no avail. He convinced me this was “for the best” and I believed him.

When it was over, I knew my life, and I, would never be the same.

Fast forward five years later. I’m now remarried and my daughters have a stepfather. We both desperately wanted a child together, and we began trying right away.

After suffering two miscarriages — which I was convinced was my punishment for having an abortion — I was elated to find out that I was finally pregnant again. I longed for more children.

Eight weeks into the pregnancy, I started bleeding.

Feeling sure I was suffering another miscarriage, we immediately went to the doctor’s office, where he performed an ultrasound.

There she was. My baby. Alive and well. I could see her. The sound of her heartbeat was music to my ears.

At this very moment, it hit me.

This was the same gestational period I was when I chose abortion, yet this didn’t look like a “blob of tissue” or “clump of cells.” What I saw was a real, live human being.

I lost it right there on the table. I began to cry, then sob. The doctor did his best to calm me down, saying, “I hope those are happy tears! It’s OK, the baby is fine! You’re not having a miscarriage!”

It wasn’t in my records. Sure, I’d filled out the paperwork on my first doctor’s visit, but I lied on the questionnaire when it asked, “Have you ever had an abortion?”

I couldn’t hold it in any longer, so I told him. Right then. Right there. I told him I knew God was punishing me for having an abortion and that’s why I’d suffered those two miscarriages. I told him I was deathly afraid he would take this baby too.

This compassionate doctor reassured me I was wrong. He didn’t judge me either, as I thought he would. I’d kept my “secret” hidden well for fear of being condemned by others.

I went on to have a healthy baby girl seven months later. God is good.

That ultrasound changed everything. I knew then, at that very moment, I hadn’t allowed the abortion doctor to extract a “blob of tissue” or “clump of cells,” but a baby. A real, live baby. My baby.

On this day, I saw and heard tangible evidence on a screen that my baby, at eight weeks, was real.

My baby resembled nothing like that of a blob of tissue or clump of cells, but a child with arms and legs. And a heartbeat. My baby had a heartbeat. A heartbeat changes everything.

Throughout my entire career, I’ve met thousands of people who want to help mothers-to-be and their unborn babies.

Maybe they’ve felt unqualified because they’ve never experienced an abortion. Maybe they’ve felt confused by the rhetoric and don’t know where to turn. Maybe they wonder if they are supporting the right kind of organization. Whoever they are, they’re out there and are anxious to do something that has an impact.

Save the Storks launched a major social media video campaign, designed to give everyone a vehicle to do just that.

To not just make a small difference, but one that can transform a woman and her child’s life forever.

I’m confident had I had access to a Storks Bus during my own crisis pregnancy, my story would be very different. There’s no denying a heartbeat.

My involvement with Save the Storks and the cause as a whole is not just about saving babies for me, but saving the women as well. Because they matter as much as the child they carry.

This video campaign is shifting the paradigm as to how people view and feel about abortion. With an astounding 84 percent of post-abortive women believing abortion was their only choice, it’s our job to do our part to change that.

And we’re just getting started.

Victoria Robinson is the director of external relations at Save the Storks. She is the author of “They Lied to Us”, a compilation of stories from women who had an abortion.

I’m a Southern Baptist Pastor, and Here’s Why I Oppose a Texas Bill to Imprison Women Who Receive Abortions