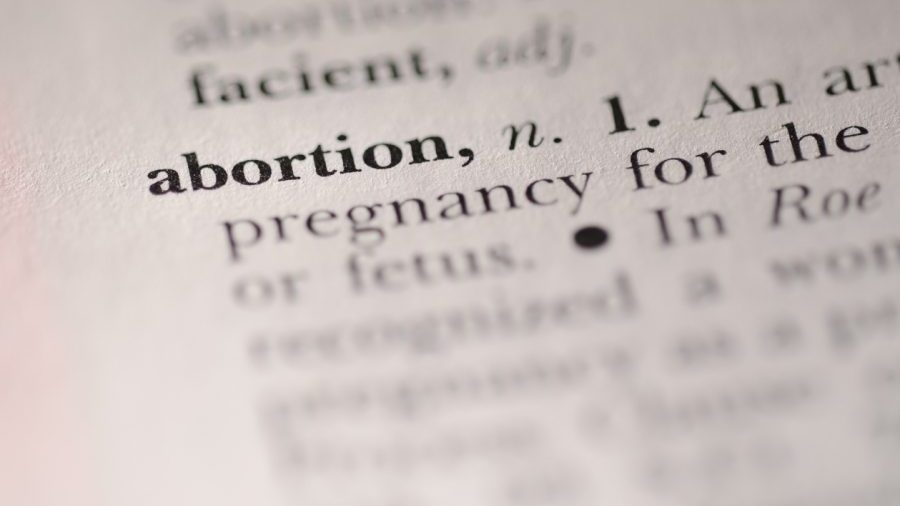 “Pregnancy Kills. Abortion Saves Lives.” That was the headline on an absurd opinion article in The New York Times, deploying Orwellian language to turn the abortion debate on pro-lifers and comfort those who support abortion on demand.

While the conversation over Alabama’s new abortion law has drawn out some wild arguments from the left, it’s easy to miss the less obvious ways the media reinforce the pro-abortion side.

The media, cleverly and often subtly, use rhetorical adjustments to reinforce left-wing ideas under the guise of objectivity.

The Media Kowtow to the Left

It’s not just on the abortion issue that the media kowtow to the left in the terminology they use in charged public debates.

For instance, The Guardian, a British outlet, recently updated its style guide to reinforce the idea that challenging prevailing left-wing ideas about man-made climate change is fundamentally illegitimate.

The Guardian is updating our style guide to accurately reflect the nature of the environmental crisis.

Few topics, however, draw out media bias like abortion, where the concerns of pro-life Americans are left on the back page or uncovered, and a magnifying glass is put on anyone who challenges pro-abortion orthodoxy.

Conservative complaints about media bias are sometimes overdrawn. But on the abortion issue, the press’s prejudices are often absolute, its biases blatant, and its blinders impenetrable. In many newsrooms and television studios across the country, Planned Parenthood is regarded as the equivalent of, well, the Komen foundation: an apolitical, high-minded and humanitarian institution whose work no rational person — and certainly no self-respecting woman — could possibly question or oppose.

This is certainly the case today.

Not only is coverage of abortion highly skewed, but it’s clear that the language used to describe it is made to soften the reality of what the practice is, while diminishing the concerns of those who believe fundamental rights are being violated.

NPR, which is of course publicly funded, recently updated its language guidelines for reporters. Here are some of the terms now off-limits for NPR journalists: pro-life, late-term abortion, fetal heartbeat, partial birth.

Instead they are to use terms such as “intact dilation and extraction” (to describe a partial-birth abortion) and “medical or health clinics that perform abortions” (instead of simply “abortion clinics”).

The phrase “abortion doctor” also would drop off the list of acceptable phrases. Instead, NPR reporters are instructed to list the doctor’s name and write that he “operated a clinic where abortions are performed.”

If anything, the attempt to use more scientific language to describe abortions, such as “intact dilation and extraction” in the place of “partial birth abortion,” at best merely confuses readers as to what actually is being performed.

This point was well made by National Review’s Alexandra DeSanctis, who wrote in a thread on Twitter:

“Babies are not babies until they are born. They’re fetuses.” This article does a lot to explain why our abortion debate is utterly dysfunctional. A mainstream outlet openly articulating its policy for manipulating language to disguise what abortion is: https://t.co/rBkNekoyqZ

Of course, NPR has also set strict guidelines about how to treat the words “unborn” and “baby,” making sure that reporters never describe, well, unborn babies in anything other than technical language to remove thorny debates about personhood or humanity. NPR instructs its reporters:

The term ‘unborn’ implies that there is a baby inside a pregnant woman, not a fetus. Babies are not babies until they are born. They’re fetuses. Incorrectly calling a fetus a ‘baby’ or ‘the unborn’ is part of the strategy used by antiabortion groups to shift language/legality/public opinion.

Media bias on this issue will become only more pronounced as the “positive good” school of thought about abortion becomes more pronounced on the left than the “safe, legal, and rare” camp.

Regardless of where one stands on the issue of abortion, attempts to dance around prickly questions about life and humanity are unlikely to solve the division.

The media, as is so common today, distinctly reveals its biases and lets slip the mask of objectivity that’s becoming increasingly difficult for Americans to believe.

Jarrett Stepman is an editor and commentary writer for The Daily Signal and co-host of “The Right Side of History” podcast. Send an email to Jarrett.