Hub Arkush, one of the 50 writers who will decide who is the next NFL MVP, says he won’t vote for Packers quarterback Aaron Rodgers — and it has nothing to do with his performance on the field. 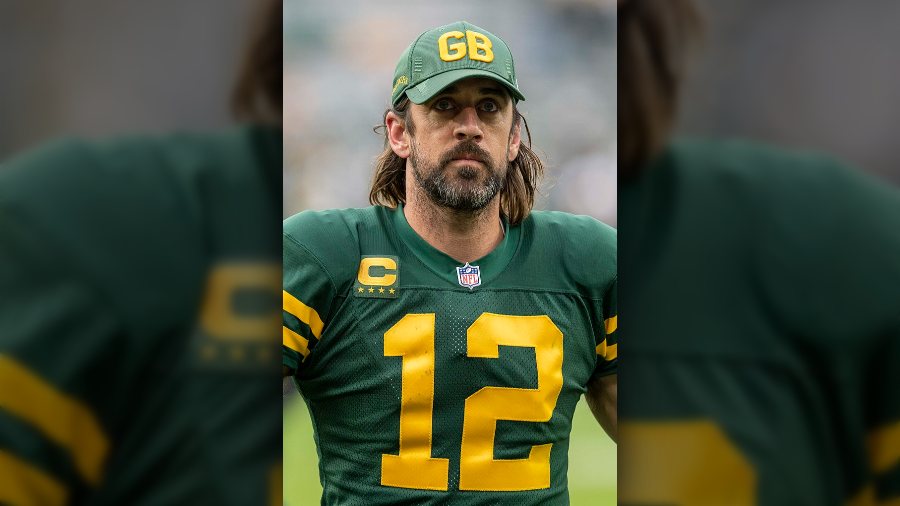 On paper, Green Bay Packers quarterback Aaron Rodgers looks like a shoe-in to win the NFL’s coveted MVP award, which would be Rodgers’ fourth, putting him second only to Peyton Manning, who claimed the honor five times.

Rodgers has the highest QBR in football, as well as the highest passer rating. He has thrown 35 TDs and just 4 interceptions, and the Packers (13-3) have sewn up the #1 seed in the NFC.

One writer, however, recently said he’ll not be voting for Rodgers — not because of his play on the field, but for a decision he made off the field.

“The Biggest Jerk in the League”

As many know, Rodgers missed the Packers’ week nine game against the Chiefs when he contracted COVID-19, a game they lost 13-7.

Following his positive test, it was revealed that Rodgers was not vaccinated, despite earlier claims he had been “immunized.” Rodgers soon acknowledged he misled people, something he took “full responsibility” for.

“I misled some people about my status, which I’ve taken full responsibility [for],” Rodgers said on The Pat McAfee Show. “But in the end, I have to stay true to who I am and what I’m about, and I stand behind the things that I said.”

For Hub Arkush, one of the 50 members of the media tapped by the Associated Press to vote for the NFL’s MVP, the vaccine episode was too much. Arkush said he won’t vote for Rodgers, whom he called “the biggest jerk in the league,” even though his play on the field may warrant such a vote.

“I don’t think you can be the biggest jerk in the league and punish your team, and your organization and your fan base the way he did and be the Most Valuable Player,” Arkush said. “Has he been the most valuable on the field? Yeah, you could make that argument, but I don’t think he is clearly that much more valuable than Jonathan Taylor or Cooper Kupp or maybe even Tom Brady.”

Arkush goes on to say “there’s no guidelines” advising writers on the criteria they should use to make their vote, and suggested Rodgers behaved selfishly.

“What if the difference had come down to the Chiefs game, where he lied about being vaccinated, and they ended up getting beat?” Arkush said.

Arkush is entitled to his opinion, and he’s not wrong in some of his claims. He’s correct that the AP doesn’t really provide criteria on what should determine his vote, so taking Rodgers’ vaccination flap into consideration isn’t necessarily out of bounds. Also, he’s not wrong that Rodgers fudged about his vaccination status, something Rodgers himself admitted.

Nevertheless, Arkush admits he may be “pushing the envelope” of the AP’s rules by publicly stating who he’s not voting for. Additionally, Arkush’s suggestion that Rodgers missed the Chiefs game because he wasn’t vaccinated is silly. Getting vaccinated might help prevent players from falling seriously ill from COVID, but it doesn’t stop them from getting COVID. Indeed, a glance at the NFL’s COVID tracking lists reveals the vast majority of players out with COVID this season have been vaccinated.

Finally, I think Alec Schemmel, writing at The National Desk, is right that Arkush’s reasoning reflects badly on both the AP and the NFL.

Arkush’s reasoning is ridiculous, and calls into question whether the Associated Press should even be the arbiter of the NFL’s MVP award. If the AP can’t find 50 voters who will consider players based on their on-field performance and not for the voters’ subjective assessments of whether the players are “bad guys,” then the NFL should stop using the AP for its official awards, and instead find a panel of voters who will carefully consider players’ on-field performance and vote without personal bias.

A Matter of Personal Health

People may take issue with Arkush’s position on Rodgers and how he expressed it, but the fact remains he’s entitled to his feelings and his vote. More importantly, Arkush is undoubtedly not alone in how feels; he’s likely just the only person who made his feelings public.

The fact remains that there’s a good chance Rodgers will not win the MVP award because he chose not to get vaccinated, and because of how he handled the situation more broadly. (Rodgers’ comments following the flap, in which he states he’s become the target of a “woke mob” are unlikely to win him votes.)

The whole situation is a reminder of the dangers of politicizing health and medicine. The vaccines were supposed to be the key to ending the COVID-19 pandemic; instead they’ve become a source of division and mistrust. The only reason this happened is because lawmakers and bureaucrats have worked tirelessly to remove choice from the equation.

What should be a private decision became a legal and moral imperative, with the state mandating vaccination and bullying private businesses into demanding employees get vaccinated. Proponents of mandates have argued they are necessary to protect “public health,” but compelling evidence suggests vaccines are primarily a matter of personal health. The vaccines reduce the risk of falling seriously ill, but they do not stop the spread, and might not even reduce it.

The vaccine wars have been more angry and divisive than perhaps any health issue of my lifetime, and they call to mind the wisdom of the 19th century economist Frédéric Bastiat, who pointed out using the law beyond its moral purposes creates division and discord.

“As long as it is admitted that the law may be diverted from its true purpose — that it may violate property instead of protecting it — then everyone will want to participate in making the law,” Bastiat wrote in The Law. “Is there any need to offer proof that this odious perversion of the law is a perpetual source of hatred and discord; that it tends to destroy society itself?”

Bastiat was speaking primarily about the modern tendency for people to use the law to legally plunder one another, but his larger point holds true. Societies that pervert the law and remove from individuals their natural rights over their own bodies, labor, and the fruits produced by them create disharmony.

The reality is Aaron Rodgers’ vaccination status should not have mattered to anyone — not the NFL, not AP writers, not the Green Bay Packers — but Aaron Rodgers.

State meddling in these health matters — from lockdowns, to masks, to whether people should take the privately-created vaccines — has done little to nothing to stop COVID-19. What it has done is create widespread discord, mistrust, and resentment, exactly as Bastiat would have predicted.

This meddling may cost Aaron Rodgers his fourth MVP award. Will he care? I suspect not.