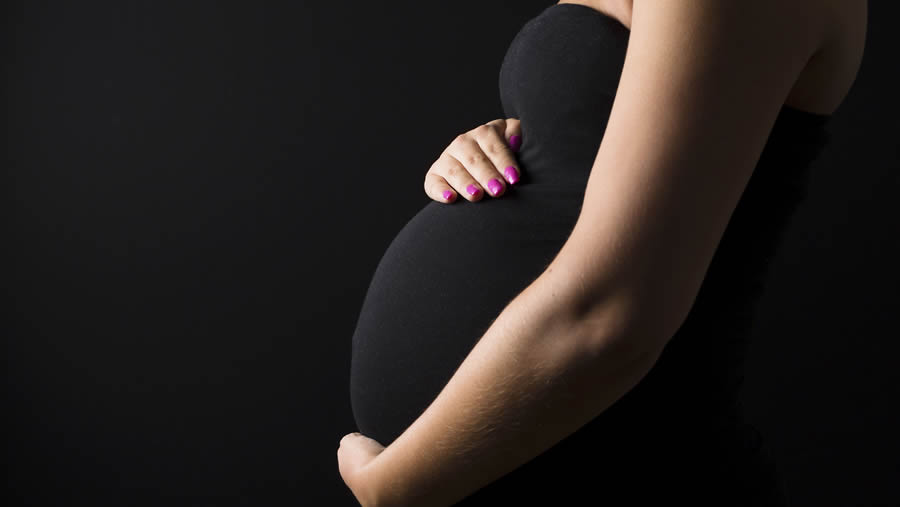 It’s hard to be a native New Yorker and be stunned by much of anything that you see on the city’s streets. But the other day I was in for quite a surprise.

As it happens, I had just mentioned a certain maternity clothes store in Tribeca that happens to be across the street from Planned Parenthood. Planned Parenthood also shares a wall with the Sheen Center, a Catholic performing arts venue. I sometimes find myself there for events, and this was one such night. As I left the building, I was about to head over to Planned Parenthood to pray a Divine Mercy chaplet as I usually try to do when I’m in the neighborhood. But first, I looked straight ahead at Hatch, the aforementioned store, where I saw a new window display: a full-body photograph of a very pregnant woman, with the word “Mama.”

In so many ways, it really is that simple. Mother and child. New life. Expectation. Abortion isn’t a political issue; it isn’t a women’s issue. It’s about our basic humanity, the most precious resource there is.

I haven’t gone in to ask, but I assume the people who run Hatch on Bleecker Street aren’t trying to make a bold pro-life statement in their window. But they couldn’t have a healthier message. Mama. That’s what the woman is. She has a baby. And that’s now the focus. That’s what we need to rally around.

A few years ago, I was a speaker at the Chicago March for Life, where I had the chance to meet Gianna Jessen, who as a baby survived an abortion attempt. She was born in an abortion clinic — by accident. She has cerebral palsy because of loss of oxygen to her brain. She’s got more than her fair share of challenges, but she is thanksgiving incarnate, overflowing with life. And her existence keeps this ongoing debate about abortion — especially late-term abortion — and infanticide after birth — from being a mere talking point.

One of the most beautiful things ever written on these issues was from Pope John Paul II, who was directing his words to women who had had abortions. He starts out acknowledging that “in many cases it was a painful and even shattering decision.” And then he speaks to the heart: “The wound in your heart may not yet have healed. Certainly, what happened was and remains terribly wrong. But do not give in to discouragement and do not lose hope. Try rather to understand what happened and face it honestly. If you have not already done so, give yourselves over with humility and trust to repentance.”

His, ultimately, is a message of hope and redemption: “The Father of Mercies is ready to give you His forgiveness and His peace.”

He added: “With the friendly and expert help and advice of other people, and as a result of your own painful experience, you can be among the most eloquent defenders of everyone’s right to life. Through your commitment to life, whether by accepting the birth of other children or by welcoming and caring for those most in need of someone to be close to them, you will become promoters of a new way of looking at human life.”

New York, which just codified extreme abortion rights in state law, has a cloud of darkness covering it right now. But one “Mama” can do a lot to help us find that new way. Whatever you think of abortion, let’s consider what we can do to rally around every mother and child, before birth, after birth and throughout their lives. With public policy. As good neighbors. As communities and a culture of welcome and loving support. This is about so much more than politics.

Focus on the Family to Host Pro-Life Event in NYC, Broadcast Live 4-D Ultrasounds of Preborn Babies on Jumbotrons