A True Three-Dimensional Approach to Life 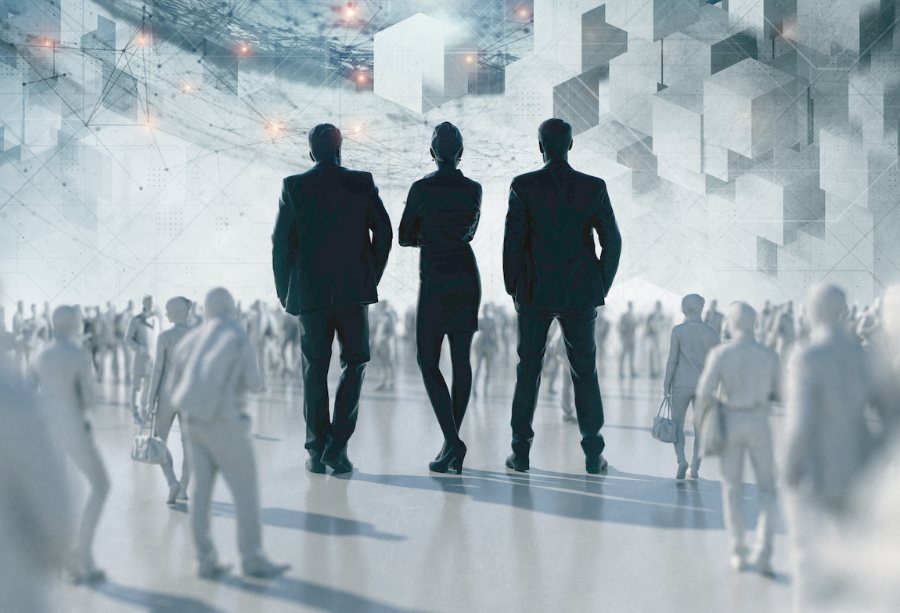 The Institute for Faith, Work, and Economics recently looked at seven truths that can help us understand the theological terminology of humans being made in the “Image of God.” This naturally leads us to ask, “So what?”

How should being made in the Image of God change how we act and interact with others?

How We Treat Other Image-Bearers

We ought to treat everyone with dignity because even though all of us are fallen, not one of us is “ordinary.” The dignity of being Image-bearers is present in mankind not only in creation but also after the Fall into sin. For instance, Genesis 9:5-6 says, “Whoever sheds man’s blood by man his blood shall be shed, for in the Image of God He made man.” (NASB) It is important to observe that the seriousness of murder is that it attacks one who is in God’s Image.

To attack a person is to attack God through his Image-bearer. Another passage talks about the tongue saying “with it we bless our Lord and Father and with it we curse men, who have been made in the likeness of God.” (James 3:9, NASB)

Clearly, God created every human being with inherent dignity and worth as his Image-bearer.

C.S. Lewis lived out the idea that “there are no ordinary people” by writing personal handwritten notes to everyone who wrote to him, as well as giving away all his royalties, honorariums and half his meager salary.

How do we affirm the dignity of the people around us? We may not choose to give as Lewis did, but his spirit of generosity and his regard for every single person is a model for valuing people.

How We Understand Ourselves as Image-Bearers

If we understand that we ourselves are also Image-bearers, that will radically transform our lives and our worldview. First, we will be filled with gratitude for God’s mercy. As a result of the Fall, we have pursued ignorance, unrighteousness and unholiness. As a result, each person has lost a significant aspect of the Image of God. Yet God’s plan of redemption leads to a renewing of what we have lost.

The apostle Paul says of himself in Ephesians 3:8, “to me the very least of all saints this grace was given” (NASB). In 1 Timothy 1:15-16 (NASB), Paul calls himself the “foremost” of sinners but immediately notes “yet for this reason I found mercy.” Certainly, it is right to take an extended time for self-examination, confession and repentance, but one should never do so without eventually coming back to God’s grace and one’s own dignity in the Image of God.

Similarly, Christians should know their gifts and have an appropriate outlet for them, in order to experience the energy and creativity that God has given them. Responding to God, others and creation are aspects of each person’s humanity.

To go against one’s nature is like running up against a wall. Chances are that one will do more damage to one’s self than to the wall. God has made people in a certain way, and when they operate according to specifications and guidelines, they run freely and well. To do otherwise is like putting water in a gas tank with the expectation that the car will run normally.

A Christian should pursue intimacy with God and with others in the body of Christ, the church. Believers should seek wise counsel on how they can better use their gifts in the church and in the world. If they do these things, they will sense integration, wholeness and meaning in their lives.

Clearly, God created every human being with inherent dignity and worth as his Image-bearer. Even after the Fall, every individual continues to reflect the Creator, making it an affront against God to attack, belittle or show disrespect to another human being.

Yet the Fall has twisted and obscured each person’s relationship to God, each other and creation, and this is what makes God’s plan of redemption so necessary for the restoration of the entire creation. Christians must understand what it means to be made in the Image of God and the implications that the Fall and God’s redemptive plan have in their lives.

As they experience God’s renewing power, they will treat others with greater dignity, have a better understanding of God’s grace, reach their potential and become more Christ-like.

Art Lindsley, Ph.D., is Vice President of Theological Initiatives at the Institute for Faith, Work & Economics. He served as co-editor and contributing author to IFWE’s Counting the Cost: Christian Perspectives on Capitalism and For the Least of These: A Biblical Answer to Poverty. An esteemed author and teacher, Dr. Lindsley is co-founder of Reformed Theological Seminary’s Washington, D.C., campus.

Originally published at the Institute for Faith, Work & Economics.