A Response to 2 Secular Conservatives I Adore 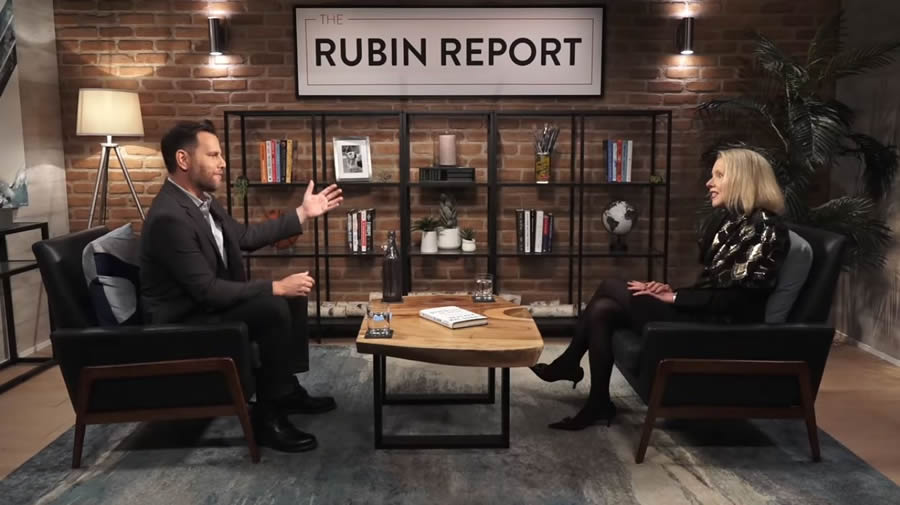 In the latest edition of “The Rubin Report” podcast, two people I adore, Dave Rubin and Heather Mac Donald, dialogue about some of the great issues facing America. Interestingly, though both are secular, Dave opened the interview asking Heather about God and religion.

She began by saying that she is not conservative because of religion but because of her commitment to empirical truth. It is empirical truth that leads her to affirm, for example, “the necessity of the two-parent family” and “most traditional values.”

Heather is right that one cannot be committed to empirical truth and be a leftist (though one can be a conservative or a liberal). Left-wing assertions that men give birth; that America was founded in 1619 (when the first enslaved black was brought to the American colonies); that people can be lifted from poverty on a mass scale without capitalism; that there are no innate differences between men and women; that America is a racist nation; that women are paid less than men for the same type and amount of work because they are women; and innumerable other leftist assertions are all false.

Resistance to the Foundation of Religious Belief

Mac Donald said: “(P)eople who I respect enormously … whether it’s Dennis Prager or Michael Medved … are making the argument that you cannot have a moral society without a foundation of religious belief.”

That is precisely the argument nearly every founder of America made. Not all were Christ-centered Christians, but virtually every one believed that inalienable rights come from the Creator, and only from the Creator. And none (except perhaps Thomas Paine) believed that America could endure if it were to become a godless society.

Massacre of the Innocents

Mac Donald: “Part of my resistance to this is simply I don’t find claims of petitionary prayer and the idea of a personal loving God consistent with what I see — what I call the daily massacre of the innocents. To me it’s a very hard claim to make that I should expect God to pay attention to my well-being when He’s willing to allow horrific things to happen to people far more deserving and innocent than I am. So, for me, it’s partly just a truth value. I cannot stomach what appears to me to be a patently false claim about a personal loving God.”

I agree with Heather’s premises but not with her conclusion. I have never believed that God has any reason to pay more attention to me than to any other innocent human being. And I, too, “cannot stomach” the “daily massacre of the innocents” — so much so that I have written how I find the commandment to love God the hardest commandment in the Bible.

But what I also cannot stomach is the thought of a universe in which the horrible suffering of innocents is never compensated by a good and just God: The good and the evil all die; the former receive no reward and the latter no punishment.

Mac Donald: “(T)he idea of what started the universe — we can’t really answer that. I think to say, ‘God’ — that’s just a placeholder for ignorance. That doesn’t help.”

Maybe we really can’t answer what started the universe. But, as Charles Krauthammer, a great secular conservative, said, “The idea that this universe always existed, that it created itself ex nihilo — I mean, talk about the violation of human rationality. That, to me, is off the charts.” God, therefore, is not “just a placeholder for ignorance.” Since science can never and will never answer the question “Why is there anything?” attributing the origins of the universe to an intelligent force (which we call “God”) strikes me as the most rational explanation.

Rubin: “I might have to get you in here with Prager.”

Does Life Have Meaning?

Mac Donald: “Where are we all headed? What is the meaning of life? To me, anybody who claims … he doesn’t find meaning in life when there is Mozart and Haydn — to invoke a Dennis Prager favorite — or Beethoven or John Milton or Aeschylus or Anthony Trollope —”

Rubin: “Or just waking up with purpose for whatever you do.”

Mac Donald: “Exactly … trying to do the best you can do. I don’t find life meaningless for one second.”

Haydn began every manuscript with the Latin words “in nomine Domini,” “in the name of the Lord,” and ended his manuscripts with the words “Lauds Deo,” “Praise be to God.” I would ask Heather and other secular conservatives: Do you or don’t you identify the steep deterioration of the arts with the death of God and religion? Is a secular society capable of achieving artistic achievement equal to that which was accomplished in tribute to God?

As for meaning, you — and I — may find meaning every day in trying to do the best we can do, or in great works of art. But, as I know you will agree, that does not mean life has any ultimate meaning. If there is no God, we are nothing more than self-conscious stellar dust. And stellar dust has no meaning.

We really need to continue this dialogue. In the meantime, for what it’s worth, I want to say to both of you, who do so much for our country, God bless you.