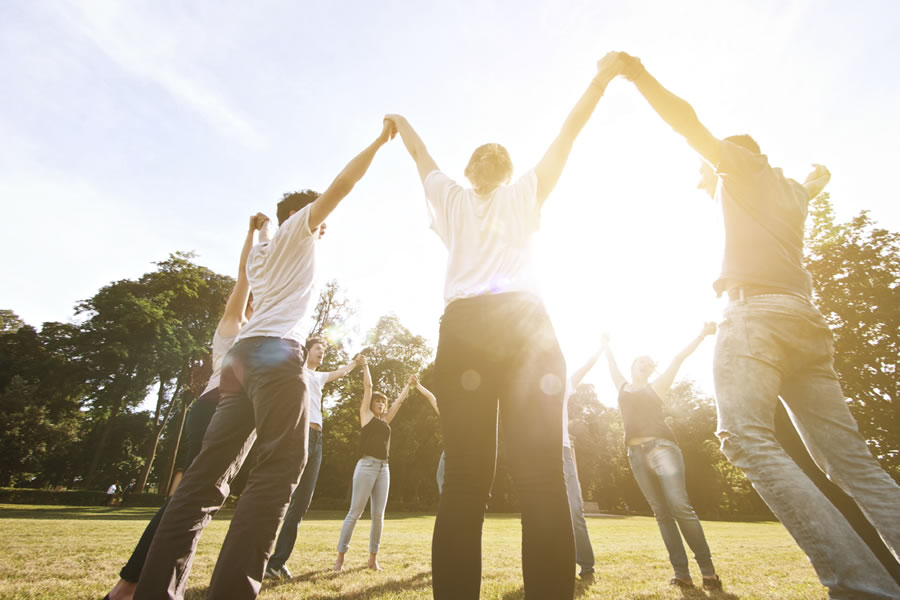 Do you ever take a look around when you’re commuting or running errands? So often, our busy routine can leave us overwhelmed, annoyed, frustrated and rushed. Perhaps you feel a combination of all of these. Or maybe you’re simply amazed. A few weeks back, I was part of a conversation about gratitude in which one man noted that when he took a step back on the way to the event and took a good look at the people passing him by, he noticed “how there are no minor characters.” Everyone is important to someone.

The U.S. Catholic bishops had a big meeting this month, and voted on some measures that to me seem insufficient for dealing with the abuse scandal that has rocked the Church. But the most important thing they did this month is publish a book called Rebuking the Devil. It’s a collection of many of the things that Pope Francis has said about spiritual warfare, the distractions that divide us and the importance of clear-sighted unity and forgiveness since coming onto the international scene.

I’ve long thought that the June Friday on which Pope Francis and Pope Emeritus Benedict consecrated Vatican grounds to St. Michael and St. Joseph was probably the most important day of his papacy. Francis was pointing to some of the most challenging obstacles before the Church and society: problems of evil and responsibility. We are caught up in the confusion, and instead of helping each other see more clearly and encouraging each other along the way, we are dividing and hating. A spate of recent books has tried to halt this phenomenon, trying to find a solution that wouldn’t whitewash our differences, but make for a meeting ground where needs are acknowledged and gifts are recognized. When Pope Francis talks about division, this is what he’s getting at: recognizing the common humanity that should bind us all together.

These clashes are just going to continue in the days and weeks and years to come, revolving around the concept of discrimination. You see it in schools, in issues revolving around foster-care and adoption, and in businesses. This is where our commitment to freedom and religious liberty in particular is being tested. Detractors who paint people of faith as close-minded bigots aren’t seeing things clearly. They don’t see us love each other, even those we disagree with. “Seeing with the eyes of Christ, I can give to others much more than their outward necessities; I can give them the look of love which they crave,” as Pope Benedict once put it in a letter on God as love and the love of God lived in the lives of Christians.

What does this mean in the midst of such fundamentally different understandings about the human person that exist today? It certainly does not mean insisting that politics and law be the conduits of radical and even tyrannical change. We shouldn’t be ending relationships, but nourishing them in the common areas of lived experience and meeting needs.

When you do look around, you start to notice the pain that so many people are in. They often walk with it and struggle through it right in front of our eyes, and we don’t take the time to recognize it. But we should notice. Notice together. Give them a hand. Lighten their loads. There are much more important things than culture-war arguments to be working together on. Finding those meeting places might just be the start of a modern-day masterpiece that makes our politics, culture and people’s lives better.