A Mother’s Tale of Hardship and Triumph

The March for Life is coming up this Friday, January 20. 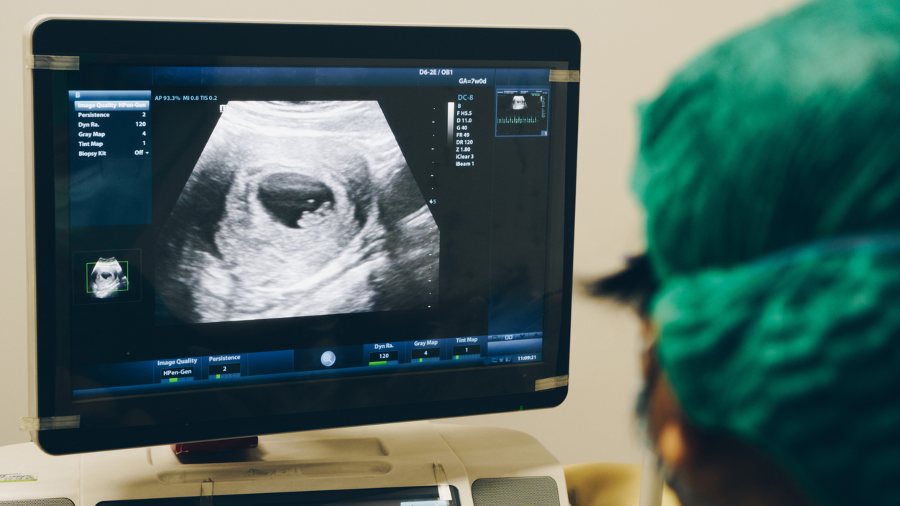 Have you ever been on a roller coaster and felt like your stomach was falling out of your body? That’s the closest Gina can get to describing what it was like to see her unborn son, Jeremiah, on a sonogram for the first time. She was 17 and living with her grandmother. Jeremiah’s father was facing criminal charges because of her age. Deciding not to have an abortion was “scary” — because it was choosing not to make it all “go away,” she says.

Gina gives her testimony in a video for Aid for Women in Chicago, a group that helped her settle down and find stability.

But before she found that stability, there was much hardship and many bad decisions. Gina worked at a strip club and started using drugs. She was living in her car. She “got caught with crystal meth and went to jail” for three and half months. Back on the streets, she went back to heavy drug and alcohol use. Gina describes falling asleep on a bench and waking up somewhere else, without a memory of how she got there.

And then she realized she had serious morning sickness. “I couldn’t bring myself to have an abortion, but I didn’t know what I was going to do.”

She wound up in shelters. She met up with her mother. And her mother gave her the number for Aid for Women. “It was all uphill from that moment,” she said. “It was not easy. I did not want to go. I was going have to make some major changes in my life.”

Getting with the program and having her second child “gave me the perseverance and stamina and fight within myself to change things, to turn it around,” she says.

“I cannot put into words just how much support there was. It was literally everything that I needed,” she says of the help provided by Aid for Women.

Gina is now raising her two children and studying to be an ultrasound technician. I recently met her at Heather’s House, one of Aid for Women’s maternity homes, where she is now working. She credits Faith Cintron, who manages the homes, for much of her success.

In the video testimony, Gina reflects: “It is hard to imagine where my life would be if it weren’t for Aid for Women. It would be somewhere very, very dark, if it was anywhere at all.” She also says Faith remains one of the closest people in her life.

This Jan. 22 marks 50 years since the Supreme Court’s Roe v. Wade decision. Jan. 20th is the first March for Life since the Court overturned Roe. People keep asking me why pro-life people are bothering to go to Washington, D.C., to march this year. The answer is simple: Because the human-rights issue of our time will not be solved until every Gina has someone to walk with her.

Women like Gina don’t need abortion pills by mail. They need someone to love them enough to show them the incredible things they are capable of. Women not only deserve better than abortion, but they also deserve more credit than what our current culture of death gives them.

Stepping up to the plate and helping women like Gina is worth more than most debates.

Gina is not an anomaly. The stories of such mothers are often largely confined to fundraising dinners for pro-life ministries. But their lives and examples show what’s possible and why yelling about abortion — on either side — is not enough.