A Messy Faith, But a Merry Christmas 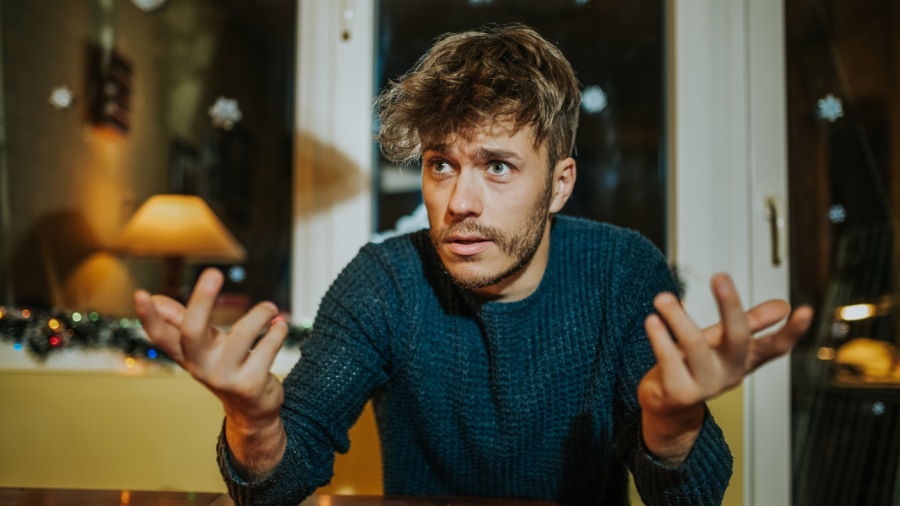 This Christmas especially, many people may be questioning their faith. God sent baby Jesus. Can he not send a vaccine? Science seems to be doing well on that front.

As the Christmas story unfolds in the Gospel of Luke, we encounter someone whose faith gets messy. I will let you read the story for yourself:

When Herod was king of Judea, there was a Jewish priest named Zechariah. He was a member of the priestly order of Abijah, and his wife, Elizabeth, was also from the priestly line of Aaron. Zechariah and Elizabeth were righteous in God’s eyes, careful to obey all of the Lord’s commandments and regulations. They had no children because Elizabeth was unable to conceive, and they were both very old. One day Zechariah was serving God in the Temple, for his order was on duty that week. As was the custom of the priests, he was chosen by lot to enter the sanctuary of the Lord and burn incense. While the incense was being burned, a great crowd stood outside, praying.

While Zechariah was in the sanctuary, an angel of the Lord appeared to him, standing to the right of the incense altar. Zechariah was shaken and overwhelmed with fear when he saw him. But the angel said, “Don’t be afraid, Zechariah! God has heard your prayer. Your wife, Elizabeth, will give you a son, and you are to name him John. You will have great joy and gladness, and many will rejoice at his birth, for he will be great in the eyes of the Lord. He must never touch wine or other alcoholic drinks. He will be filled with the Holy Spirit, even before his birth. And he will turn many Israelites to the Lord their God. He will be a man with the spirit and power of Elijah. He will prepare the people for the coming of the Lord. He will turn the hearts of the fathers to their children, and he will cause those who are rebellious to accept the wisdom of the godly.”

Zechariah said to the angel, “How can I be sure this will happen? I’m an old man now, and my wife is also well along in years.”

Then the angel said, “I am Gabriel! I stand in the very presence of God. It was he who sent me to bring you this good news! But now, since you didn’t believe what I said, you will be silent and unable to speak until the child is born. For my words will certainly be fulfilled at the proper time.”

Zechariah had all the credentials of a good religious man — he was as a priest, he was mature, he was righteous — yet he wavered in his faith. It is clear that when the angel appeared, he was not prepared for an experience of the supernatural!

A Response to the Supernatural

Perhaps there are many good religious people today who are not prepared for an experience of the supernatural.

Christianity exists as a response to the supernatural, as an outcome of God’s direct involvement in our world. Though there are many examples, let us focus on three occasions:

When Christmas comes along, while some children begin to question if Santa Claus is for real, some adults and youth begin to question if a virgin conception is for real. Faith wavers. If we believe there is any possibility that God exists, that God conceived the universe then brought it into being, then for God to be involved in the conception of a child is no problem at all, especially if there was good reason to do so.

And there was good reason.

Questions and Doubts Are Part of a Growing Faith

There is another side to this coin. Zechariah had his moment of doubt, of asking a question. Since the angel seemed to scold Zechariah for his doubt, we might be tempted to scold anyone, including ourselves, for ever doubting or questioning. However, to do so is to miss the bigger story here.

Zechariah’s doubt did not disqualify him from being part of God’s people, from being a priest, or from the wonderful calling of being John the Baptist’s Dad.

You will not be disqualified for asking a question, for sharing a doubt. As messy as our faith gets, it does not mess up God’s love.

Questions and doubts can sometimes be a necessary part of faith. Wouldn’t the world have been a safer place if the men that took control of planes to fly them into the Wold Trade Center had less certainty and more doubt? While we might claim that their faith was different, for they were Muslims of a fundamentalist variety, does it sometimes happen that we as Christians cause harm by our certainty on things where perhaps room for doubt or questions would be better?

Zechariah was not disqualified because he expressed doubt. On the contrary, just imagine how his faith must have grown when he saw the power of God at work.

A friend shared a video with me of a woman dealing with panic attacks and depression. Turning to Christian friends and professionals she was told to look for whatever sin was hindering her, or to have more faith. She eventually got better help beyond the Christian circles she was moving in. We can bring harm into people’s lives by our certitude.

Zechariah was not disqualified because he expressed doubt. On the contrary, just imagine how his faith must have grown when he saw the power of God at work. Perhaps our questions and doubts can be an important part of the journey of faith.

“I do believe, but help me overcome my unbelief!”

Is it time to take a step toward trusting the power and love of God, of trusting Jesus? Is it time to give yourself permission to have questions and doubts? When our faith is messy, it does not mess up God’s love. Zechariah’s faith was messy. It didn’t ruin Christmas.

(The full reflection can be seen as part of this “online worship expression.”)