A Messed Up Week for the News Media 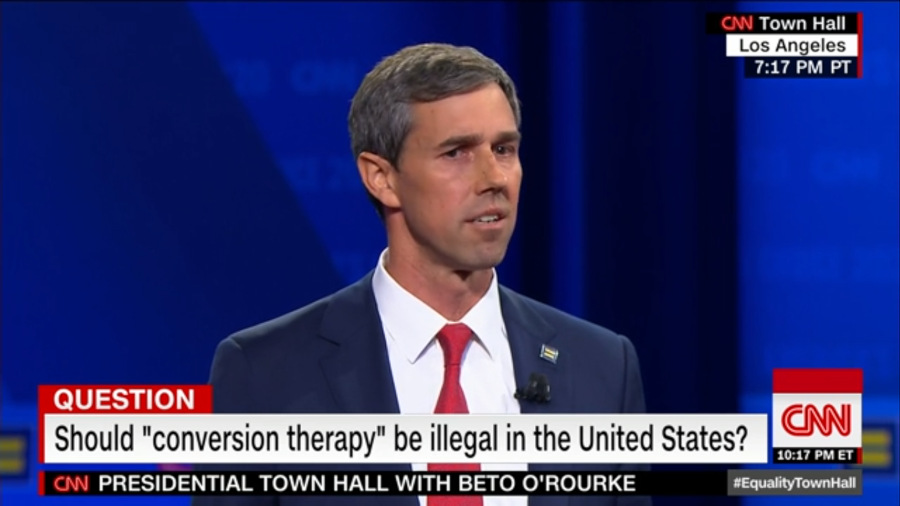 I’ve been traveling for the last couple of days (at this writing, I’m in Taiwan, where the locals are giving me some great insights about the China-Hong Kong situation), so let’s catch up on a few stories that happened while I was on planes or stuck in airports with only CNN and no reliable news sources.

Speaking of CNN, last Thursday, they held another puffball townhall for Democratic Presidential candidates, this time to help them all suck up to the LGBTQ++etc.-ad infinitum lobby. If this keeps up, I might have to change my opinion of CNN. By giving the Dems so much “Give ‘em enough rope” free air time in which to show their true colors, they might be inadvertently doing more to help Donald Trump than a whole year of Sean Hannity shows.

The townhall was, frankly, a fiasco, marked by various top level Democratic Presidential hopefuls endorsing “transition therapy” (i.e., giving dangerous chemicals and surgery to kids too young to know their own street addresses). Someday, and I hope it’s very soon, society will come to its senses and look back on this as the horrifying child abuse that it is, the way we now are appalled by female genital mutilation.

But that was only the tip of the iceberg of the lunacy on display for 4-1/2 long hours. When the audience wasn’t acting as if they were at a crowd-participation production of The Rocky Horror Show, we had Elizabeth Warren claiming she would let a nine-year-old trans child vet her Secretary of Education; a lot of word salad about preferred pronouns; Joe Biden telling one of his fuzzy anecdotes about the first time he discovered that men could love each other; and the biggest news of the night: “Beto” O’Rourke declaring that if he became president, he would revoke the tax-exempt status of any church that refused to replace its sacred beliefs with the Book of Beto and consecrate same-sex marriages.

Again, as with CNN, we might own a debt of gratitude to “Beto” O’Rourke for inadvertently helping to reelect Trump. He has apparently realized he’s not going to be president, so he’s instead become the Democratic Party’s screaming Id, uncontrollably blurting out all the innermost thoughts that his fellow Democrats have tried to keep hidden for decades, especially during election years. Heck, yeah, we’re going to confiscate your guns! Darn tootin’, we’re gonna raise your taxes! You bet your bippy we’re gonna do away with national borders and immigration laws! And make bank on it, we’re gonna rape the First Amendment along with the Second by forcing churches to replace the Bible with our “progressive” social agenda or else lose their tax-exempt status!

While the other candidates were hesitant to put their extremism and contempt for people of faith right out in the open, they made it clear in subtler ways. For instance, Warren’s obviously scripted response to what she would say to a voter who told her, “I’m old-fashioned, and my faith teaches me that marriage is between one man and one woman.” Warren replied, “Well, I’m going to assume it’s a guy who said that. And I’m going to say, ‘Then just marry one woman — I’m cool with that … Assuming you can find one.”

The Town Hall was so cringe-inducing, even Saturday Night Live, couldn’t resist mocking it as their opening sketch. Now, that’s a serious fail.

The audience whooped as if Oprah had just given them all free cars, and the liberal Twittersphere erupted in “You go, girl!’s.” But even the Washington Post recognized that as a dangerously disrespectful slam on many millions of faith voters. First, with the assumption that only a guy would hold that belief, and second, with the condescending insult. Those who like to think of Liz Warren as Hillary 2.0 got some evidence with that: like Hillary 1.0, she cluelessly insults the “deplorable” voters to their faces, and she will be shocked when she loses to Trump.

You don’t have to trust me, a conservative and former Baptist pastor, to believe how bad this radical rodeo was. Here’s a write-up from a liberal lesbian writer who declared that the big winner of that circus was President Trump.

It was so cringe-inducing, even Saturday Night Live, which of late seemed to think its job was to defeat Trump rather than be funny, couldn’t resist mocking it as their opening sketch. Now, that’s a serious fail.

Last week, the media had a field day with a Fox News poll that allegedly showed 51% of Americans think President Trump should be impeached and removed. I didn’t mention it at the time because I wanted to wait to see the internals. Also, I didn’t believe it for a second, even though it was taken at the height of Ukrainemania, before the “whistleblower” yarn started to unravel, and would have amounted to asking a jury to render its verdict after hearing only the prosecution’s opening statement.

Well, now we know the internals and the provenance of the poll, and I think it’s safe to assume my nose for bad polls was functioning properly. The poll sample, which was too small to mean anything anyway, also greatly oversampled Democrats and under-represented Independents, who lean toward Trump. The poll sample was 48% Democrats, 40% Republicans and 12 % other. The actual registration breakdown is 31% Democrats, 29% Republicans, 38% Independents.

These kind of polls aren’t meant to tell us what the public is thinking. They’re meant to influence what the public is thinking. This is one of many reasons why I discourage people from paying too much attention to polls, especially this far out, but even on election eve. Back in 2016, I was one of very few commentators who predicted a Trump win well in advance. Some pundits thought I was just happy-talking the troops, but no. It was based on looking deeper at the bogus polls that were promising a Hillary landslide.

If you don’t believe me, let’s turn back the clock to this post from my newsletter from late October of 2016, a few weeks before Trump’s “surprise” election:

One of the big stories over the weekend is how dire the polls look for Trump. The RCP average of polls has her up nearly 6 points. We might as well cancel the election! All you Republicans just forget about going to vote and start packing for the reeducation camps instead!

Well, chill out. The average of garbage polls is still garbage. Several of the most accurate tracking polls from the last election show Trump either even or slightly ahead. Democratic pollster Pat Caddell, who’s been analyzing polls for decades, says the polls are all over the place and ‘something isn’t adding up.’ He said he senses that on Election Day, Hillary will either glide into the White House or ‘we’re headed for one of the greatest shocks in American politics.’ And maybe what’s not adding up is the sample numbers. I told you last week about several polls that were highly touted by the media but that wildly oversampled Democrats. Like a poll showing Hillary up 5 points in Arizona from a sample that was 57% Democrat in a state with 33% Democratic registration.

But party affiliation isn’t the only way to jigger polls. Thanks to the latest WikiLeaks document dump, we know that Hillary’s campaign has been conspiring with pollsters to demoralize Republicans by oversampling Hillary supporters. Not just in easily-spotted ways, by just oversampling registered Democrats, but by also oversampling Democratic-leaning demographics, like African-Americans or residents of heavily-Democratic regions. These are things that aren’t typically reported in the internals of polls, but they can heavily influence the outcome.

And that’s why you’re better off reading my little newsletter than listening to CNN or MSNBC.

Chris Cuomo Finds Out the Pronoun Gods Are Not Amused

Democrats Left Their Sense of Humor in Their Other Pants