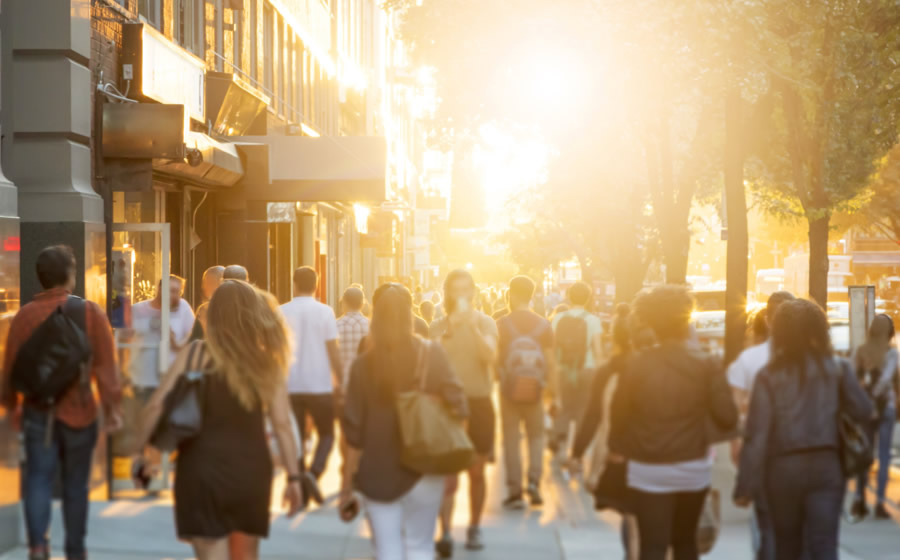 Does Christianity lead to a beautiful perspective on humanity? Or is it ugly? If the God of the Bible is real and is love, then we should expect beauty and not ugliness. Some would say it is ugly, setting up some people as better than the rest, creating a people who look down on others. It sets up a hierarchy of worth and value. There is no doubt that we, who are Christians, have sometimes acted or spoken like this is so. But is that accurate? What does the Bible teach that our perspective on humanity should be?

Let us turn first, to the beginning;

All people are created in the image of God, without exception. This fact unites us in our humanity.

It might be suggested that while this was true of Adam and Eve, it has not been true of anyone since the Fall, that we no longer bear the image of God because of sin. However, consider this early appeal to justice;

5 “And I will require the blood of anyone who takes another person’s life. If a wild animal kills a person, it must die. And anyone who murders a fellow human must die. 6 If anyone takes a human life, that person’s life will also be taken by human hands. For God made human beings in his own image. — Genesis 9:5-6 (NLT)

To paraphrase, “how dare you lift a finger against another person in violence, for people were created in the image of God and that still matters.” Every person has worth and value, even with sin in the equation.

Every Nation, Tribe, People and Language

Now let us turn to the ending;

9 After this I saw a vast crowd, too great to count, from every nation and tribe and people and language, standing in front of the throne and before the Lamb. They were clothed in white robes and held palm branches in their hands. 10 And they were shouting with a great roar, “Salvation comes from our God who sits on the throne and from the Lamb!” … 14 Then he said to me, “These are the ones who died in the great tribulation. They have washed their robes in the blood of the Lamb and made them white. 15 “That is why they stand in front of God’s throne and serve him day and night in his Temple. And he who sits on the throne will give them shelter. 16 They will never again be hungry or thirsty; they will never be scorched by the heat of the sun.
17 For the Lamb on the throne will be their Shepherd. He will lead them to springs of life-giving water. And God will wipe every tear from their eyes.” — Revelation 7:9-10,14-17 (NLT emphasis added)

The Book of Revelation speaks of an incredible diversity of peoples gathered together, redeemed by God through Christ. From this we learn that all people are redeemable, all people have the opportunity to wash their clothes in the blood of the Lamb.

To sum up what we learn at the beginning and at the end: We will never meet a person who was not created in the image of God. We will never meet a person for whom Jesus did not choose to bear the cross. All people bear the image of God without exception. Without exception, Jesus bore the cross for all people. That is the starting point point of relationship with God, though there is much we could say about where it goes from there and what allegiance to, and trust in, Christ looks like. It is also the perspective on humanity for the Christian and the starting point for our relationship with others.

We see this humanity valuing perspective in the Bible, not only at the beginning and the end, but also from beginning to end. For example,

From beginning to end, the Bible promotes the value and worth of all people. This covers more than just race, it covers any kind of difference. Consider that in a very patriarchal time and place, there is an emphasis on the equality of the sexes:

Speaking of gender, there is a lot going on with gender in society these days. Many of us may struggle to understand why a man identifies as a woman, or a woman as a man, or some don’t identify as either. The starting point for relationship, even when people are beyond our understanding, is this: they are created in the image of God and Jesus chose the cross for them. What will we choose to do for them?

All people bear the image of God without exception. Without exception, Jesus bore the cross for all people. This is true for people who are unique for any reason. With each of our pregnancies, my wife and I were offered the opportunity to test for Down syndrome. This would lead to an opportunity to have an abortion. In our minds people with Down syndrome have as much worth and value as any other person. They are created in the image of God. Jesus chose the cross for them. Therefore, should a Christian carry on with such a test?

Speaking of abortion, in my mind, people in the womb have as much value and worth as people outside. This is why Christians often tend to be pro-life. We should understand that nothing is as simple as it seems, that there is a great need for sensitivity on this topic, and people need reminding of the grace of God. Also we should understand that some people are pro-choice based on their Christian ethic, based on love and concern for Moms and women in difficult circumstances. Nevertheless, every person has value and the question is valid; is a fetus just “tissue,” or a person created in the image of God and for whom Jesus bore the cross?

If we are indeed evolved, if there is no God, then what is to stop us from thinking that one race has greater value than another?

Given that all humanity bears the image of God, the Christian cannot not look down on people as being worth less for any reason. Rather, we are called to love others with the love of Christ who bore the cross for them. The starting point is not “you are so different from me,” but “we are so much alike, in our creation in the image of God, in our need for grace, and in being given the invitation to a relationship with God.” All people bear the image of God without exception. Without exception, Jesus bore the cross for all people. This is Christian view of humanity, and it is beautiful.

God Must Be in the Picture

Now consider what can happen when we take God out of the picture. Without the Biblical perspective on humanity, we can easily fall into racism, sexism, or looking down on people because they are different. If we are indeed evolved, if there is no God, then what is to stop us from thinking that one race has greater value than another? The rat has had just as much time to evolve as the human. We naturally give the human more value and will call exterminators to deal with rat infestations so as to protect humans from disease. What is to stop us from giving greater value to one type of human, even going as far as exterminating other types of humans to protect the more valuable? Indeed this kind of thing happened with Nazi Germany. It was not Bible study and a hunger for God that led the Nazi machine to commit atrocities against the Jews. It was philosophical thinking that applied evolution to society. “We are more highly evolved than you” is ugly. In contrast, “You bear the image of God, Christ bore the cross for you,” is beautiful.

(This post is part of a series called “Compelling” which begins here. The full sermon can be heard on the podcast which is found here.)

A Christian Nation No Longer. How Did We Get Here?