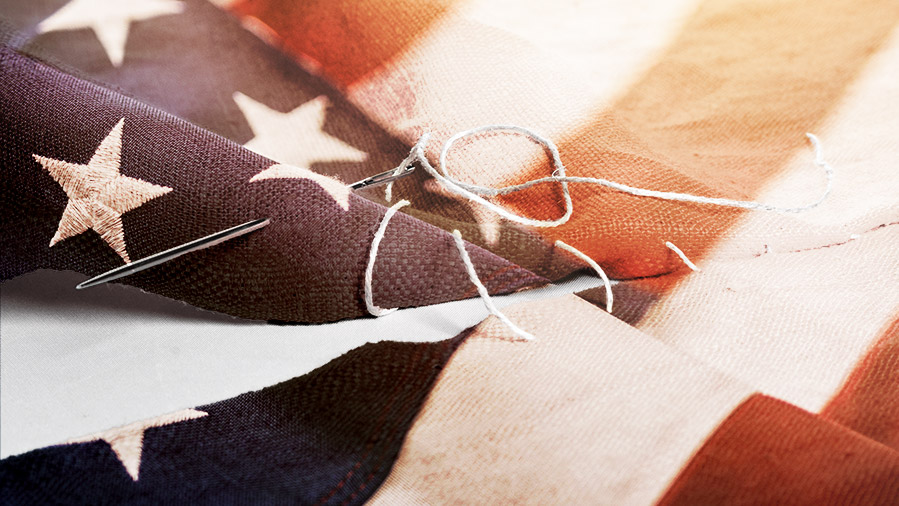 Although this Scripture passage specifically addresses the covenant between God and Israel, it still offers a remedy for America. Because there is brokenness within the heart and soul of every American. And where the healing starts.

If my people, who are called by my name, will humble themselves and pray and seek my face and turn from their wicked ways, then I will hear from heaven, and I will forgive their sin and will heal their land. — 2 Chronicles 7:14

God calls us into a relationship with Him. That’s what’s broken. It’s not about achieving perfection. Or following religious rules. But responding to God’s invitation for a restored relationship through Jesus Christ.

And this makes you part of a greater community — the church. Which, according to the Greek word “Ekklesia” means, the called out ones. Also, known as the Bride of Christ.

As this community grows — those who call themselves “People of God” — perhaps other name calling will decline.

A Biblical Prescription for the Healing of America Seeks Humility

Humility is other-centered. Puts others first. And gives them the benefit of the doubt. It’s not thinking less of yourself, but thinking of yourself less.

Which is difficult because we’re naturally self-centered.

But it begins by acknowledging I am imperfect. You are too. And we all fall short of God’s standard. That Jesus Christ is the only one who met it. So we pause before rushing to judgment. And look for ways to extend grace.

Knowing Jesus is the perfect example of humility we should imitate.

A Biblical Prescription for the Healing of America Involves Prayer

Prayer is more than presenting your list of wants to God. It’s entering His presence to both speak and listen. Seek His will. And obey. Which also counters the natural tendency to demand our rights.

It includes personal confession and intercession. Recognizes that God is sovereign. And that prayer engages God’s power in ways that are both mysterious and miraculous.

A Biblical Prescription for the Healing of America Requires Repentance

The people of Israel had a history of falling away from and returning to God. Repentance was the key difference between national prosperity and bondage. When Israel turned their backs on God, hard times followed. When they acknowledged their sin and turned back to God He restored them as a nation.

In the Greek, repentance means to turn from and turn to. In other words, a change of direction. Away from sin and towards God. More than an emotion, it’s an act of will. Done individually. But with a profound, spiritual impact when many people turn towards God together.

The good news is that God forgives. And change is possible. When we individually own our part. And collectively turn back to God. Perhaps then, we’ll be heading in a new and better direction.

Chip Tudor is a freelance copywriter, published author, playwright and pastor. He publishes drama at www.chiptudor.com, books on Amazon.com, and articles on his blog. Originally published at Chiptudor.com. Republished with permission.