Churches Can Take the Government’s Money 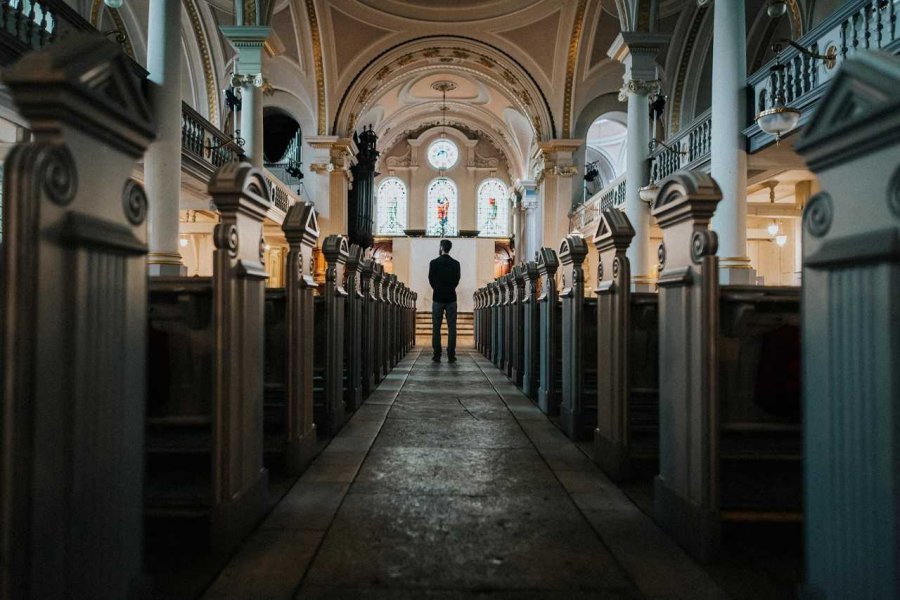 The $2 trillion Coronavirus Aid, Relief, and Economic Security (CARES) Act offers churches and other religious nonprofits money. Should they take it?

Some will not need it. Some will be adamantly opposed to any form of government aid. But with church giving reportedly down between 30-70 percent, some churches and charities may be forced to shut down their operations entirely without outside funding.

Should they take the government’s aid? I would argue there is no moral or ethical issue with churches seeking this help at this unique and unprecedented time in our nation’s history. Here are ten reasons why.

The Bible, the Welfare State, and Government Money

1) The Bible does not expressly prohibit it. Scripture does not prohibit accepting funds that are, in essence, forgivable loans. While the Bible warns against debt, these loans offered to churches are not real debt. They are designed to be forgiven, as they will become grants.

The fact that there are no examples of churches being helped by the government in Scripture is not a valid argument against it. Just the opposite. It is the absence of law that creates liberty. The absence of a  prohibition in Scripture creates the liberty to consider this option.

2) If churches are damaged or fail because of this crisis, the welfare state will expand further. Churches and nonprofits contribute enormous value to society by providing a network of social services and human support. The economic value is of inestimable worth to our nation. If these organizations fail, or even are permanently diminished, the welfare state will further expand to compensate for the loss.

Economic conservatives opposed to socialism and wealth redistribution should want to ensure that churches and nonprofits survive and remain stable once the crisis is over. This is precisely what money from the CARES Act can provide.

3) There is no such thing as government money, only taxpayer money. The only money the government has come from taxpayers and the government serves as the steward of that public funding.

5) As in eminent domain, when the government takes away something of value, it must provide just compensation. Governments have ordered businesses, churches, and nonprofit organizations to stop operating and “shelter in place.” These orders create economic harm. The U.S. Constitution requires just compensation for “takings” of private property. While there is no constitutional requirement, similarly, this relief package compensates for the harm and loss these shutdown orders have created.

6) The Constitution requires Congress provide the same aid to every nonprofit organization, including religious nonprofits and churches. Congress cannot discriminate against faith-based organizations because of their beliefs and convictions. Whether a church should take the aid is a separate question each church must decide for themselves.

7) This is not a permanent flow of funding, causing the Church to continue relying on the state. This is not an ongoing or permanent financial dependency. In a time of unprecedented crisis, the government is responding in an unprecedented way with unique help and assistance for most Americans and every church and smaller nonprofits.

8) This money is intended to be a loan that will be forgiven, but the loan can also be paid back. Congress intended these loans will be forgiven if churches use the loan for general operating purposes. These include salaries, health insurance, rent, and approved overhead expenses. A church could also use the loan in the short-term and pay it back with an interest rate of 4 percent.

9) There are no strings attached to these loans and no control being exercised by the government over a church’s beliefs or function. One of the greatest fears of Christian charities is that taking public funding will come with strings attached, which the government could use to exercise control over their beliefs or operations. There are no such strings with the CARES Act.

We all have a common enemy in the natural evil of this virus, which could severely cripple our society and kill millions of our most vulnerable citizens if governments around the world did nothing. They have chosen to lead and protect their citizens and provide orders for safety and security during this pandemic.

One of those actions is to offer churches funding. Churches should take the money.

John Stemberger is president and general council of the Florida Family Policy Council. He created the site www.COVIDChurchAid.org. One of founders of the Christian Scouting movement Trail Life USA, he’s now chairman of the board. An attorney in private practice, he’s a long-time pro-family and pro-life leader.