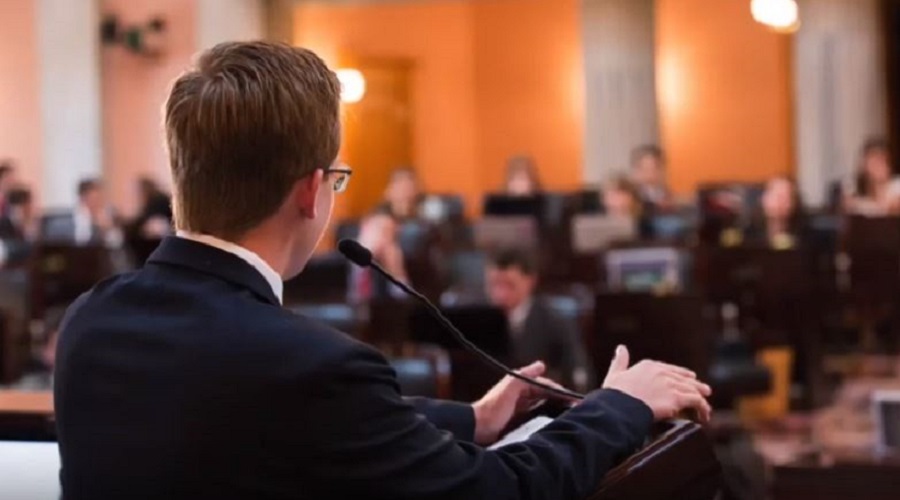 In a world that appears to be increasingly hostile to America’s founding principles, can conservatives have an impact without compromising their values?

Five years ago, two 25-year-olds from Ohio started the Forge Leadership Network in their home state to answer that question.

The Daily Signal sat down with Adam Josefczyk, president and co-founder of the Christian organization, after this year’s July summit to learn how its scope and influence have grown.

Josefczyk and Justin Powell founded Forge in 2014 to mentor young people to become principled conservative leaders in their chosen careers.

They brought in 45 students for the first annual Forge Leadership Summit, a five-day conference in Circleville, Ohio. It has nearly doubled in size, with 80 young adults attending the summit this summer.

Josefczyk said Forge’s leaders realized early on that their training was relevant beyond Ohio.

“We still have about 30 Ohioans,” he said of the yearly total. “But we now have students from Tennessee, California, Texas, Arizona, [and] New Hampshire. Students are coming from across the country to come to Forge.”

Forge’s reach has extended outside the U.S., with three students from China attending the 2019 summit.

“We want to train world-changers, and we want their time in America to have been a blessing to them,” Josefczyk said.

“Most of the international students come to us not because they know William F. Buckley or conservative orthodoxy, but because they’re Christian believers who share our views of truth and want to better themselves and love their neighbor. And that’s a border-spanning mission,” he said.

Forge also attracted students in the U.S. from Uganda, South Africa, and Venezuela over the past two years.

Josefczyk said journalist and Alienated America author Tim Carney was shocked to learn Forge students were from the areas he visited. His book is about the sociological makeup of Middle America and its apparent decline.

“’These students are from the towns I just studied, in Middle America,’” Josefczyk said Carney told him. “’Lancaster, Ohio? Flint, Michigan? A lot of these towns are seen as being in their twilight, how do you guys have so many students from there?’”

Josefczyk pointed to the summit’s geographic location, but also emphasized what he calls the organization’s “posture.”

“We try to present ourselves as humble,” he said. “We don’t have a lot of bells and whistles, but we know the quality that’s here. Not that we don’t like nice things and don’t want to be professional, but we try to make people feel at ease. It’s not a resume competition on Day One.”

A 2018 graduate of Forge, Matt Brokke, spoke with The Daily Signal about how he was fed up with school before he applied to the leadership summit.

An atheist at the time, Brokke said he came to Forge seeking validation for his conservative views. Instead, he found friendship.

“Never, before I came here, had I met someone who held me accountable,” Brokke said. “I went to the summit because I thought it would just be an echo chamber that validated my beliefs, but I ended up changing my mind on a lot of things, and growing. I realized that these were people I could see myself being friends with for the rest of my life.”

After the summit, Brokke was accepted into the Forge Mentorship Academy, a yearlong mentorship program where 30 students are paired with a mentor in their field of interest, participate in monthly conference calls with the Forge team and speakers, and travel together to Washington, D.C., and Israel.

Brokke said he became a Christian and moved with his wife to Ohio while in the academy. He is now working toward becoming a professor of history and politics.

“You know that saying, ‘Tell me who you’re with and I’ll tell you who you are’?” he said. “People have a lot of influence in our lives. And Forge is definitely that place for me, where I was able to find people who are more knowledgeable than me and more moral than me, and because of them I’m growing to be more like that.”

Carmel Kookogey is a member of the Young Leaders Program at The Heritage Foundation.

How to Resist the Vulgar Society

Acceptance of Homosexuality Grows, Even Among ‘Conservatives’

Conservatives Should Lead the Way in Free Speech