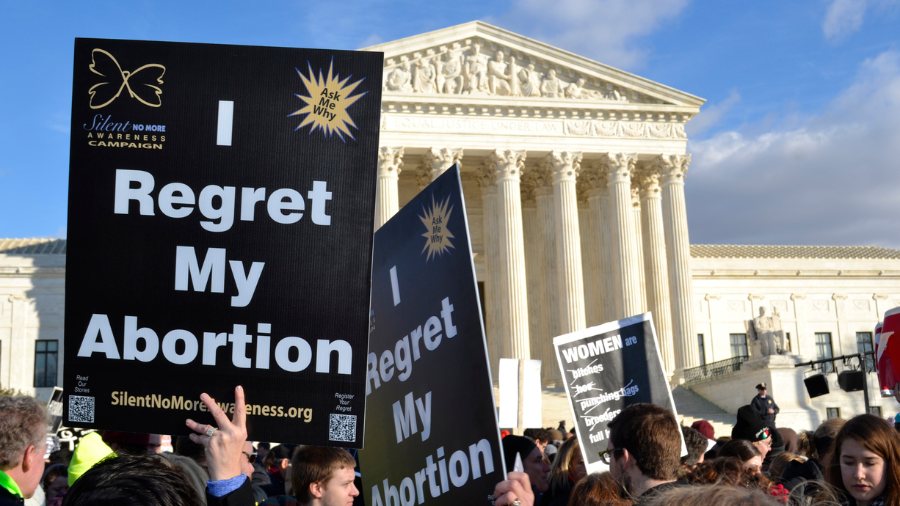 Abortion law is now in the hands of the American people and their elected state leaders. Already, 26 states have laws in place to protect the unborn, and others are taking swift action to do likewise.

Governors in South Dakota, Indiana, South Carolina, and Nebraska have called for special legislative sessions to pass pro-life bills in response to the Supreme Court’s decision to overturn Roe v. Wade, its 1973 ruling legalizing abortion across the nation.

“While many states already have protections for life on the books, our pro-life fight is only getting started,” Jessica Anderson, executive director of Heritage Action for America, told The Daily Signal.

Heritage Action is the grassroots affiliate of The Heritage Foundation, parent organization of The Daily Signal.

“States with either no laws or weak laws should follow the lead of other states like South Dakota, Indiana, South Carolina, and Nebraska in calling special sessions to put even more protections in place for unborn children,” Anderson said.

The fight for life will be “one of the most important issues of our lifetime,” she added, “and we should all demand our elected officials at both the state and the federal levels take action to reflect our values and protect life. Especially when we are met with radical proposals from Democrats in Congress like abortion on demand, the states must be the front line of defense.”

Illinois Gov. J.B. Pritzker also has called for a special session of the state Legislature, but to pass pro-abortion legislation.

Here’s what to know about the special legislative sessions set or planned in South Dakota, Indiana, Nebraska, South Carolina and Illinois.

The same day the Supreme Court overruled Roe with a 5-4 decision in Dobbs v. Jackson Women’s Health Organization, South Dakota Gov. Kristi Noem and members of the state House and Senate announced plans to call the Legislature to the capital city of Pierre for a special session.

“Today’s decision will save unborn lives in South Dakota, but there is more work to do,” Noem, a Republican, said in a press release June 24 on the high court’s decision.

“We must do what we can to help mothers in crisis know that there are options and resources available for them,” the governor added. “Together, we will ensure that abortion is not only illegal in South Dakota — it is unthinkable.”

South Dakota is one of more than a dozen states that passed pro-life legislation that was triggered into effect when the Supreme Court reversed Roe. Abortion, with few exceptions, effectively is illegal in South Dakota post-Roe.

Still, Noem said that more must be done to save babies and help mothers who face unexpected pregnancies.

In May, South Dakota Speaker Pro Tem Jon Hansen, a Republican, wrote on Twitter that if the Supreme Court overturned Roe, the state Legislature would convene to “debate new pro-life laws.”

If Roe v. Wade is overturned by the Supreme Court, the South Dakota Legislature will convene in Special Session to debate new pro-life laws. Here are some of the measures that I will advocate to be passed during our Special Session (thread):

The dates of South Dakota’s special legislative session have not yet been announced.

Indiana’s Legislature will convene in Indianapolis for a special session in July.

“The Supreme Court’s decision is clear, and it is now up to the states to address this important issue,” Gov. Eric Holcomb said in a written statement June 24.

“I have been clear in stating I am pro-life,” Holcomb, a Republican, said. “We have an opportunity to make progress in protecting the sanctity of life, and that’s exactly what we will do.”

The Legislature’s Republican majority is expected to pass a bill to protect nearly all unborn babies.

The Supreme Court’s decision to overturn Roe “gives the General Assembly the opportunity to reaffirm our commitment to life,” state Rep. Wendy McNamara, a Republican, said in a formal statement.

“While it’s too early to know what possible legislation could look like,” she added, “I look forward to discussing this important issue with my House colleagues and taking action to strengthen protections for the unborn.”

After the Supreme Court released its decision overturning Roe, Nebraska Gov. Pete Ricketts said he intends to promote a culture of life in his state.

“Nebraska is a pro-life state,” Ricketts, a Republican, told The Daily Signal in an email Thursday. “I’m working with our speaker of the Legislature to determine what more we can do to protect our pre-born babies.”

Abortion currently is legal in Nebraska up until 20 weeks after fertilization.

The governor has not yet formally called the special session in Lincoln, the state’s capital.

In 2021, the Legislature passed a bill banning abortion after the baby’s heartbeat is detected. A court enjoined enforcement while the law was being challenged, but a federal court in South Carolina has permitted the law to take effect.

Following the Supreme Court’s ruling, South Carolina Gov. Henry McMaster issued a statement saying he was committed to “immediately begin working with members of the General Assembly to determine the best solution for protecting the lives of unborn South Carolinians.”

After news broke that the high court had overruled Roe, Pritzker said he would call the state Legislature in for a special session to pass pro-abortion legislation.

“Despite the action of the Supreme Court today overturning Roe v. Wade, the right to safe, accessible reproductive health care is in full force in Illinois — and will remain so,” Pritzker said in a formal statement June 24.

“I am calling the General Assembly into special session in the coming weeks, with the support and consultation of House Speaker Emanuel ‘Chris’ Welch and Senate President Don Harmon,” the governor said. “Together, we are committed to taking swift action to further enshrine our commitment to reproductive health care rights and protections.”

Illinois currently limits abortion after a baby is considered viable, usually around 24 weeks.