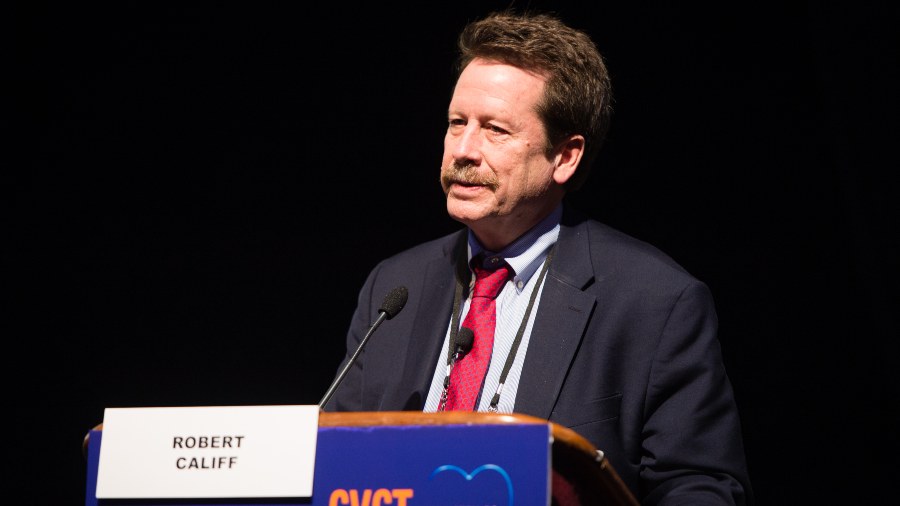 A coalition of pro-life organizations expressed opposition Wednesday to the confirmation of President Joe Biden’s choice to run the Food and Drug Administration, saying the nominee has used selective research to push approval of mail-order abortion pills and to ignore their risks.

The Senate Health, Education, Labor, and Pensions Committee is scheduled to vote Thursday on Biden’s nomination of Dr. Robert Califf to be FDA commissioner. Califf previously served in the position during the final 11 months of President Barack Obama’s administration, from Feb. 22, 2016, to Jan. 20, 2017.

If confirmed by the full Senate, Califf would replace Dr. Janet Woodcock, who has served as the acting commissioner for the past year.

While Califf was at the FDA helm, the agency in 2016 reduced the reporting and safety requirements on chemical abortions, making a pregnant woman’s death the only adverse event the FDA required to be reported. Previously, the FDA had required that severe, life-threatening adverse reactions be reported.

In December, the Biden administration’s FDA moved to weaken long-standing safety regulations against mail-order abortion drugs to allow for at-home use without medical oversight.

“Now, the Biden administration seeks your consent to return Dr. Robert Califf to the top spot at the FDA, where he will be asked to approve mail-order chemical abortion,” says the coalition letter from 49 pro-life leaders, spearheaded by the Susan B. Anthony List. “With a track record of rubber-stamping abortion industry demands and with permanent authorization of unsafe mail-order abortion hanging in the balance, Califf is the wrong choice for FDA commissioner. We urge you to vote ‘no’ on his nomination.”

The coalition letter notes that during Califf’s confirmation hearing in front of the committee, he didn’t address his role in weakening safeguards against the abortifacient drug.

“Instead, he told the committee that he trusted that any decision made by the FDA would be based on the best available data,” the coalition letter says. “There is a cruel irony in the fact that FDA data is ‘woefully inadequate’ data, due to Califf’s own decisions while serving as FDA commissioner during the Obama administration.”

The “woefully inadequate” reference was to a 2021 study published on the approval of chemical abortion medication that said:

The FDA Adverse Event Reporting System is woefully inadequate to determine the post-marketing safety of mifepristone due to [the system’s] inability to adequately assess the frequency or severity of adverse events.

The reliance solely on interested parties to report, the large percentage of uncodable events, the redaction of critical clinical information unrelated to personally identifiable information, and the inadequacy of the reports highlight the need to overhaul the current [Adverse Event Reporting] System.

The coalition letter notes that even with the lack of data, there were 20 reported deaths from chemical abortions and about 600 life-threatening emergencies, and more than 2,000 other severe events reported.

“Califf has a record of putting the abortion lobby’s extreme agenda ahead of women’s safety and the lives of unborn children,” Susan B. Anthony List President Marjorie Dannenfelser said in a statement Wednesday. “There is little doubt he will permanently authorize mail-order abortions if confirmed to lead the FDA. The Senate must protect mothers and children by rejecting his nomination.”

Dr. Robert Califf is a dangerous choice to lead the FDA. While working in the Obama administration he expanded chemical abortion drastically, resulting in more killed children and devastated families. The Senate must reject this reckless nomination.

Califf is now a professor of medicine at the Duke University School of Medicine. Biden nominated him in November to return to the FDA post.

“Dr. Robert Califf is one of the most experienced clinical trialists in the country, and has the experience and expertise to lead the Food and Drug Administration during a critical time in our nation’s fight to put an end to the coronavirus pandemic,” the president said in a November statement. He added: “I am confident Dr. Califf will ensure that the FDA continues its science- and data-driven decision-making.”

But the nomination faces bipartisan opposition. Democratic Sens. Maggie Hassan of New Hampshire and Joe Manchin of West Virginia said they opposed Califf’s nomination because of his close ties to the pharmaceutical industry. Opioid abuse is high in both states.

I'm voting no on Dr. Califf's nomination to lead the FDA. Read my full statement: pic.twitter.com/LWcMGMbb8z

My statement on the nomination of Dr. Robert Califf to serve as Food and Drug Administration (FDA) Commissioner: pic.twitter.com/vuhcx3Kcs7

In December, a group of 50 consumer and health groups called for the speedy confirmation of Califf. Those included the National Consumers League, the American Association of Cancer Research, the American Heart Association, and the Susan G. Komen breast cancer organization.

We are proud to join the 50+ organizations that signed on to support @POTUS nomination of Dr. Robert Califf @califf001 as @FDA Commissioner. Read our letter: https://t.co/A2xF0m0npo

“This is a challenging time for the FDA, with many complex and crucial projects under way,” the December letter from the pro-Califf coalition says.

We are proud to join @CancerResrch along with over 50 organizations signed on to support @POTUS nomination of Dr. Robert Califf @califf001 as @FDA Commissioner. https://t.co/Bj6DvYBGR1

“We need to confirm a new FDA commissioner without delay. Dr. Califf has shown that he is a seasoned leader who through his previous professional experience is uniquely positioned to hit the ground running,” the letter continues.