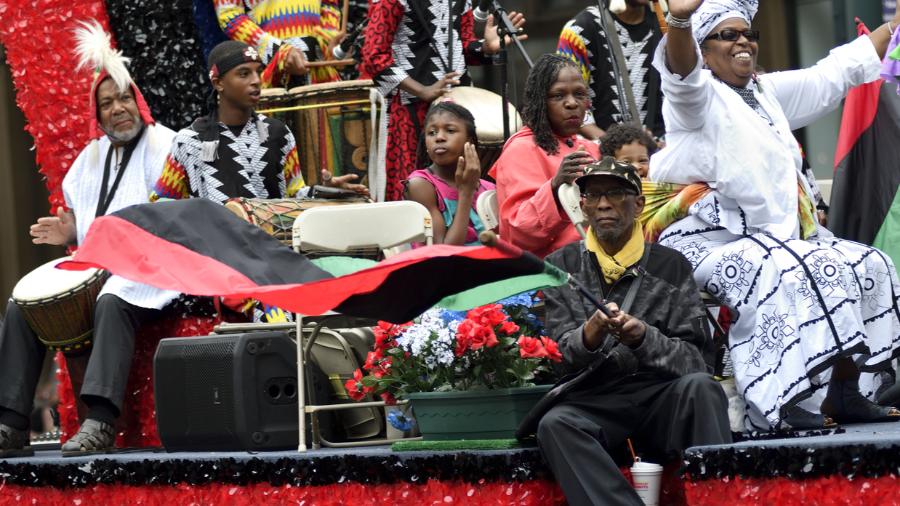 A float celebrating traditional African culture participates in the annual Juneteenth parade in Center City Philadelphia, Pennsylvania, on June 23, 2018. The Juneteenth Independence Day or Freedom Day commemorates the announcement of abolition of slavery on June 19, 1865.

Juneteenth is a long-standing American holiday, celebrated since the end of the Civil War.

However, Juneteenth — a mashup of June 19th, the day on which it’s observed — has waxed and waned in popularity in American history and has strong regional ties to the South and to Texas in particular.

Given the additional attention the holiday is now receiving, here are four facts to know about Juneteenth.

1) It First Took Place Long After the Emancipation Proclamation

Abraham Lincoln’s famed Emancipation Proclamation in 1863 only began the process of total abolition of slavery in the United States, a process that ended with the ratification of the 13th Amendment to the Constitution on Dec. 6, 1865.

The reality was that emancipation generally followed the advance of the Union Army. Texas often remained far afield of the action in the Civil War, and it wasn’t until very late — after Confederate Gen. Robert E. Lee’s surrender at Appomattox — that the Union Army took control of the state.

When Union Gen. Gordon Granger arrived in Galveston, Texas, on June 19, 1865, one of the first things he did was to make a proclamation that all slaves in the state were henceforth free.

The people of Texas are informed that, in accordance with a proclamation from the executive of the United States, ‘all slaves are free.’ This involves an absolute equality of personal rights and rights of property between former masters and slaves, and the connection heretofore existing between them becomes that between employer and hired labor.

By command of Maj. Gen. Granger.

Granger’s proclamation didn’t immediately set off celebrations among freed slaves. Many remained in fear of their former masters as the war was winding down. However, many certainly knew the implications of what had happened.

A year later, on the first anniversary of Granger’s proclamation, Juneteenth saw open celebrations by the freedmen across Texas.

3) Early Celebrations Turned Into a Tradition

“The jubilation following Granger’s announcement in Galveston moved across Texas, quickly reaching the state’s 250,000 enslaved people,” wrote historian Kenneth C. Davis in The New York Times. “A year later, a spontaneous holiday called Juneteenth — formed from the words June and [19th]—began to be celebrated by the newly freed people of Galveston and other parts of Texas.”

These spontaneous celebrations across Texas grew and became more organized.

The Freedmen’s Bureau, an agency created to transition freed slaves to lives as free men and women, began the first organized celebration of Juneteenth in Austin, Texas, in 1867.

4) The Rise, Fall, and Rise Again in Popularity

From its origin as a celebration of emancipation in Texas, Juneteenth grew in popularity and spread to other states. Those celebrations were like the original ones and included barbecues and picnics.

The holiday declined in popularity in the mid-20th century, but had a revival in the 1980s. The Texas State Historical Association explained how that occurred:

Juneteenth declined in popularity in the early 1960s, when the civil rights movement, with its push for integration, diminished interest in the event.

In the 1970s, African Americans’ renewed interest in celebrating their cultural heritage led to the revitalization of the holiday throughout the state.

At the end of the decade, [state Rep.] Al Edwards, a Democrat from Houston, introduced a bill calling for Juneteenth to become a state holiday.

The legislature passed the act in 1979, and Governor William P. Clements Jr., signed it into law. The first state-sponsored Juneteenth celebration took place in 1980.

Juneteenth is now a holiday in 47 states and the District of Columbia, although it sometimes goes by other names, such as “Liberation Day” or “Freedom Day.”