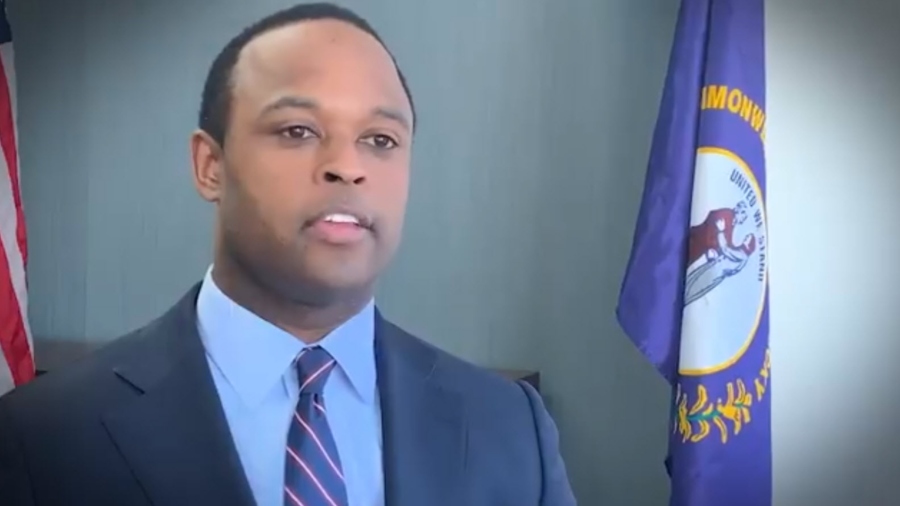 When he takes office on Dec. 10, Daniel Cameron will make history as Kentucky’s first-ever African-American attorney general and its first Republican to hold the office since 1948.

Winning 57.8% of the vote on Nov. 5, Cameron trounced his opponent, former Kentucky Attorney General Greg Stumbo, who was seeking a return to the office he held from 2004 to 2008.

Cameron’s winning margin was even bigger than the one with which he won the May 21 Republican primary, defeating state Sen. Wil Schroder with 55.4% of the vote.

Cameron said his core issue was fighting the drug epidemic in Kentucky.

“Like many Kentuckians, I’ve seen too many families torn apart by drug abuse,” he had said in announcing his campaign. “The attorney general should be the leading voice in confronting this challenge, and I believe that I am the right candidate for the job.”

He also campaigned on his opposition to abortion, gun control, and illegal immigration.

Cameron’s key campaign promise was that he would restore credibility to the attorney general’s office and “return it to its position as the chief law enforcement officer of the commonwealth of Kentucky.”

The Elizabethtown, Kentucky, native said the position should be depoliticized, as attorneys general have a responsibility to “enforce the laws that are passed by the General Assembly and signed by the governor, regardless of who that is.”

Kentucky’s next governor will be the man he will replace as attorney general, Andy Beshear, a Democrat who narrowly defeated the Republican incumbent, Matt Bevin.

With his win, Cameron joins the ranks of five other black state attorneys general — Curtis Hill in Indiana, Letitia James in New York, Kwame Raoul in Illinois, Aaron Ford in Nevada, and Keith Ellison in Minnesota — as well as Karl Racine, the attorney general of the District of Columbia. Hill is the only other Republican.

Here are five things to know about Kentucky’s attorney general-elect.

When Cameron attended John Hardin High School in Elizabethtown, he won a scholarship named in honor of Mitch McConnell, the state’s longtime Republican senator, to attend the University of Louisville.

Cameron earned a bachelor’s degree in political science in 2008 and a law degree in 2011 from the university’s Brandeis School of Law. He was a member of its law review, president of the student bar association, and was chosen by the university to speak at the commencement ceremony. Cameron played defensive back for the university’s football Louisville Cardinals in 2005-2006 while an undergrad.

After a stint with a law firm, he served as McConnell’s legal counsel for two years. In that position, he helped McConnell, now the Senate’s majority leader, make sure that the senator was compliant with Senate ethics rules.

He also played a role in the scrutiny of federal judicial appointments, and dealt with patent and trademark issues, and with Kentucky telecommunications and broadband-access initiatives.

3. Was a Private Lawyer and Lobbyist

Cameron passed the Kentucky bar exam in 2011 and engaged in private practice with Stites & Harbison in Louisville. He left the firm to work for McConnell as legal counsel. After that, Cameron joined the law firm of Frost Brown Todd in Louisville, where he has been employed since June 2017.

Cameron received an endorsement from President Donald Trump after winning the Republican primary.

The Republican Party has a new STAR, his name is Daniel Cameron (@djaycameron), and he is running for Attorney General of the Commonwealth of Kentucky….

“The Republican Party has a new STAR, his name is Daniel Cameron,” the president tweeted in July. The president added that he supported Cameron’s positions on crime, borders, and gun rights.

Cameron welcomed Trump’s support, saying that he’s a proud Republican and has pledged his support for the president’s conservative policies.