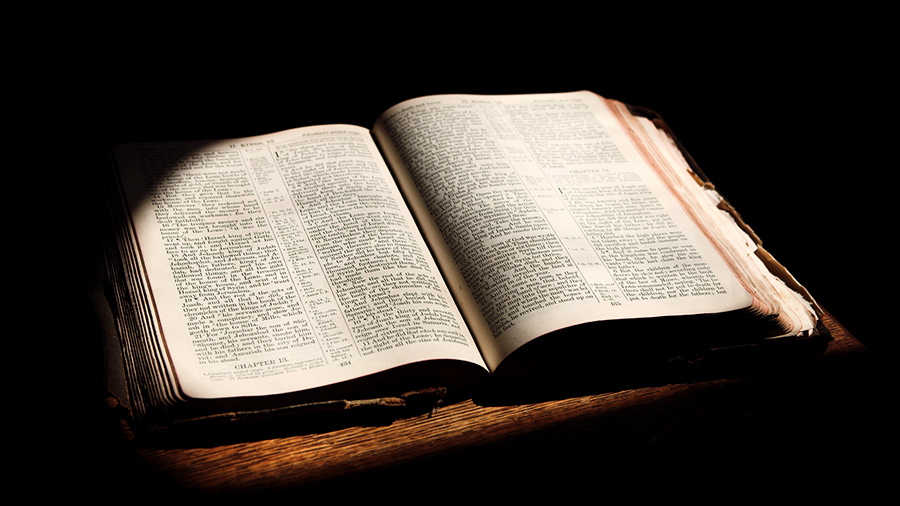 This post is for Christians. Skeptics are certainly welcome to read it, and let me know what they think, but I am not aiming to write a defense here for why the Bible is inspired. If you are curious as to why I believe the Bible is reliable and authoritative, check out the updated Evidence that Demands a Verdict.

Here I am simply encouraging Christians to reflect on how they view the Bible. And I can think of at least four reasons it’s critical to believe it is God’s Word.

First, there is a significant difference between saying “Moses says” or “Peter says” and “God says.” It is true that Moses and Peter are both mouthpieces for God. In a sense, whatever Moses and Peter say in Scripture is divinely inspired (2 Timothy 3:16; 2 Peter 1:19-21).

Personally, I would be far less inclined to follow the dictates of Scripture if I thought they were merely the products of human reflection or imagination.

Second, believing the Bible is God’s Word motivates me to understand difficult passages. If I thought the Bible was simply man-made, I would be quick to write off difficult teachings as antiquated and immoral. But because I believe the Bible is inspired, I assume there are good reasons for its teachings. And so I probe deeper for an answer.

Do I always find an answer? No. The Bible is a big book written a long time ago in a very different language and culture. Sometimes we don’t have enough information to come to a reasonable conclusion.

But many (if not most) times we do. For instance, Deuteronomy 21:18-21 seems to teach that parents should stone to death rebellious kids who don’t respond to discipline. How is this possibly just?

Jewish commentator Dennis Prager explains in his book Exodus: God, Slavery, and Freedom that this law “was one of the great moral leaps forward in the history of mankind. In this law, the Torah brilliantly preserved parental authority while permanently depriving parents of the right to kill their children, a commonplace in the ancient world and even today (for example, ‘honor killings in the Muslim world). The law permits only a duly established court (‘the elders’) — not parents — to take the life of their child. And we have no record of any court in Jewish history ever executing a ‘wayward’ son.”

Obviously, much more could be said. But this is a step in the right direction, and it only came from probing more deeply into the why behind God’s command.

Third, it is important to believe the Bible is God’s Word because that’s what motivates us to read it, study it, discuss it and pass it on to our kids (Deuteronomy 6:4-7).

And fourth, those who believe the Bible is inspired will be willing to suffer for its teachings. It’s no surprise that biblical teachings increasingly run against the values of our secular world — especially on moral and sexual issues. Those who believe the Bible comes from God will be much more likely to follow its teachings, even if that comes at a personal cost, as it did for the apostles (e.g., Acts 5:29).

Is There a ‘Third Option’ for Racial Reconciliation? Interview With Miles McPherson