4 Examples of Bad Economics in Biden’s State of the Union, Debunked 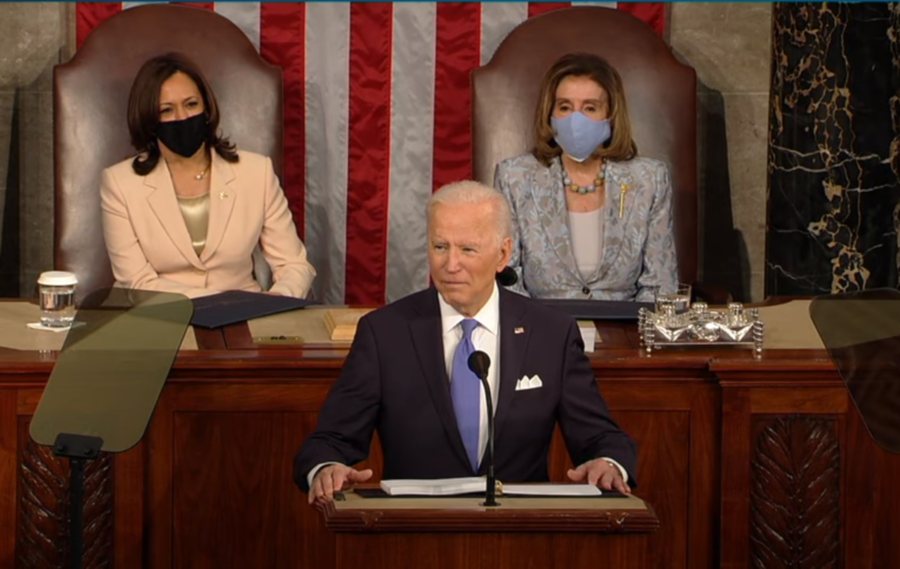 Millions of Americans tuned in for President Biden’s State of the Union address last night.

When the president spoke about our nation’s experiences with the COVID crisis and offered optimism for the future, there was a lot about his speech that we can all appreciate. But when Biden turned to policy specifics, particularly economics, he quickly stumbled into misleading territory and, at times, flat-out wrong assertions.

1. Crediting Big Government Policies with Economic Recovery that was Always Going to Happen

Biden boasted that, supposedly thanks to his massive COVID spending bill, “the economy created more than 1.3 million new jobs in 100 days… more new jobs in the first 100 days than any president on record.” Too, he cited projections that “our economy will grow at a rate of more than 6% this year…the fastest pace of economic growth in this country in nearly four decades.”

In both cases, Biden is citing accurate statistics but making a misleading attribution.

The economy was always going to rebound as lockdowns and restrictions were eased. As far as his massive “COVID” spending bill, much of which was actually waste and unrelated partisan spending, an Ivy League analysis found it will actually decrease economic growth and wages in the long run.

Biden channeled his inner President Trump at one point in his speech, promising that “American tax dollars are going to be used to buy American products made in America that create American jobs… the way it should be.”

This narrative runs against one of the most basic principles of economics: gains from specialization and trade.

Specifically buying only goods and services made in America means that our tax money is being spent based on politics, not on whoever offers the lowest prices and best products. That’s a raw deal for taxpayers. Moreover, we all win when the American economy focuses on the goods/services where we are most efficient and turns to producers in other countries for the goods/services where they have a comparative advantage.

(Read more on the faulty economics of “Buy American” here.)

3. False Promises About Not Taxing the Middle Class

Biden renewed his promise not to “impose any tax increases on people making less than $400,000 a year,” claiming that he “will not add to the tax burden of the middle class of this country… they’re already paying enough.” But this is directly contradicted by Biden’s policies. His proposal would increase taxes on households who earn $400,000, aka $200,000 per person.

More importantly, the real economic cost of Biden’s proposed tax hikes on “Big Business” would be largely borne by average Americans and workers. Indeed, one study found that the president’s proposed corporate tax increase would lead to an average income loss of $1,650 per household.

In the address, Biden renewed a familiar anti-capitalist trope by attacking a strawman version of free-market economics.

“My fellow Americans, trickle-down economics has never worked,” the president argued. “It’s time to grow the economy from the bottom up and middle-out. A broad consensus of economists — left, right, center — agree that what I’m proposing will help create millions of jobs and generate historic economic growth.”

For starters, “trickle-down economics” is not a thing. It doesn’t really describe actual free-market policy or free-market theory about how the economy works; it’s a caricature term critics beat up on that is almost never used by its supposed adherents.

And no such broad consensus of economists exists in support of many of Biden’s more radical policy proposals. In fact, even liberal economist and former Obama official Larry Summers has critiqued Biden’s early agenda as the “least responsible” macroeconomic policy in 40 years.

Biden made other economically unfounded claims, like arguing that “unions build the middle class” and that a $15 minimum wage will uplift Americans in poverty. (Counterarguments here and here.)

Unfortunately, President Biden’s State of the Union address was no exception to this timeless rule.