Police are looking for 29-year-old Travis Reinking in connection with the murders. 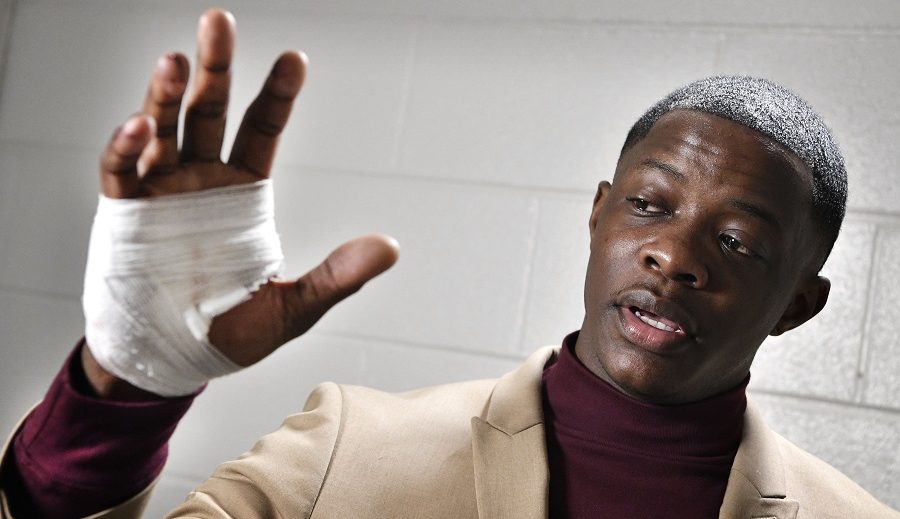 James Shaw Jr., shows his hand that was injured when he disarmed a shooter inside a Waffle House on Sunday, April 22, 2018, in Nashville, Tenn. A gunman stormed the Waffle House restaurant and shot several people to death before dawn, according to police, who credited Shaw, a customer with saving lives by wresting the assailant's weapon away.

This article is available to read at the Associated Press Archive Link here: https://apnews.com/b0da52acd5374c28a2495291b0819387/4-dead-in-Nashville-Waffle-House-shooting;-suspect-sought