Pope Mourns Irish Culture of Cover-Up in First Appearance Since Bombshell Letter, Remains Silent About His Own Cover-Up Allegations 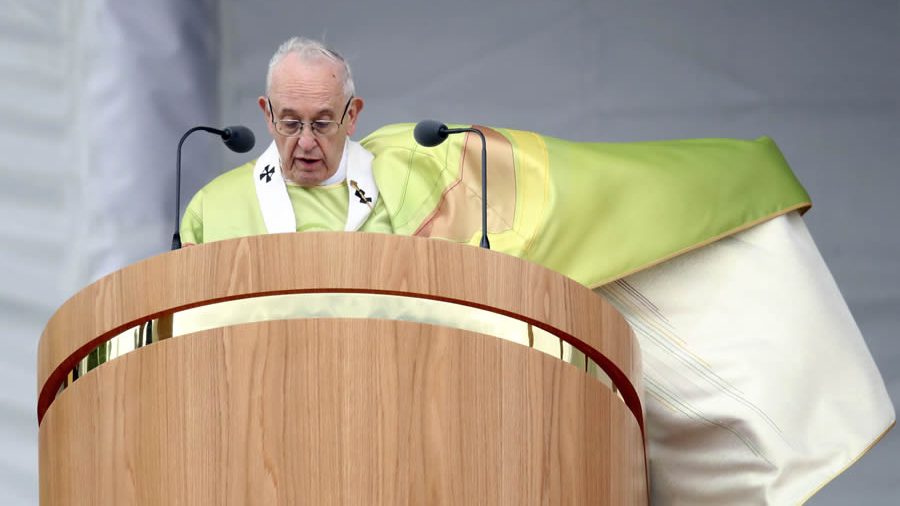 Pope Francis celebrates Mass at the World Meeting of Families at Phoenix Park in Dublin, Sunday, Aug. 26, 2018. Pope Francis is on a two-day visit to Ireland.

Pope Francis lamented the Irish church’s history of abuse in his first appearance since Archbishop Carlo Maria Vigano’s bombshell letter, but refused to address Vigano’s allegations against him.

Francis made the remarks during a general audience Wednesday in St. Peter’s Square, where he spoke of his recent trip to Ireland and mourned the fact that the Irish church historically failed to act against reports of abuse, which, in some cases, proved fatal. He said nothing, however, about the 11-page letter written by Vigano, released on the final day of Francis’ Ireland visit, which accused the pontiff of covering up sexual abuse allegations for Cardinal Theodore McCarrick.

While Francis spoke of the Irish church’s abuses and cover-ups, he reportedly omitted lines in his prepared remarks which said that he prayed to the Virgin Mary to intercede to God to give the church the necessary strength to “firmly pursue truth and justice,” according to The Associated Press. Had Francis spoken those lines, they may have been seen to grant credence to Vigano’s tell-all letter given the timing of its release and the firestorm it has started among bishops and cardinals.

Vigano’s letter has created a rift among Catholic clergy, with some like Vatican Cardinal Raymond Burke saying that Vigano’s declarations “must be totally taken to heart by those responsible in the Church,” while others accused by the letter, like Cardinal Joseph Tobin of Newark, denouncing Vigano’s claims. Catholic leaders and lay faithful in general have called for an investigation in response to the allegations against McCarrick and the more recent allegations of cover-up in Vigano’s letter.

The letter states that Pope Benedict XVI placed sanctions on McCarrick that prohibited him from traveling and public ministry, commanded him to leave the seminary in which he was living, and commended him to a life of penance and prayer. Those alleged sanctions were not well enforced, but Vigano claimed he told Francis of the allegations that McCarrick abused seminarians and of his sanctions in 2013. He said Francis chose not to enforce those sanctions and instead turned to McCarrick as a “trusted counselor” concerning the appointment of bishops.

Bishop Thomas J. Olmsted of Arizona, Bishop Athanasius Schneider of Astana, Kazakhstan, and Bishop Joseph Strickland of Texas have joined their voices with Burke in defense of Vigano’s truthful character.

Cardinal Blase Cupich of Chicago and Cardinal Bishop Robert McElroy of San Diego, both of whom Vigano accused of acquiescing to the “homosexual current” allegedly seeking to subvert the church’s doctrine, have meanwhile joined ranks with Tobin in vehemently opposing Vigano and his letter.

Francis told reporters, however, that he “won’t say a word about it.”

A Cleansing Fire Is Coming for Catholics

Creepy Cardinals and Cover-Ups: An Interview With George Neumayr

Pope Francis Is the Catholic Nixon