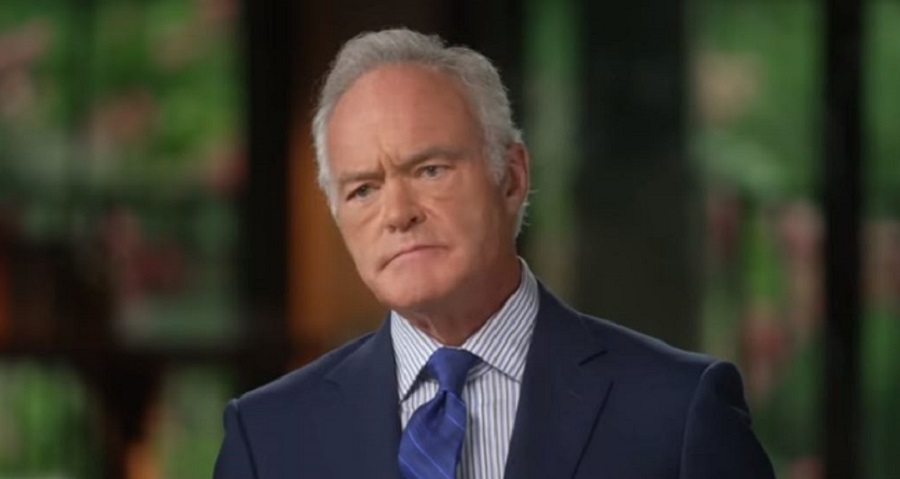 Government statistics show that more than 8,300 wildfires have burned some 4 million acres to date. The flames have claimed 31 lives and destroyed nearly 8,700 structures. One of those structures belonged to Fire Station 61 Chief Reed Rankin, who saw his home reduced to a charred skeleton after a September blaze.

“[It’s] nothin’ but a foundation with a metal roof on top of it,” Rankin, who has spent more than 28 years as a firefighter, told Pelley. “It’s completely burned down.”

CBS had a wonderful opportunity to explore the devastating impact and causes of California’s fires. Unfortunately, it was an opportunity missed. The 60 Minutes segment focused primarily on climate change, a topic that is covered in depth virtually every single day.

California’s historic wildfires received scant attention, and all but the most attuned viewers would have concluded that the wildfires are simply the result of global warming. That’s because Pelley spent a total of seven seconds of the 13-minute segment explaining a primary cause of California’s megafires.

“Climate isn’t the only reason,” Pelley says of the wildfires at one point. “Decades of aggressively putting out every forest fire allowed brush to pile up like kindling.”

Pelley is correct. There is a widespread scientific consensus that California’s aggressive efforts to suppress fire have made the state ripe for megafires. But this is the last 60 Minutes viewers hear on the mismanagement of California’s forests.

The bulk of the segment is dedicated to interviewing James Hansen and Michael Mann, a pair of scientists who have spent decades warning about the dangers of man-made climate change.

“We’re seeing exactly what we expected,” said Hansen, who in 1988 produced a seminal paper predicting a decades-long rise in global temperatures. “But I expected that governments would be wise enough that they’d begin to adopt policies to preserve the future for young people. But they haven’t done that yet.”

Hansen runs the program on climate science at Columbia University, and Pelley notes that he is considered the “father of climate change science.”

“If we don’t change anything, then we’re going to continue to see more and more of these extreme regional events,” Hansen says. “The physics is quite simple. As you add more greenhouse gasses to the atmosphere, you increase the heating of the surface. So at the times and places where it’s dry you get more extreme droughts, the fire seasons become longer, the fires burn hotter.”

When I first wrote about California’s wildfires, I noted that evidence suggests both poor land management and California’s high temperatures have played a role in the wildfires. And it’s certainly reasonable to assume the dry and hot conditions have contributed to California’s harsh season.

Yet to blame the bulk of the blame on climate change ignores evidence that suggests government policies are the primary culprit. Consider these facts.

Wildfires are not at historic highs (not even close)

It’s true that California is suffering from a truly devastating fire season, one that has exacted a sadly high toll on human lives. Across the US, however, burning is much lower than previous decades.

When journalists and climate activists warn of record-high levels of fire in the US, they’re simply ignoring all data prior to 1960. This offers a politically convenient baseline, since it means that the data set begins when fire suppression was still a widely used management tool in the US.

For all the talk about 2020's fires being an unprecedented apocalypse (7M acres burned), it's worth noting 2020 is unlikely to surpass 2017's total.

State statistics say California has seen about 4 million acres burn this season. That’s a lot. In fact, it’s more than half of the total acreage burned in the US.

What these numbers mean is that the megafire problem in the US right now is a problem pretty much singular to California. This suggests it’s less about climate change and more a result of the state’s decades-long practice of fire suppression.

As fire experts recently told the New York Times, other parts of the United States long ago abandoned such policies, recognizing natural and prescribed burning are effective tools to manage the land.

“Today fire is widely accepted as a tool for land management in the Southeast,” said Crystal Kolden, a fire scientist at the University of California, Merced, told the Times last month.

Is it possible that Appalachia country and other parts of the US are being spared from the effects of climate change? More likely, they simply learned decades ago a fact that California has refused to acknowledge: burning is necessary, and aggressive efforts to suppress it are disastrous.

California represents 4.3% of US landmass but accounts for more than 50% of its burned acreage in 2020.

Does climate change effect California differently than other parts of the country?

Or are we seeing the results of Calif's aggressive, decades-long fire suppression tactics?

Texas is Hotter Than California and Has More Forests, but Far Fewer Megafires

In case some people do believe that California is simply experiencing harsher effects of climate change than other parts of the country, it’s worth pointing out a few simple geographical facts about Texas.

The Lone Star state actually has more forest area than the Golden State and higher temperatures. Yet government data show they’ve had far fewer megafires. From 1997-2019 Texas had about one-third the number of megablazes (fires larger than 100,000 acres) that California did.

What could explain these results? Perhaps the fact that 95 percent of Texas’s land mass is privately owned and authorities have embraced burning policies that allow fire to do its natural work.

Texas has more forest than Calif. and higher temps, yet gov. data show show that from 1997-2019 TX had about 1/3 the number of megablazes (fires larger than 100k acres) that California did.

California’s wildfires are a serious matter. We must make every effort to protect people and communities from their devastating effects. But the crisis should not be used to advance a politicized climate change agenda, especially when evidence suggests California’s wildfires stem largely from government mismanagement.