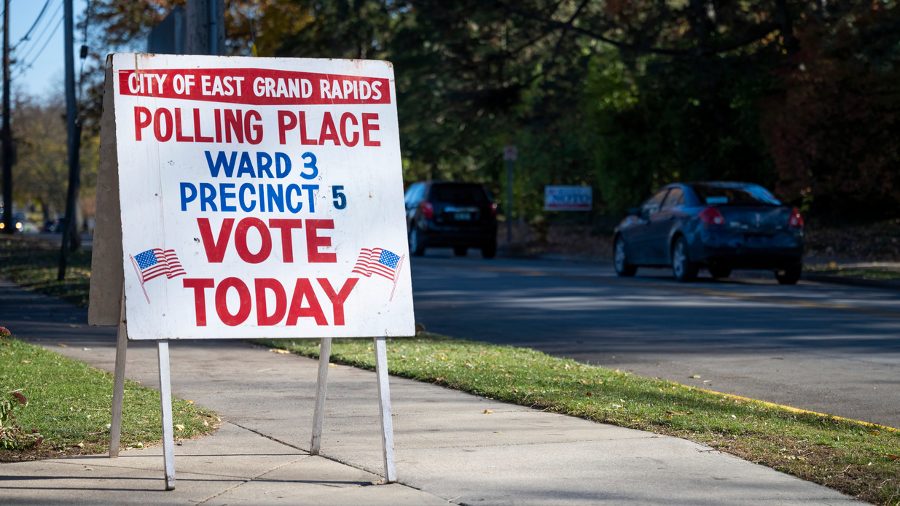 Theresa Domasiewicz, a one-time resident still listed as a registered voter in Michigan, would be 108 years old if she were alive today. But she isn’t, having died in May 2000.

Domasiewicz is among 25,975 dead people who remain on the state’s voting rolls, according to a lawsuit filed Wednesday in the U.S. District Court for the Western District of Michigan.

Public Interest Legal Foundation, a conservative ethics watchdog, alleges in the lawsuit that Michigan Secretary of State Jocelyn Benson, a Democrat, has not complied with the 1993 National Voter Registration Act. That federal law says election officials must “conduct a general program that makes a reasonable effort to remove the names of ineligible voters from the official lists of eligible voters.”

The legal group’s analysis of the Michigan voting rolls found another registered voter who would be 100 years old today had she not died in 2000.

A significant number of voters — 3,956 registrants — have been dead for at least 20 years, according to Public Interest Legal Foundation.

Another 17,479 registered voters still on the rolls died at least a decade ago, while the bulk — 23,663 — have been dead for five years or more.

“Michigan’s list maintenance activities have proven unreasonably inadequate to identify many registrants who are deceased, some of which have been deceased for a significant number of years and been published in newspaper death notices,” the legal foundation states in the complaint. “The foundation was able to find copies of death notices and pictures of grave markers for individuals included on the foundation’s list of likely deceased registrants.”

A spokesman for the Michigan Secretary of State’s Office said the office had not seen the lawsuit yet and couldn’t comment on specifics.

“Michigan maintains its voter registration list in accordance with all state and federal laws, including provisions for deceased voters,” Jake Rollow, the office’s chief of external affairs, told The Daily Signal in an email. “We have not yet seen such a lawsuit and cannot comment.”

Public Interest Legal Foundation did not allege specific cases of someone using the names of dead residents to cast fraudulent votes in Michigan.

“This case is about ensuring that deceased registrants are not receiving ballots,” J. Christian Adams, president of Public Interest Legal Foundation, said in a written statement.

“For over a year, we’ve shared specific data with the Michigan Secretary of State’s Office about the alarming problem of deceased registrants on Michigan’s voter rolls,” Adams said, adding:

Secretary Benson has done nothing to resolve the problem and is even refusing to hand over public documents related to these failures. The failure to remove deceased registrants creates an opportunity for fraud and makes Michigan’s elections less secure.

“The foundation has spent many thousands of dollars reviewing Michigan’s election procedures and documented failures to maintain an accurate and correct voter roll as required by the NVRA,” the complaint says, referring to the National Voter Registration Act.