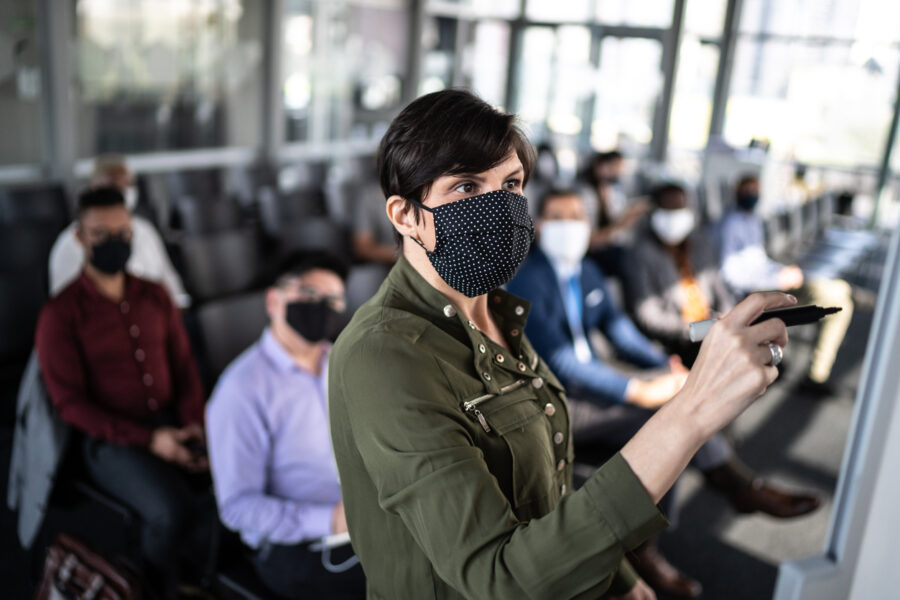 Public school employees Brooke Henderson and Jennifer Lumley have had it with the racially discriminatory training sessions taking place in their school district in Springfield, Missouri.

The women filed suit Wednesday in federal court, arguing that Springfield Public Schools violated their right to free speech under the First Amendment by forcing them to affirm beliefs with which they disagree during mandatory race-based trainings as a condition of continued employment.

Southeastern Legal Foundation, which brought the suit on behalf of Henderson and Lumley, already had filed a civil rights suit in federal court in Illinois over a school district’s use of racially segregated trainings and affinity groups. It was the first major lawsuit in the nation to confront critical race theory head-on.

Equity is an anodyne-sounding term that shields a pernicious reality.

The American Psychological Association describes “cultural competence,” the platform upon which equity rests, as “the ability to understand, appreciate and interact with people from cultures or belief systems different from one’s own,” and “good treatment for people of diverse cultures.” This “good treatment” expresses itself in modern classrooms through “equity training” and “equity”-based curriculum.

In practice, however, equity’s aim is entirely different than that of equality — the principle espoused in America’s founding documents. Rather than assuring that all people get equal opportunities for success, equity is focused on equality of outcome, leveling one group’s perceived advantages by, among other devices, applying federal law in an unequal manner to those of different races and identities to benefit one over the other.

This is precisely the tactic employed by the Biden administration with the president’s Jan. 20 executive order called “Advancing Racial Equity and Support for Underserved Communities Through the Federal Government.”

The effect of President Joe Biden’s order is the universal application of the doctrine of “disparate impact,” which posits that an entirely neutral, facially nondiscriminatory policy — one that isn’t intended to discriminate and doesn’t actually treat individuals differently based on race — nevertheless constitutes illegal racial discrimination if it has a “disproportionate” effect among different racial and ethnic groups.

The Supreme Court and various federal circuit courts — one as recently as a few weeks ago — have summarily rejected the doctrine of disparate impact as a constitutional matter, focusing instead on application of the law rather than the outcomes that law produces.

The school district’s matrix compares these so-called covert oppressions to “lynching,” “hate crimes,” and “burning crosses,” all forms of white supremacy classified as “overt” in nature and considered to be socially unacceptable.

As to its use of equity-based trainings and the materials contained therein, the Springfield school district has said:

Our commitment to all students and staff, including those who are under-resourced and underrepresented, is reflected in our strategic plan, which includes a focus on equity and diversity. Staff training encourages participants to consider how their individual journey may differ from the experiences of others. … Subsequent media coverage has inaccurately represented this training by reporting incorrect and/or incomplete information, without appropriate context.

But according to the complaint filed by Southeastern Legal Foundation, the two educators were not “encouraged” to consider differences, but rather required to affirm Springfield Public Schools’ “race essentialism.” This affirmation of race essentialism — the view that race is the defining characteristic of all individuals — came at the risk of the women losing mandatory training credits, having their pay docked, and putting their jobs in jeopardy.

According to the lawsuit, the school district’s equity trainers made statements such as: “In doing social justice work, it is important we acknowledge the dark history and violence against Native and Indigenous People across the world.”

Trainers gave employees signs to express agreement or disagreement with the statements, and employees who didn’t hold up signs saying “strongly agree” (opting, for example, to hold up signs with “disagree” instead) were berated by fellow employees and reprimanded by school district leaders.

Trainers told employees to complete a “social identities” circle, requiring them to respond to inquiries about their sexual orientation, religion, and socioeconomic status by ranking them in order of personal importance.

According to the complaint, Lumley, a records secretary, and Henderson, a student disabilities coordinator, were forced to “affirm views they did not support, to disclose personal details that they wish to keep private, and to self-censor on matters of public interest.”

This mandated participation in the school district’s race-obsessed training set up an “unconstitutional condition of employment” and chilled employees’ speech, according to the lawsuit.

Public schools are an arm of the government. The check on that power is in the courtroom. It is well-settled law that the government cannot discriminate based on viewpoint, cause individuals to self-censor, or force individuals to accept beliefs with which they do not agree. Unfortunately, that is exactly what [Springfield Public Schools] is doing.

Both the Supreme Court and various federal circuit courts have affirmed that the right to free speech under the First Amendment includes not just the freedom to say what one wants, but the freedom to avoid speaking and  protection from having to affirm a belief one doesn’t hold, especially on matters of public concern — such as gender identity or race.

Southeastern Legal Foundation has asked the court to put an end to the school district’s training to prevent further violations of employees’ First Amendment rights.

On behalf of its clients, the law firm asks the court for a ruling that the school district’s professional development programming violated the two women’s rights to free speech and was an unconstitutional condition of their continued employment. The firm also has asked the court to permanently halt this training districtwide.

Based on this second major lawsuit, the Chris Rufo-led national legal coalition fighting critical race theory, and a surge in grassroots opposition to its teaching in public schools, apologists for critical race theory soon will face a reckoning in court.