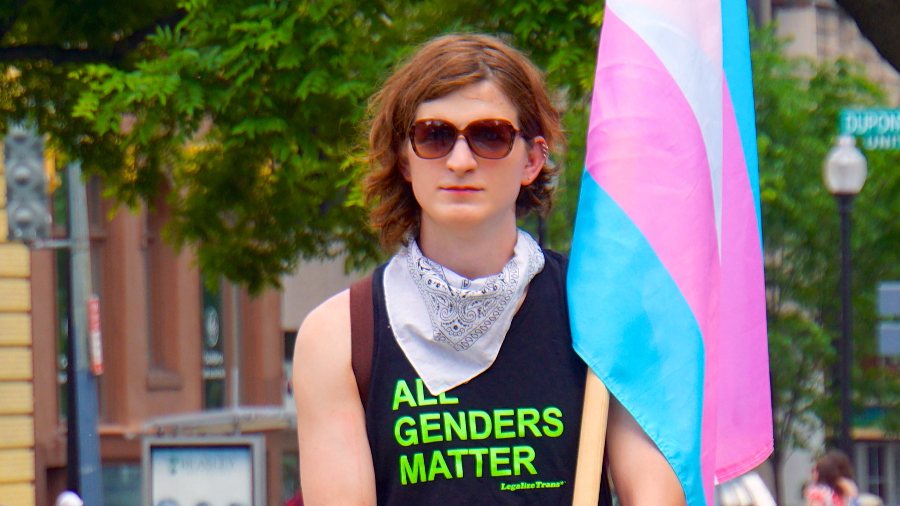 “We’ve had enough of this extreme liberalism,” Erin Friday, a registered Democrat, told The Daily Signal in an interview.

Friday, 55, is the leader of a local Parents of Rapid Onset Gender Dysphoric Kids chapter. For her, the transgender issue is personal.

Friday’s teenage daughter is what’s known as a desister, someone who is briefly socialized as the opposite sex but doesn’t go through with any surgeries or hormone treatments.

“After she said, ‘I want to be called by a male name,’ … every teacher and every student called her by a male name. This was kept from me,” said Friday.

In the ongoing debate surrounding gender ideology and medical intervention for children, California lawmakers are considering a pair of sweeping bills that critics claim will entice confused kids to the state and receive life-altering treatment.

If passed, SB 923 will require physicians and health insurance providers to receive training on how to deal with transgender and gender nonbinary people, as well as require insurance companies to include a list of providers that provide cross-sex hormones or perform gender surgeries in their network directories.

Friday sees the bill as “indoctrination.”

“It’s a forced curriculum that will be prepared by non-medical professionals and advocacy groups,” she said. “They are taking California state dollars and using them to advocate for gender interventions.”

SB 107 is being hailed as a transgender refuge bill that would prohibit state agents from complying with other states’ subpoenas for medical information and would prevent non-California courts from demanding the state remove children from homes where gender treatments are occurring.

The bills’ author, state Sen. Scott Wiener, D-San Francisco, tweeted in April, “SB 107 will be our legislation to provide refuge in CA for trans kids & their families from states that are criminalizing them & MDs & threatening to remove trans children from their homes.”

To Friday, the bill is nothing short of terrifying.

“It doesn’t just create a sanctuary state to go against those states that ban gender intervention, it creates a sanctuary against the other 49 states. Once [the minors] put their foot in California, the California courts are required to take jurisdiction over that child,” Friday said.

She continued, “That means the California courts will decide what is in the best interest of that child. We’ve seen it in California; taking that child away from those parents, because the parents refuse to involve their children in experimental sterilizing-causing treatments.”

Friday isn’t the only parent who has been impacted by the rise in transgender ideology across the country.

Ted Hudocko is a 56-year-old dad who lost custody of his son after the then-15-year-old claimed he was transgender. After researching the science behind gender transition processes, Hudocko expressed he was uncomfortable with his son transitioning.

Hudocko lost custody of his son to his ex-wife.

If SB 107 is passed, Hudocko fears his story might become more common.

“It is absolutely going to encourage runaways to come to California. It’ll encourage parents in other states to abscond with their children,” he said in an interview with The Daily Signal. “As long as they get to California and claim a discordant gender identity, the California courts will assert jurisdiction.”

Hudocko continued, “It’s an Orwellian system. The family court system here is not to be trusted.”