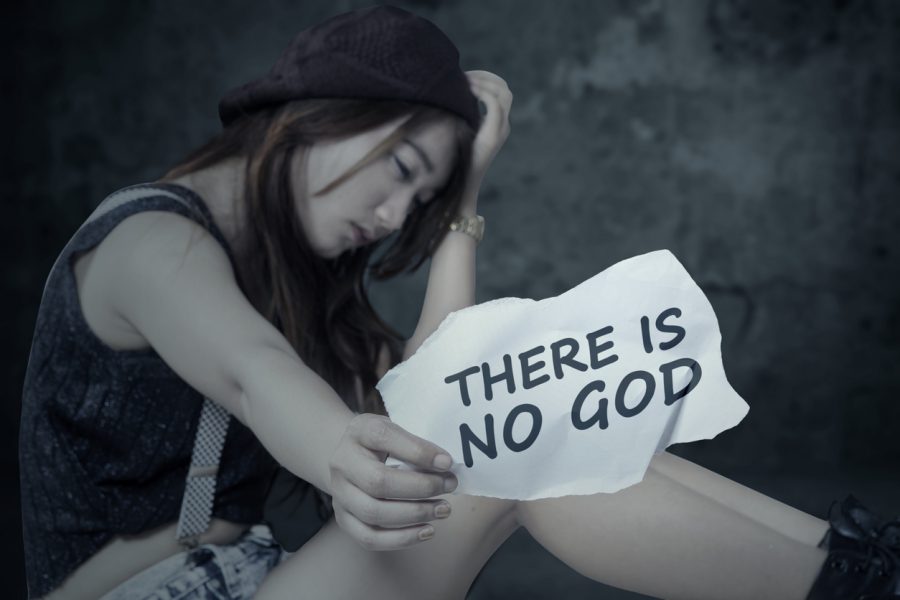 1. What are you doubting? There are three primary things people doubt: 1) Their salvation, 2) God’s love for them, 3) Fundamental issues of the faith. Included with the doubt of salvation is a sub-category: belief that they have committed the unforgivable sin. Which one do you find yourself doubting?

If it is a fundamental issue of the faith that you are doubting, which one is it? The reliability of Scripture? The reality of Hell? The exclusivity of Christ? The existence of God? This is important as, more often than not, people are having an emotional struggle, not an intellectual one, even if they don’t identify it as such. For example, ninety-nine percent of the time, people doubt hell and Christ’s exclusivity not because they have found some compelling logical argument against it, but because it does not square with them emotionally. This does not speak to the legitimacy of the doubt, but to the source of its genesis.

2. Why are you doubting? It’s okay not to know. Most people don’t since doubt is a very emotional thing. It is like asking someone why they are sad when they are experiencing significant depression. They don’t know or they misdiagnose it. It is the same with doubt. Most people really don’t know why they are doubting, but it is important for me to see where you believe your doubt is coming from. Some of the following questions may give us a better idea.

3. Is there anyone in your life — a Christian friend, parent, child, pastor, or someone you respect in the Christian community — who has recently stumbled or lost their faith? If so, can you trace the beginnings of your doubt to this timeframe?

More often than not, we are unaware of the significant impact the faith of others has on our faith. While we may like to talk a big game, believing that our faith stands or falls on our own intellectual prowess, in the end, we are a community of believers and rely very heavily on each other both emotionally and intellectually. When someone we love and/or respect stumbles into serious sin or falls away from the faith, only then do we realize how much we were leaning on them.

4. Have there been any significant tragedies in your life? Tell me about them. What credit do you give God for these tragedies? What blame do you place on God for these events? (Notice, I did not say “Have there been any significant recent tragedies,” as the timing of the tragedy may say nothing as to whether or not these happenings are contributing to your current doubt. I know that with my mental breakdown which manifested itself in my time of doubt, there was quite a bit that had built up over the years and I never dealt with it. Suddenly, four years later, I felt like my mind broke.)

5. Have you had any domestic life changes or struggles? For example, have you taken a different job? Are you struggling to pay bills? Are there problems in your marriage or have you gotten divorced recently? Are you overwhelmed with tasks you have taken on? Any number of things can create an emotional perfect storm that overloads your emotions and can manifest itself in every area of life, including spiritual doubt.

6. Tell me about this aspect of your personality: Would you describe yourself as an intense person who tends toward compulsiveness or a laid back person with a lot of patience? Here is another way, though at first glance it may appear to be odd, to put this (and this will be more relevant to some of us who remember the commercials): “How many licks does it take for you to get to the center of a Tootsie Pop?” If you are old enough, you remember the commercial with the owl. The owl took two licks and then could not contain himself. He then bit straight into the middle. So it took him three. He was intense! If you have to bite into the pop, you might be an intense person.

Why does this matter? Sometimes, more intense people experience times of extreme doubt, often coming on acutely without any warning. This is especially the case when people have — or at least believe themselves to have — more intellectually based doubts. Ironically, I find this most among young men who aspire to be apologists, believing that they must immediately and completely immerse themselves in every debate, book, and argument that exists, both those for and those against Christianity. Eventually, this type of personality is prone to be a “spiritual emotional breakdown.” (In case you were wondering, there have been studies done on how long it takes to get to the center of a Tootsie Pop. It appears to take anywhere from 144-411 licks to get to the core.)

7. Has there been any introduction or subtraction of drugs in your life? Prescription medications? Recreational drugs? Alcohol? As much as some Christians would like to think differently, your brain drastically affects your mind. In other words, brain chemistry — affected by many medications — can deeply affect your beliefs, perceptions of reality, and confidence in your faith. When one starts or suddenly stops some medication, doubts may soon follow.

8. Tell me about your health? How is your diet, blood pressure, exercise routine (or lack thereof)? Have you lost or gained any weight? Are you sleeping okay?

Changes in physical body can also significantly affect your brain. I know a guy who was suffering tremendously with his faith, doubting beliefs that were perfectly stable his whole life. He began to change his views on things, putting a strain on all those around him. As we discussed the reason for these changes over the next six months, we could not diagnose any reason for them. He admitted to me that he could not find any rational basis for his change. After a year, he called me one day and said that all his doubts had suddenly vanished. I asked him what changed. He said that he was diagnosed with sleep apnea and was put on a machine. After a few nights of good sleep, all his doubts went away. Nearly ten years later and he has not stumbled again.

9. Are there any books or teachings that you have recently been reading that might have contributed to your wavering faith? If so, which ones?

10. Are you struggling with any of the traditional moral beliefs or attitudes that the church has on social issues? For example, are you trying to reconcile your sympathy or empathy with the LGBTQ community with what you have been taught? Are you seeing the church more “identified with right-wing politics” than “coming to the aid of the oppressed”? Do you look with increasing disdain on how people are “close-minded” or “bigoted” within the church?

11. Is there any persistent and unrepentant sin in which you are involved? This is sometime the first and only question that people ask. Conversely, for some, it is anathema to suppose that sin might be the issue. While it is not the first question I ask, it is, nevertheless, very important and sometimes the cause of people’s doubt.

12. Do you believe that faith and doubt can exist at the same time? Some people have been brought up believing that everything is black and white. If one has faith, they have no doubt. If they have doubt, they have no faith. I have often found that the alleviation of this falsehood coupled with the introduction and application of the idea of the tension between faith and doubt is all that is needed to reintroduce blood flow to the soul.

C. Michael Patton is the primary contributor to the Parchment and Pen/Credo House Blog. He has been in ministry for nearly twenty years as a pastor, author, speaker, and blogger.