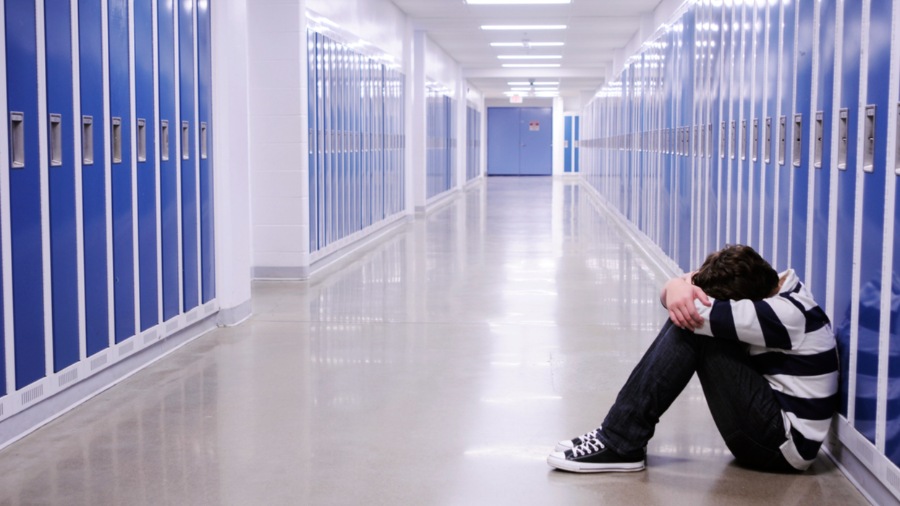 Less than a year after having gender surgery, Nathaniel now says, “This whole thing was a bad idea. I am 19 years old, and I feel as though I have ruined my life.”

It’s heartbreaking each time I get a letter from someone who underwent gender-change surgery and regrets it, especially someone as young as Nathaniel.

Bullied for Being Sensitive

With his permission, I’m telling a bit of his story to raise awareness of the young lives being ruined by the rush to surgery, and hoping that hearing the testimony of this young man will influence others on this path to slow down and consider the consequences before consenting to surgery.

In Nathaniel’s case, he says he was bullied by the boys in elementary school because he was sensitive and preferred playing girl games. When he was a bit older, he discovered internet pornography, heard about transgenderism, and as he says, “convinced myself that’s what I was.”

When he finally worked up the nerve to tell his mother in the summer after eighth grade, she made an appointment with, in his words, “a doctor at an informed-consent clinic.”

He started seeing the doctor a week after his 15th birthday, and from how he describes the next years of his teens, I’d say going to the clinic didn’t improve his life.

“From then on,” he says, “I slowly detached from everything until I was just staying home, playing video games, and going on the internet all day. I stopped reading, drawing, riding my bicycle. I surrounded myself in an echo chamber that supported and validated my poor decisions, because the others were also, unfortunately, stuck in that pit, too.”

A month after his 18th birthday, Nathaniel had what’s euphemistically called “bottom surgery.” For a male like Nathaniel, that means refashioning the male genitalia into a pseudo-vagina. He suffered some complications that required a second surgery a few months later, and he had facial surgery to further feminize his appearance.

Now that I’m all healed from the surgeries, I regret them. The result of the bottom surgery looks like a Frankenstein hack job at best, and that got me thinking critically about myself. I had turned myself into a plastic-surgery facsimile of a woman, but I knew I still wasn’t one. I became (and to an extent, still feel) deeply depressed.

The unpopular truth, which Nathaniel unfortunately learned the hard way at a young age, is a man is not a woman and can’t ever become a woman, even with surgically refashioned genitals and feminizing facial surgery.

Nathaniel is a bright young man who never had the benefit of sound, effective counseling, which would have prevented this horrible mistake from happening. He will deal with it for the rest of his life.

No one will help this young man to detransition. The so-called “informed-consent clinic” (as if a teenager can give informed consent) washed their hands of him. The reckless ideology claims another life.

Nathaniel’s story is not unique. Specifics may vary, but I’ve found that everyone who regrets can point to something that happened that caused them to not want to be who they are and attempt to become someone else.

For Nathaniel, “what happened” was bullying about not being male and viewing pornography on the internet. When he sought help in his distress, the transgender ideology and the gender clinic and surgeons affirmed his false thinking and enticed him down the primrose path.

Another young person with a story of medical malpractice I’ve come to know is Sydney Wright. Born female, Sydney “transitioned,” also at age 18. Now 21, she recently told her story: “I Spent a Year as a Trans Man. Doctors Failed Me at Every Turn.”

She clearly articulates the absence of counseling prior to being prescribed the powerful male hormone testosterone and the horrible effects taking it for even a short time had on her female body.

As more and more people seek help from gender clinics, we’re seeing a tidal wave of those who regret sex change. So many contact me that I wrote a book with 30 of their stories, Trans Life Survivors.

In an article, “Observations in a Gender Diversity Clinic,” published in Ethics and Medics, Dr. Monique Robles, a board-certified pediatric critical care physician, observed that children and adolescents are put on the path to puberty blockers, cross-sex hormones, and “sex reassignment surgery” at gender clinics, but receive no psychological counseling.

She says that this practice is widespread and growing among gender clinics, even though a review of the medical literature shows that none of this treatment regimen is supported by strong scientific evidence.

The reckless gender medical practitioners have blood on their hands. Both Sydney’s and Nathaniel’s young bodies bear the penalties.

It isn’t society’s fault that these teenagers suffered harm. The blame lies with the gender clinics and the medical staff who practice there.

By turning a blind eye to the scientific and ethical aspects of their chosen profession, they are directly responsible for poor outcomes, regret, detransitioning, suicides, and families torn to shreds by unnecessary surgeries.

Faith in God Leads to Restoration

We should be outraged at doctors and surgeons who carve up distraught people, especially teens, and leave them looking like, as Nathaniel says, “Frankenstein hack jobs.”

National public outcry is a powerful force, as we saw in the custody case of Jeff Younger in Texas. We need to support all who are battling the destructive practice of transitioning children.

Nathaniel will need proper medical care to get his life back and funds to pursue legal action, if indicated. If you’d like to help, visit sexchangeregret.com and contact me.

The good news for both Nathaniel and Sydney is that they are revitalizing their faith in Jesus and, as I know well from my lifetime of transgender experience, faith in God leads to restoration, if we allow it.

Walt Heyer is an author and public speaker with a passion to help others who regret gender change. Through his website, SexChangeRegret.com, and his blog, WaltHeyer.com, Heyer raises public awareness about the incidence of regret and the tragic consequences suffered as a result.